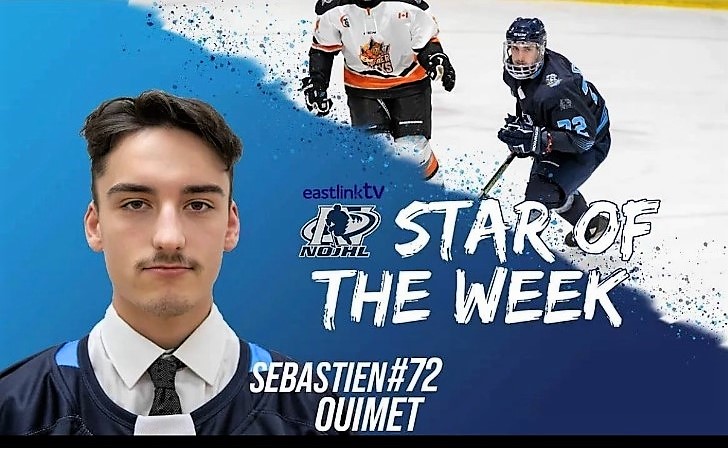 Cochrane Crunch forward Sebastien Ouimet of Vankleek Hill got off to a hot start with his new team in the Northern Ontario Junior Hockey League, scoring six goals in seven games.

Cochrane Crunch forward Sebastien Ouimet of Vankleek Hill was honored as one of the Northern Ontario Junior Hockey League’s Eastlink TV 3 Stars of the Week, after recording points in each of his first seven games with the team.

The 17-year-old has 7 goals and an assist in 10 games in his first season with the Junior A Crunch. Quimet is the son of Louis Ouimet and Chantal Delorme of Vankleek Hill and played last season with the Hawkesbury Hawks Under-18 squad.

“It’s his first year in Junior A and he’s only 17 – he’s doing really well up there,” said proud father Louis Ouimet, speaking with The Review last weekend.

Louis Ouimet will be driving up to Cochrane this week to see his son play in person on Wednesday against Kirkland Lake in the Crunch’s final game before the team’s Christmas break. Father and son will be driving back to Vankleek Hill after Wednesday’s game, where Sebastien will be spending the Christmas holidays with his family, before rejoining the team in the New Year.