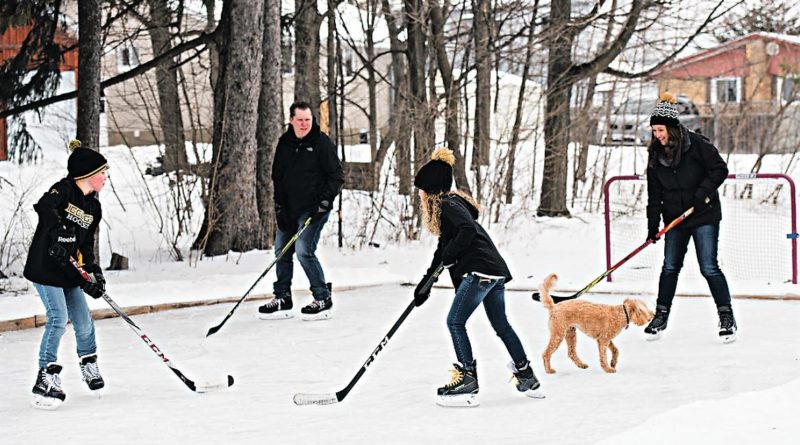 Jason Hall and Randi Tolhurst have built an outdoor rink at their home to enjoy with their two children. Photo by Jan Amell

For Jason Hall and Randi Tolhurst, moving back to Vankleek Hill just made sense when they decided to start a family.

“We still have all our families around here and Randi works here,” notes Jason, who now resides with wife Randi and their two children in the family home in which he grew up. “Once we had kids – with Randi working here, and I don’t mind commuting into Ottawa – it just made sense for us. We always had in mind that we might come back home and since we have, we have really enjoyed it.”

After moving from Barrhaven back to their hometown, Jason has continued to work at the Royal Canadian Mint in Ottawa since the move, while Randi is a teacher with the Upper Canada District School Board. Having both grown up in Vankleek Hill, they appreciate the friendliness of the peaceful village.

“I’ve just always like the sense of community here and I think it’s a great place to raise a family,” Randi says.

One of Jason’s passions is hockey and in addition to playing himself, he is heavily involved in organizing minor hockey in Vankleek Hill. The couple also maintains an outdoor rink in the winter and can often be found outdoors, skating and playing hockey with their two children.