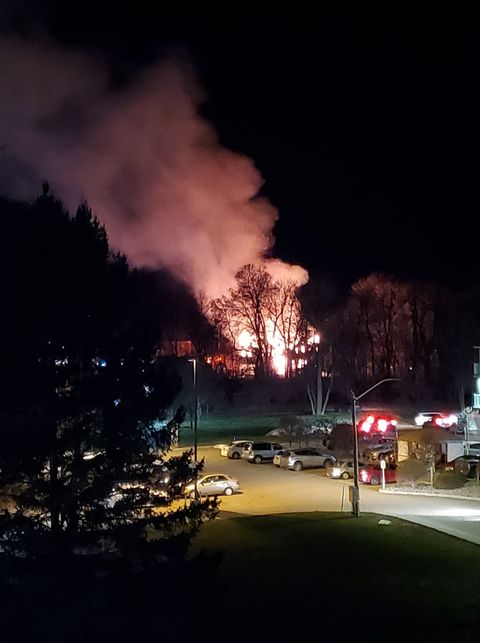 Fire destroyed a house on rue Providence in Lachute on December 7, 2020. Demolition of the house had already been planned. Photo: Rolland Sauvé.

Fire destroyed a house in Lachute that was already destined for demolition on the evening of Monday, December 7.

According to Lachute Fire Chief Alain St-Jacques, firefighters were at the scene of the fire at the vacant house on rue Providence from 3 p.m. to 6 p.m.  The house was already engulfed when the fire department arrived.

St-Jacques said that the owner of the house had already applied to the town for a demolition permit.

There were 30 Lachute firefighters at the scene, which was almost the entire amount available at the time.  The Brownsburg-Chatham fire department was placed on call to cover Lachute if other calls occurred during the rue Providence fire.

St-Jacques said that firefighters used as little water as possible at the house fire in order to reduce contaminated runoff into Rivière du Nord, which is only 10 metres away from the site.

The cause of the fire is under investigation.