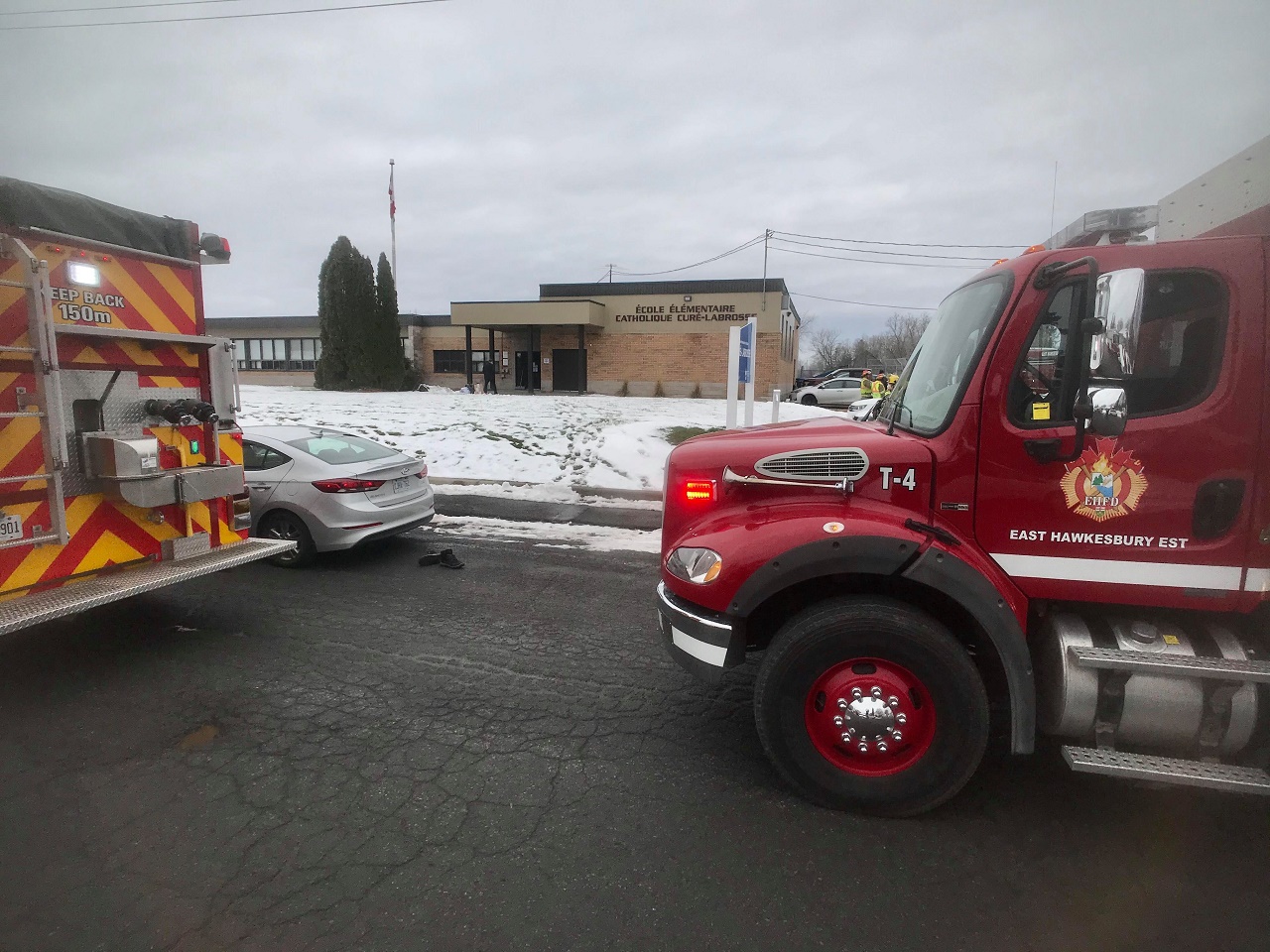 East Hawkesbury Fire Chief Bryce Luker said that an electrostatic sprayer used for sanitization was stored in a closet atop a box of clean rags and the battery malfunctioned, causing a small fire to start.  School staff discovered the fire and put most of it out with extinguishers, but the fire department was still contacted.

The school was evacuated for the fire and there were no injuries.  Luker said that it was the second time that week the school had been evacuated.  The fire department had supervised a fire drill at the school on Monday, November 23.

According to Luker, the call came in at 10:35 a.m. and firefighters were at the school for approximately one hour.