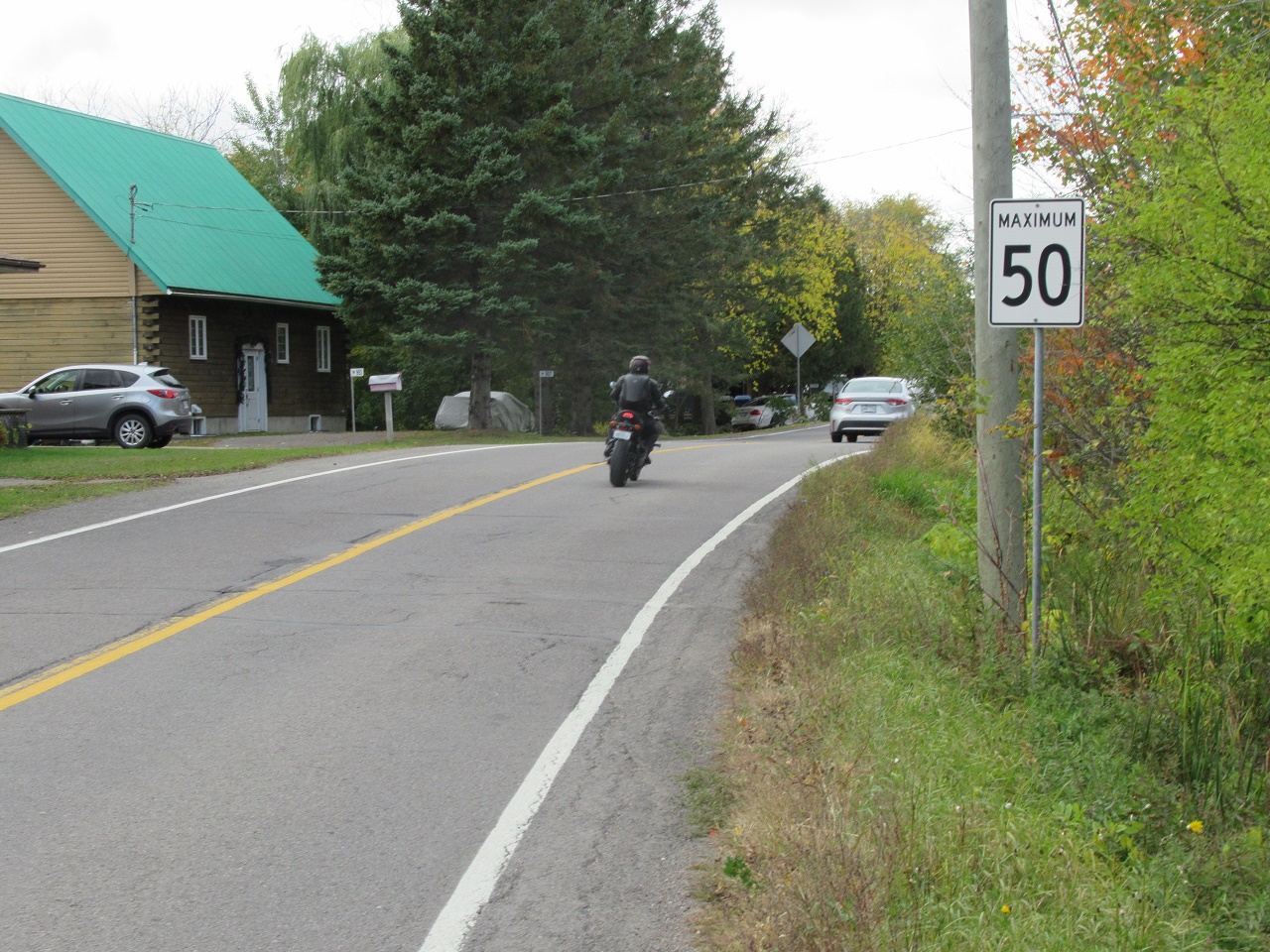 Residents of the Greece’s Point area of Brownsburg-Chatham have a message for people driving through their community on Route 344.  Slow down!  They also want better enforcement of speeding and dangerous driving through the residential area.

At the October 6 Brownsburg-Chatham council meeting, Greece’s Point resident Armand Decoste presented a petition with 93 signatures on it asking for the speed limit and other rules to be better enforced on Route 344.  The posted speed limit in the community is 50 kilometres per hour.  The road is narrow with many homes and fences close to the pavement.  There are no sidewalks and little space for pedestrians to walk safely.

Decoste specifically mentioned that speeding by riders of “Ninja” style street motorbikes has been especially serious.  He said that he has also notified the MRC d’Argenteuil and Sûreté du Québec about the situation.

Route 344 is a provincial road, but Brownsburg-Chatham Director-General Hervé Rivet said that the issues are being raised with the administration of the MRC d’Argenteuil who will lobby the Ministère des transports du Québec for better speed and safety enforcement through Greece`s Point.

Decoste said he wants respect for the speed limit and the residents of the community.