Fire in camper spreads to home in Ste-Anne-de-Prescott 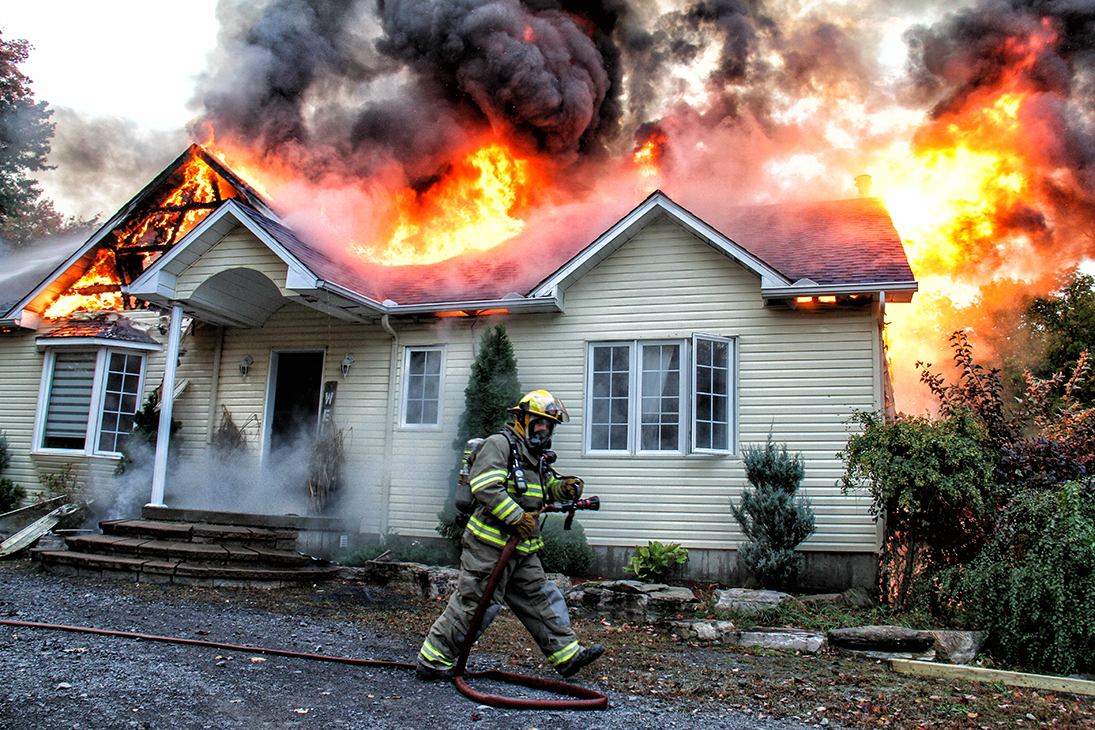 Firefighters from East Hawkesbury, Vankleek Hill, and L’Orignal responded to a fire at a home on County Road 18 in St-Anne-de-Prescott on Saturday, October 3, 2020. Photo: Stéphane Brunet.

A fire caused significant damage at a home on County Road 18 in Ste-Anne-de-Prescott on the morning of Saturday, October 3.

According to East Hawkesbury Township Fire Chief Bryce Luker, the call arrived at approximately 7 a.m. and firefighters were on the scene until approximately 1 p.m. Saturday.  Firefighters from Vankleek Hill and L’Orignal also assisted at the scene.

Luker said that the fire began in a recreational vehicle (RV) parked next to the house which spread to garage and attic area.  He said that the cause of the fire was likely electrical as the power cord for the RV was plugged into an outlet on the house.

“Basically, from the attic up is completely gone,” said Luker of the damage to the house.

He said that the house may have to be demolished as a result.  However, there was only some water damage to furniture inside, but some ceilings collapsed.  Luker estimated that $350,000 to $500,000 worth in damage was caused by the fire.

The couple who lived in the home were not injured and were alerted of the fire by someone passing by.  Unfortunately, two cats perished because of the fire.

Luker said that the couple’s family quickly responded, and he believed that they are staying with nearby relatives, but the Red Cross would assist if needed.

An online Go Fund Me campaign to raise money for the couple has been created.  It identifies the occupants of the home as Sylvie and Daniel Pilon.  As of the afternoon of Wednesday, October 7, $5,270 had been raised.