Québec hopes to speed up twinning of Autoroute 50, but no definite timelines or costs yet known 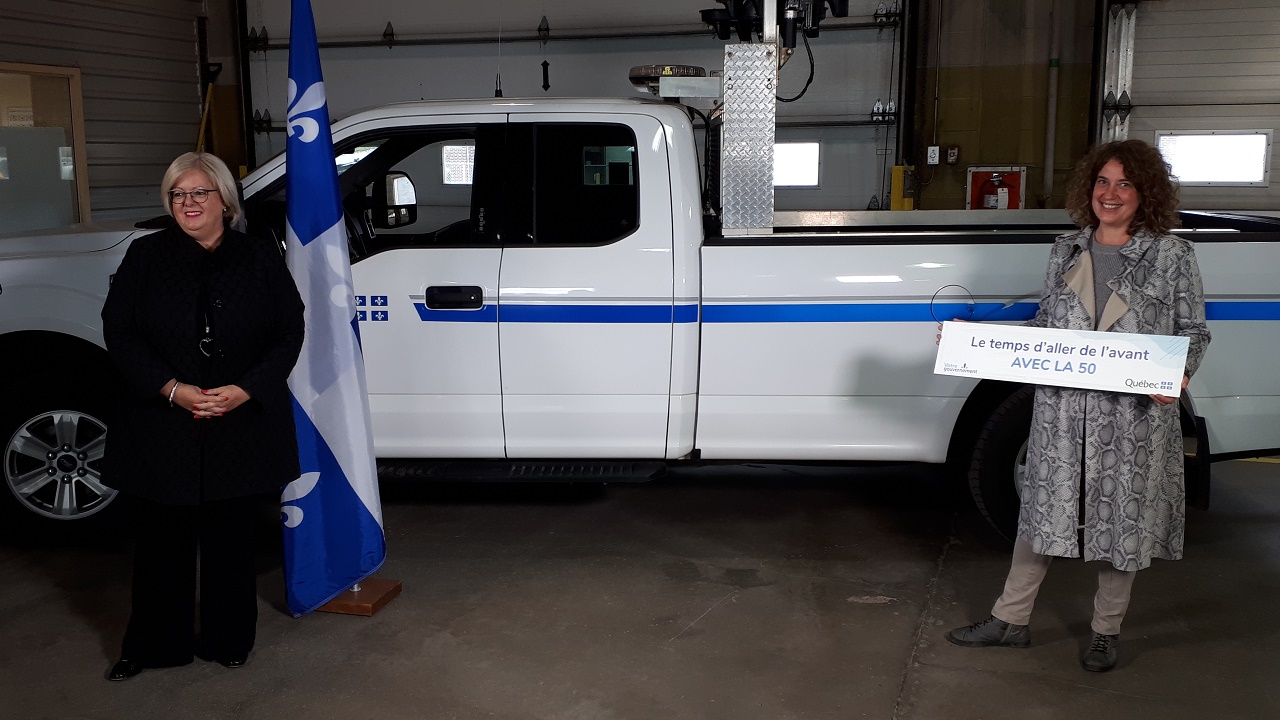 Minister responsible for the Laurentides region Sylvie D’Amours at left, and Argenteuil member of the Québec legislature Agnès Grondin at

The announcement was made in Lachute on Friday, September 25 by Sylvie D’Amours, Minister responsible for the Laurentides region and Member of the National Assembly for Argenteuil, Agnès Grondin.

A bill is currently before the Québec legislature that if approved, would allow certain infrastructure projects to go ahead more quickly.  If the bill becomes law, it means that work on the highway between Lachute and Mirabel could begin in 2022.

D’Amours could not say when work may begin on twinning the much longer section of highway between Lachute and L’Ange-Gardien.  She also said that the cost of the entire project is not yet clear and will depend on the outcome of the requests for proposals and negotiations.

There are only sporadic sections of divided, four-lane highway on Autoroute 50, which has resulted in several serious and fatal collisions in recent years.  Both D’Amours and Grondin said that making the highway fully divided will lead to safer conditions.

“This is one of the biggest projects in Québec,” said D’Amours.

Grondin emphasized that the target start date of 2022 depends on the approval of the bill by the legislature.

“That’s the wish of the government,” she said.

D’Amours said that unlike promises made by previous governments to improve Autoroute 50, Friday’s announcement was not political or partisan.

“We are serious.  This is not an election campaign.”