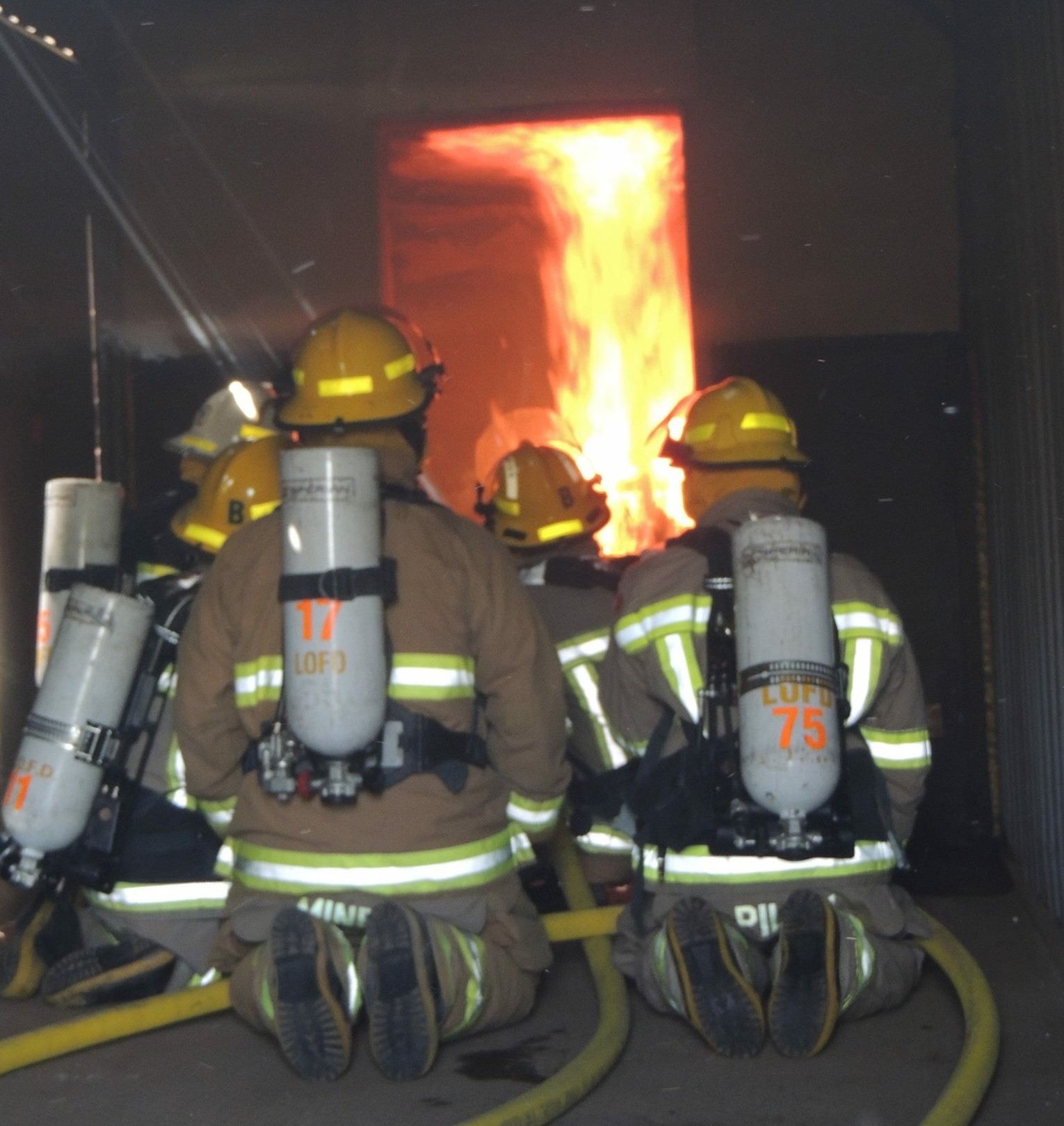 Firefighters from East Hawkesbury were at the site on Saturday, September 26, training with the L’Orignal department on live-fire situations. The training offered some of the volunteers with their first chance to experience the real-world conditions presented by a working fire.

“For some of them, this was actually the first time they were exposed to a real fire,” said L’Orignal Fire Chief Richard Sincennes. “They said it was well organized and that they felt safe with the way we were doing our procedures. We were very happy with the comments.”

L’Orignal’s fire training centre was constructed at the Champlain Municipal Landfill in 2017. It contains three steel containers, which are welded together. The landfill site is located well away from any other buildings and ensures no one is bothered by the smoke the training creates.

“We are very far from everybody, so that way we don’t bother neighbors with the smoke or noise,” noted Sincennes of the training location, which has been provided by Champlain Township.

The 12 firefighters from East Hawkesbury were doing live-fire training, which uses one container set up as an apartment. The container is split into two sections, with half-wall separating the trainees from the actual fire. The training allows the participants to observe the fire as it moves through four different stages, from ignition to flash over. The exercises are based on training information provided by the International Firefighters Association.

“While the firefighters are in the container, the instructors are explaining how the fire is involved,” said Sincennes. “We talk about the four phases of the fire and show how when the fire is taking more and more volume – you can see it breathe.”

“(The fire) is pulling its air from the floor, so you can see kind of a wind on the floor – that’s what we are actually showing to the firefighters. We actually bring the flame on top of us, but it is in a controlled environment. We don’t bring it right up to its flash over because it is too dangerous.”

The exercises are watched over by a command post, which monitors the temperature of the fire. Safety officers also observe the training and other firefighters are positioned around the container to ensure everything stays under control. They use hoses to bring down the fire when temperatures in the container reach a pre-determined level and then allow the flames to rise back up again.

The L’Orignal station is now looking to expand training by offering the use of the training site to other fire departments in the region. In addition to the recent training with East Hawkesbury volunteers, the site will host firefighters from the Vankleek Hill Fire Department on October 30. The Vankleek Hill and L’Orignal departments are sister stations within the Champlain Township Fire Department and the training will help to align procedures within the two stations.

“It’s the same with East Hawkesbury – they often work with us, so that is why we invited them to train. (With the training) everybody works the same way on a fire.” 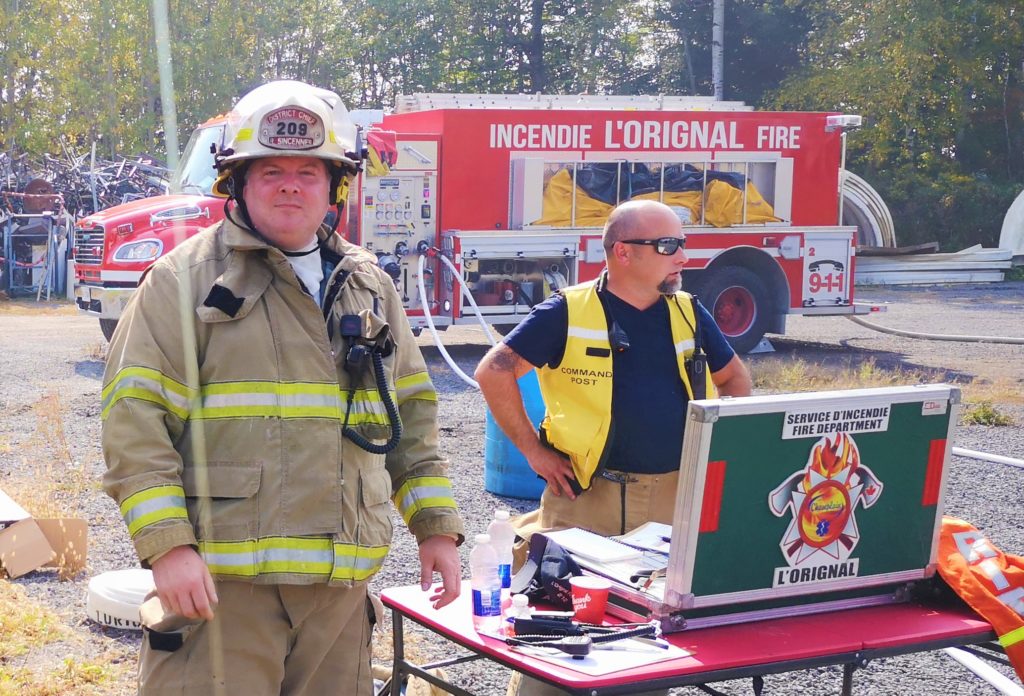 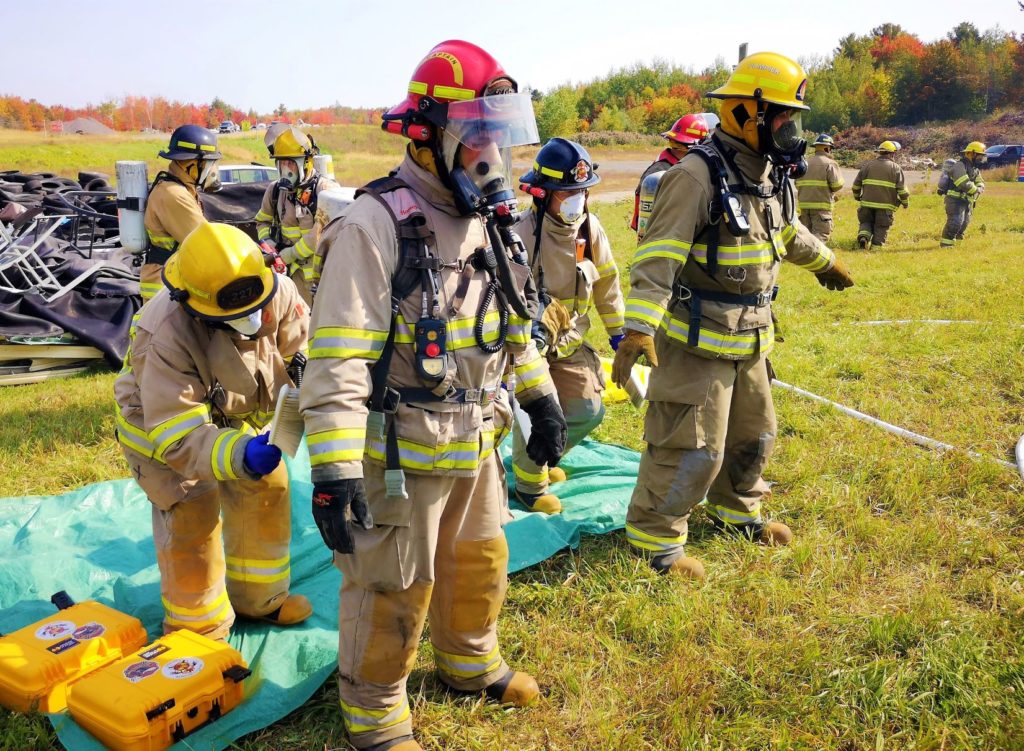 All participants must undergo decontamination and vital sign monitoring after their training exercise. Photo by Reid Masson 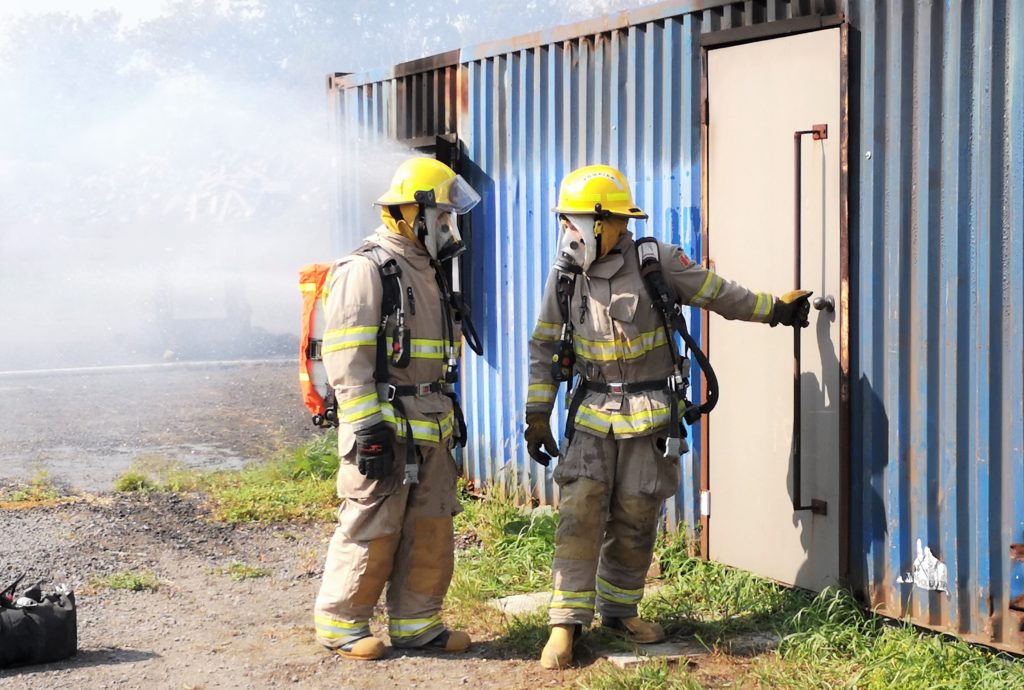 Pierre Phillipe Lafleche and Francois Bellemare from the L’Orignal Fire Department’s Rapid Intervention Team monitor the fire training container from the outside to ensure the safety of the trainees. Photo by Reid Masson 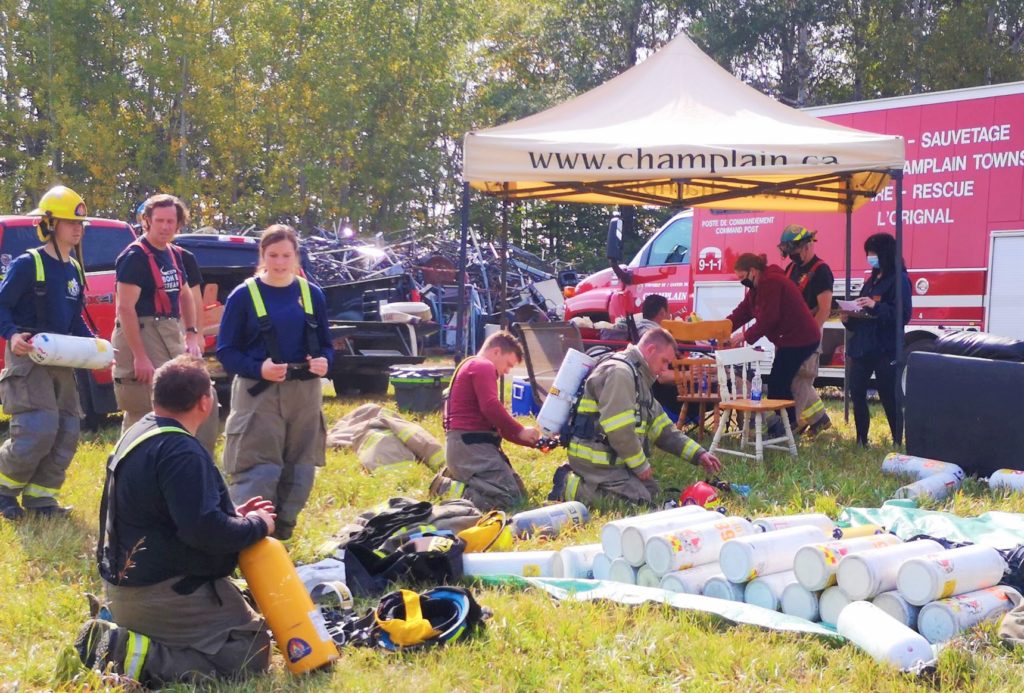 The REHAB Section under supervision of Emilie Vandergothen (RN) Alain Tessier (Paramedic) and Hollie Lafontaine. Vital signs are checked before entering and after the live fire evolution.