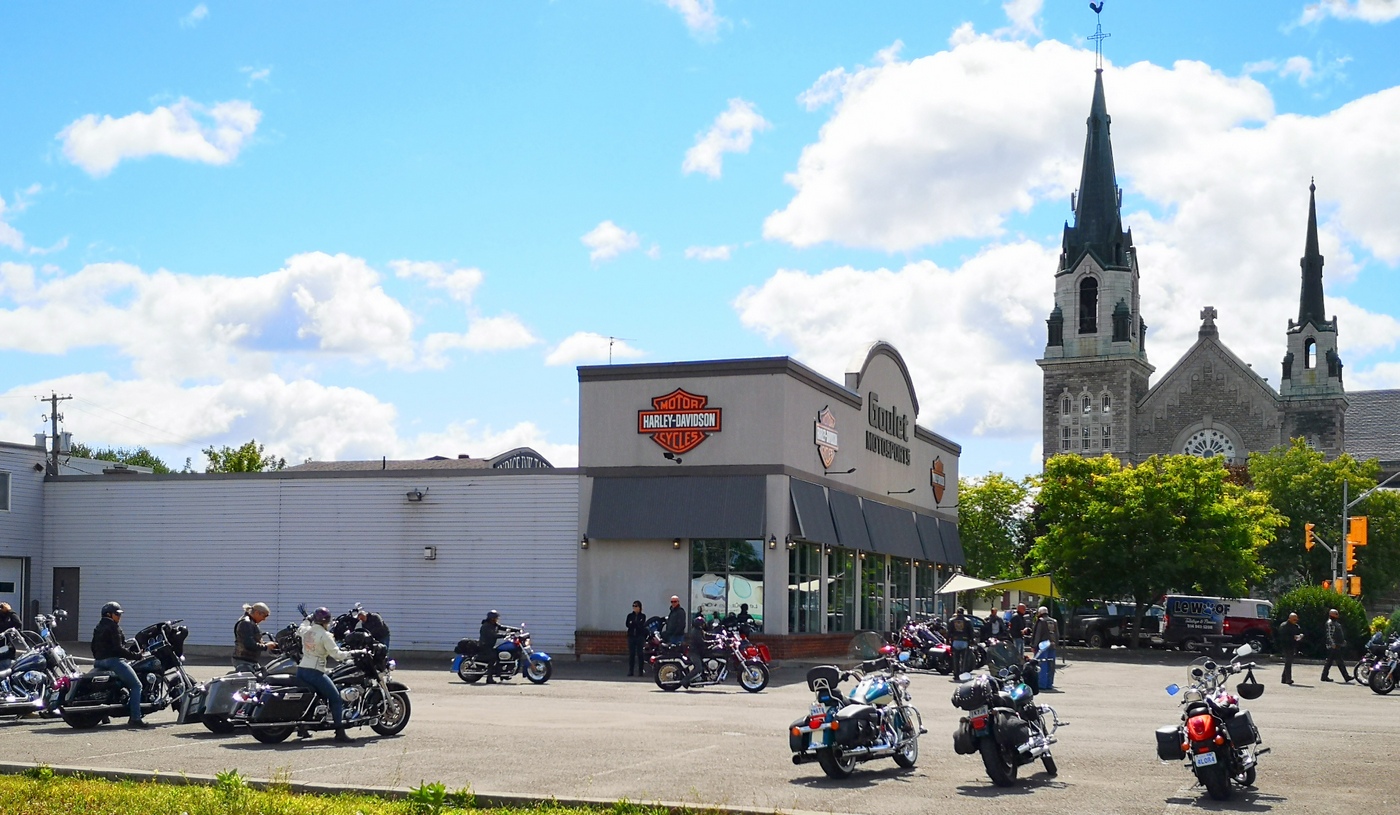 Motorcyclists gathered in the parking lot at Goulet Motosports on Sunday, Aug. 30. Photo by Reid Masson

The mayor of Hawkesbury is defending one of the town’s most recognizable businesses.

At the September 14 council meeting, Paula Assaly said that she has written a letter to Harley-Davidson Canada asking the company to reconsider its decision to end its franchise with Goulet Motosports on John Street.

Goulet Motosports has been in business for 41 years and attracts thousands of motorcycle enthusiasts each year, especially on weekends.  In late August, the owners announced that the shop will close on October 31 due to the decision by Harley-Davidson.

Assaly said that her letter highlighted the economic importance of Goulet Motosports to Hawkesbury as a destination, and to other businesses in town.

The Town of Hawkesbury is cooperating with the COMZAC-BIA on acquiring new trees along Main Street in the downtown area between Atlantic Avenue and Race Street.  The tree replacement plan will be considered while the 2021 municipal budget is developed.  The COMZAC-BIA has offered to contribute $1,000 towards the cost of the new trees.  Councillor Lawrence Bogue said that approximately five trees will be planted.  Assaly said that it is important that the trees will not obscure the signs for the businesses located in the area.  The town will hire a specialist to recommend what type of tree is best for the urban setting.  Bogue said that shade will improve the area for pedestrians.

Municipal Director of Human Resources Dominique Dussault was re-appointed as Acting Chief Administrative Officer (CAO) for the Town of Hawkesbury on September 1.  Dussault had previously served as Acting CAO from July 8 to August 14 because of CAO Daniel Gatien going on leave.

The town continues to advertise the vacant Clerk’s position.  Former Clerk Christine Groulx resigned on July 3 and Sonia Girard is serving as Acting Clerk.  The town is also seeking to fill the vacant Facilities Manager position.  The Aquatics Supervisor’s position has also been filled after becoming vacant in June.