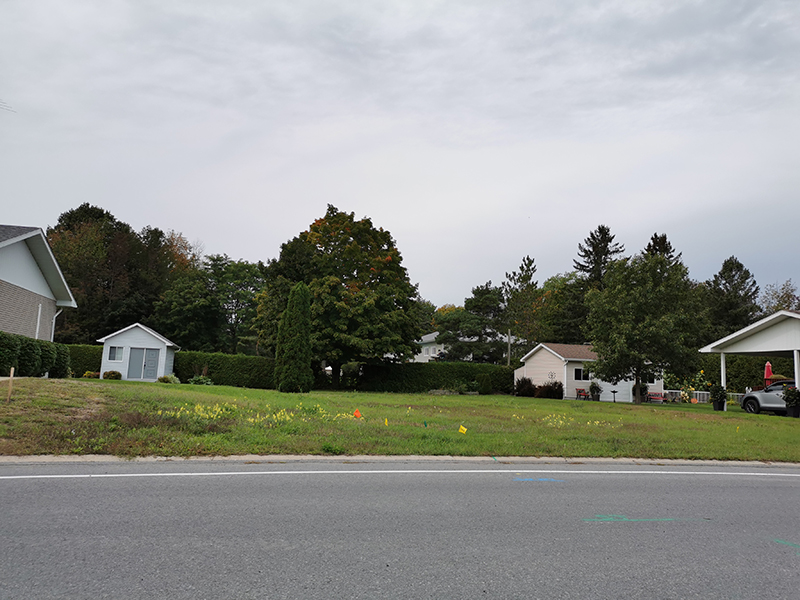 Councillors reviewed the planner’s report, and then a key question was asked by Vankleek Hill Councillor Peter Barton, who wanted to know what the developer’s chances were to appeal and have council’s decision overturned if it rejected the zoning amendment application.

Barton said he was aware that the person developing the property had shared information with those living near the vacant lot.

They appreciated the information, Barton said, but noted “People continue to be in opposition to this.”

Champlain Township’s senior planner Jennifer Laforest said that the applicant would probably be successful in an appeal.

Barton said that was his understanding also.

That exchange took place after council reviewed residents’ objections in a planning report received at its regular meeting, which took place electronically on September 10.

The issues that were brought forward were listed in the report prepared by Laforest.

An increase to vehicle traffic was one issue highlighted in the report. The rezoning of the property from single detached to permit two semi-detached dwellings will not have a significant impact on traffic and a traffic impact study is not required on the part of the builder.

Pedestrian safety was another issue raised, along with the mention of sidewalk installation. The planning report states that the installation of sidewalks in a mature neighbourhood on municipal roads is at the sole discretion of council and that there is no mechanism, nor would it be practical, to request the applicant construct a sidewalk on Home Avenue.

Front yard landscaping and tree protection were other issues that were mentioned. Champlain Township does not currently have a by-law in place requiring developers to install trees in front yards or forcing developers to maintain a certain proportion of the site as soft landscaping.

Property owners in the village are entitled to remove trees on their properties without applying for a permit.

Citizens also expressed the desire to maintain an exclusive single-residential neighbourhood character. The planning report indicates that restrictive covenants or limits on infilling are difficult to impose within mature neighbourhoods. The rezoning process is in place to ensure that lot configuration and size as well as other requirements are met, when infill developments are proposed.

The lot configuration, location and size of the lot in question on Home Avenue can accommodate the proposed use: a semi-detached dwelling, without special exception.