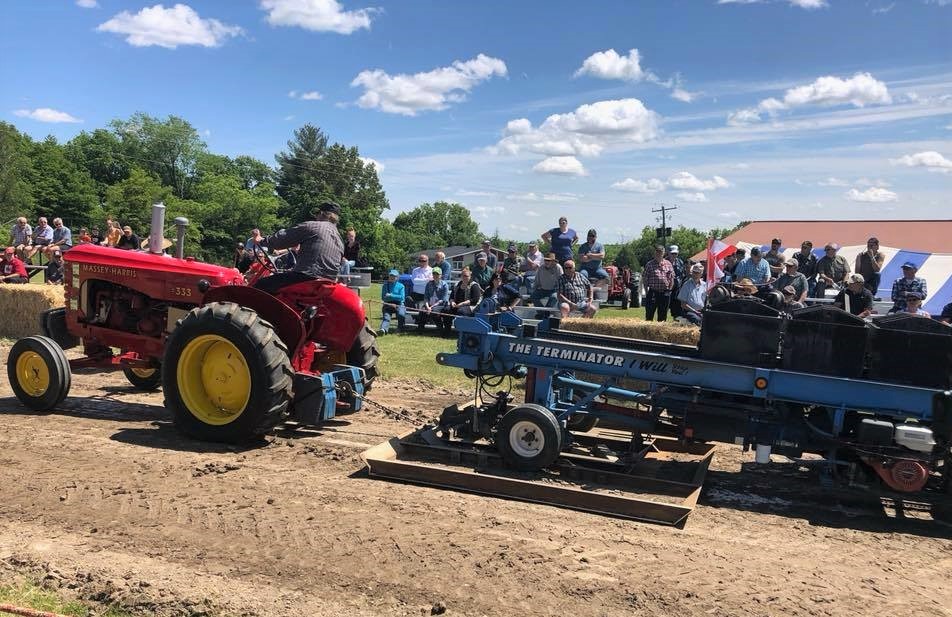 The event is a make-up for the cancelled 24th edition of Antique Days, which was to have been held in early June. The event will feature both Antique (pre-1960) and Classic tractors competing in various categories, based on vehicle weight and age.

“Next year is our 25th, so we’re hoping to be able to have a proper 25th anniversary,” said event organizer JF Santerre. “But for this year we wanted to have at least a downsized event to keep (the momentum) going.”

The tractor pull is being held at the Centre d’Action on Rue Arthur Lavigne in Ste-Anne-de-Prescott. Registrations for tractors and drivers begins at 8:15 am., with the gates opening to the public at 11 am. Admission is $10 per person at the gate and $10 per pull for competitors.

The September 26 event will be following social distancing guidelines, including limiting the total number of people on the site to 100. Priority will be given to competitors and their crews, after which the gates will open to spectators up to the limited number of persons. Hot dogs, chips and beverages will be available on site from 11 am. to 1 pm.

Although much smaller than the three-day long Antiques Day festival normally held in June, organizers are happy to have salvaged at least a portion of the event.

“All of the money we raise from Antiques Day goes back into the community – the community centre, the park – so we’re hoping to at least have some funds from this event to help,” Santerre noted.

Competitors can confirm their participation in the event by contacting JF Santerre at 613-677-1228 by September 20. In the case of rain, the event will be moved to the following day, Sunday, September 27.

More information on the the event can be found on its Facebook page.