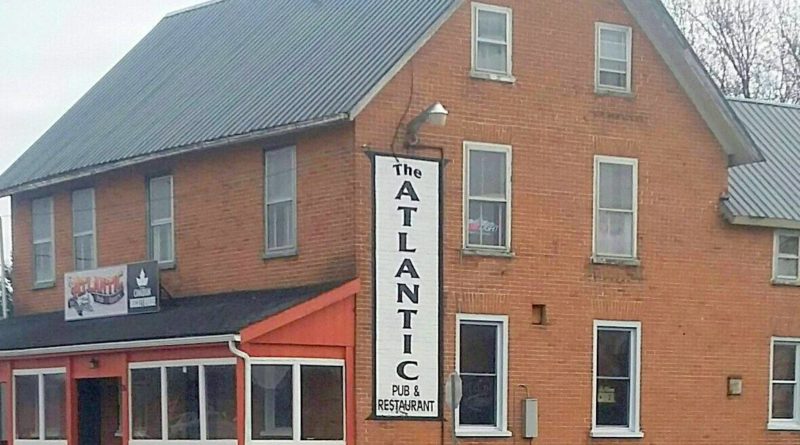 The iconic Atlantic Pub and Eatery in Alexandria has closed its doors.

The announcement was made by co-owner Richard Willard on the pub’s Facebook page last Friday and noted the restaurant would be closed effective August 1. Located across from the Alexandria train station and in business for more than a century, the historic building has been listed for sale for the past several months. Willard has owned the pub for 27 years – the first 24 with a partner, before he took sole ownership 3 years ago. While he will no longer be running the pub, Willard remains optimistic that a new proprietor will be found who can keep the business running under its current name and bring new ideas to the table.

“In the end, a difficult decision had to be made. Sadly, I decided to close the Atlantic Pub,” said Willard in his Facebook post. “As you all know, my Establishment is for sale. I’ve been in business for 27 years and it’s time for someone with fresh, new found ambition. Lots of different possibilities can be done with this beautiful historical building. I hope that this great business continues in Glengarry!!”

Reached by phone after the closure was announced, Willard said he feels the time is right for new owners to take over and put a more modern stamp on the historic food and beverage establishment.

“Moving forward I think there are new ideas that other people might have (for the Atlantic) and I just don’t have those fresh ideas,” Willard commented. “Just going to a place and getting the menu on your phone – I don’t have that capability, I’m not tech savvy.”

The original structure of the Atlantic Hotel was constructed in 1882 and has had many upgrades over the years. Its listing on realtor.ca notes that it features an 80-seat outdoor patio and living quarters upstairs.

“If someone took the upstairs as their own space, they could live upstairs and run the business – that’s what we did for the first few years when we first bought it,” Willard noted.

The outpouring of support he has received from customers and the community at large since the announcement of the closure was made has been greatly appreciated by Willard and his staff, several of whom have worked at the Atlantic for the entire time he has owned the pub.

“The last few days the support we’ve had has been more than incredible,” Willard said, adding he will greatly miss seeing the staff at the pub each day. “We will still keep in touch – it’s never the same, but definitely, with this being a small town and with that much history together, we will hook up once in a while.”