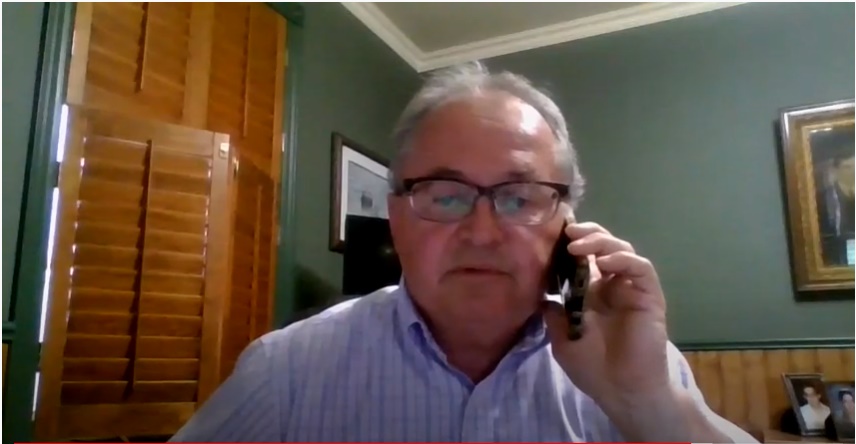 A retirement apartment complex in St-Albert is receiving a short-term loan from the United Counties of Prescott and Russell (UCPR).

When UCPR council held its last meeting before the summer break on June 24, La Nation Mayor François St-Amour explained that the Résidence Lajoie required a loan of $164,000 to cover pre-construction costs associated with a plan to add 24 new units to its facility.  The total project cost is estimated at $5.54 million.

Résidence Lajoie is a not-for-profit housing corporation that was founded in 1985 with financial support from the former municipality of the Township of Cambridge to provide housing for senior citizens based on financial need.  The existing, two-story building is located on Albert Ouimet Street in St-Albert.  The facility is governed by an eight-person council that includes two representatives from La Nation municipal council.

The 24 new apartments will include three fully accessible apartments.  It is hoped that the new dwellings are completed and ready for occupancy in March or April of 2022.

St-Amour explained that due to Résidence Lajoie’s not-for-profit status, obtaining a loan from a regular financial institution is a challenge.

Documents outlining Résidence Lajoie’s request for the loan refer to the loan made to the facility in Embrun and noted that the project there was a success.  The request also noted that the 24 new apartments are needed to meet affordable housing needs in the western part of the UCPR.

The purpose of the loan is for the facility to cover costs while it awaits financing from the federal mortgage agency, the Canada Mortgage and Housing Corporation (CMHC).

Hawkesbury Mayor Paula Assaly said it would be important to have assurance that Résidence Lajoie is receiving financing from the CMHC before approving the loan.

The council meeting was held by video link with each mayor and member of the administrative staff being situated in his or her office or home.  St-Amour was then seen on camera dialing his mobile phone.  He told council that he was going to ask the manager of Lajoie Résidence if there was written confirmation of the CMHC financing.

From his phone call, St-Amour found out that there is written confirmation of the CMHC financing and that the UCPR would be provided with a copy of the document.

The loan is to be provided to Résidence Lajoie for a six-month period.  Rules to protect the financial risk to the counties are being included in the loan agreement.  Current market interest rates will apply.

The resolution to approve the loan was moved by East Hawkesbury Mayor Robert Kirby, seconded by Casselman Mayor Daniel Lafleur, and given unanimous approval.