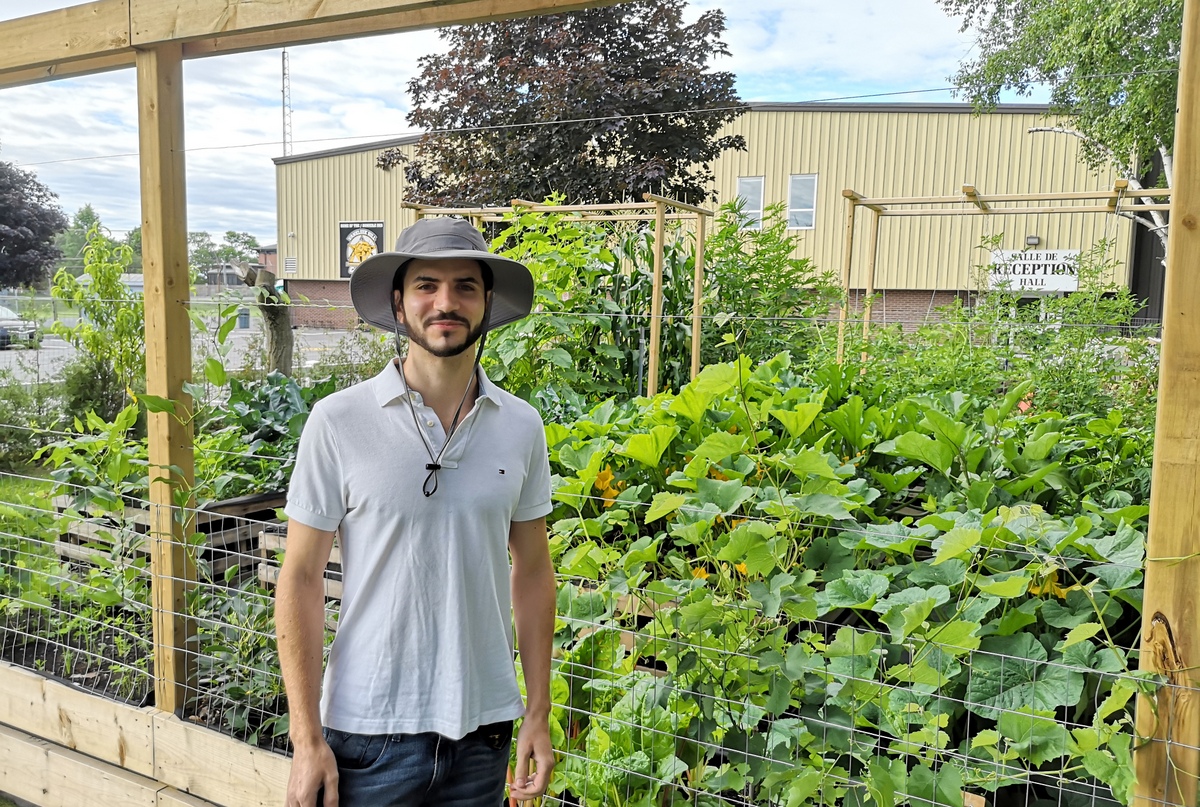 The 27-year-old has gone all in for 2020, growing just about anything one could imagine in his mini plantation, which is located behind his parents’ Mill Street home and directly beside the arena’s parking lot. Although it is still only about halfway through the growing season, 10-foot-tall corn stalks dwarf anyone walking through Grandinetti’s garden, the cherry tomato bushes are loaded with fruit, and Italian cucumbers are thriving in what is normally a non-ideal region for them – thanks mainly to this year’s dry, hot weather.

“This year’s growing season has been amazing,” the amateur horticulturalist comments, noting the property’s location in town – with municipal water supplied – has helped his produce thrive this summer’s drought. “What I can profit from in this weather is being able to irrigate. We do have access to old wells, so we also have water-storage capabilities. I’d like to set up a rain-water-harvesting system, so I can be more independent.”

The massive garden’s location beside Vankleek Hill’s arena and community centre attracts a lot of attention from passers by and Grandinetti is happy to converse and answer questions from those interested in his project.

“Last year I didn’t have much to show off, but people were very interested in what I was doing, because I was growing as much as I could in a small spot,” recalls Grandinetti, who shares his produce with family, friends, coworkers and neighbors. “This year it’s non-stop – I have people coming all the time. They are inspired by it and that’s really what I was hoping for – to show people that it’s so easy to have abundance right in town. If people want to come see it, they can take a drive by and have a look and if they see me here I love to talk with the community and interact.”

Grandinetti started the garden in 2019, beginning with a smaller version, as he was not confident the area was a good spot for growing, due to trees on the property which blocked out the sun.

“Last year I wasn’t sure if this property would be suitable for growing – we had a lot more shade – but we had pretty good success,” he remembers. “Since then I’ve pruned it and taken some trees down, which has given me more opportunities to grow and get better results. Last year it was basically a third of the size.”

One of the keys to this year’s expansion was the purchase of a 1000-gallon fabric container, in which the experimental grower has inter-planted corn, potatoes, and two varieties of squash.

“It was quite an ordeal filling it with dirt, but things grow very well in those kind of fabric pots,” laughs Grandinetti, whose regular job as a production manager with micro-greens-producer Kyan Culture in Vankleek Hill has provided him with the knowledge required to maintain his produce. “In my tomato bed I have five different kinds of tomatoes. I have cucumbers, melons, honeydew cantaloupe – I just try to grow what I can in the space I have and have it still stay healthy.”

While many recreational growers have expanded their plots this year due to fears of food issues from the COVID-19 pandemic, Grandinetti’s motivations for increasing the real estate of his garden were already established.

“I’ve been on this journey for four years now, so it just so happens that during COVID this kind of reinforces why I am doing this,” comments Grandinetti, who hopes others will be inspired by his efforts. “I’ve always planned to try and be a source of inspiration and education for natural and organic farming – re-establishing our connections with our food, our communities and the planet itself.” 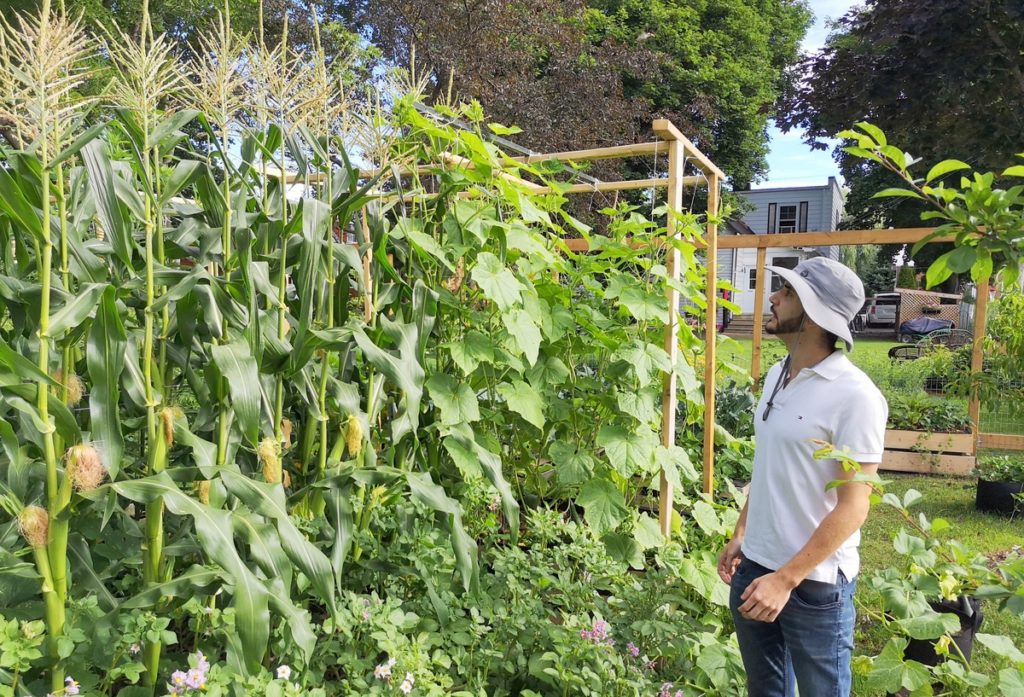 Amateur gardener Anthony Grandinetti looks up at the 10-foot-tall corn stalks growing in his private backyard garden in Vankleek Hill. The massive garden beside the town’s arena attracts a great deal of attention from passers by.