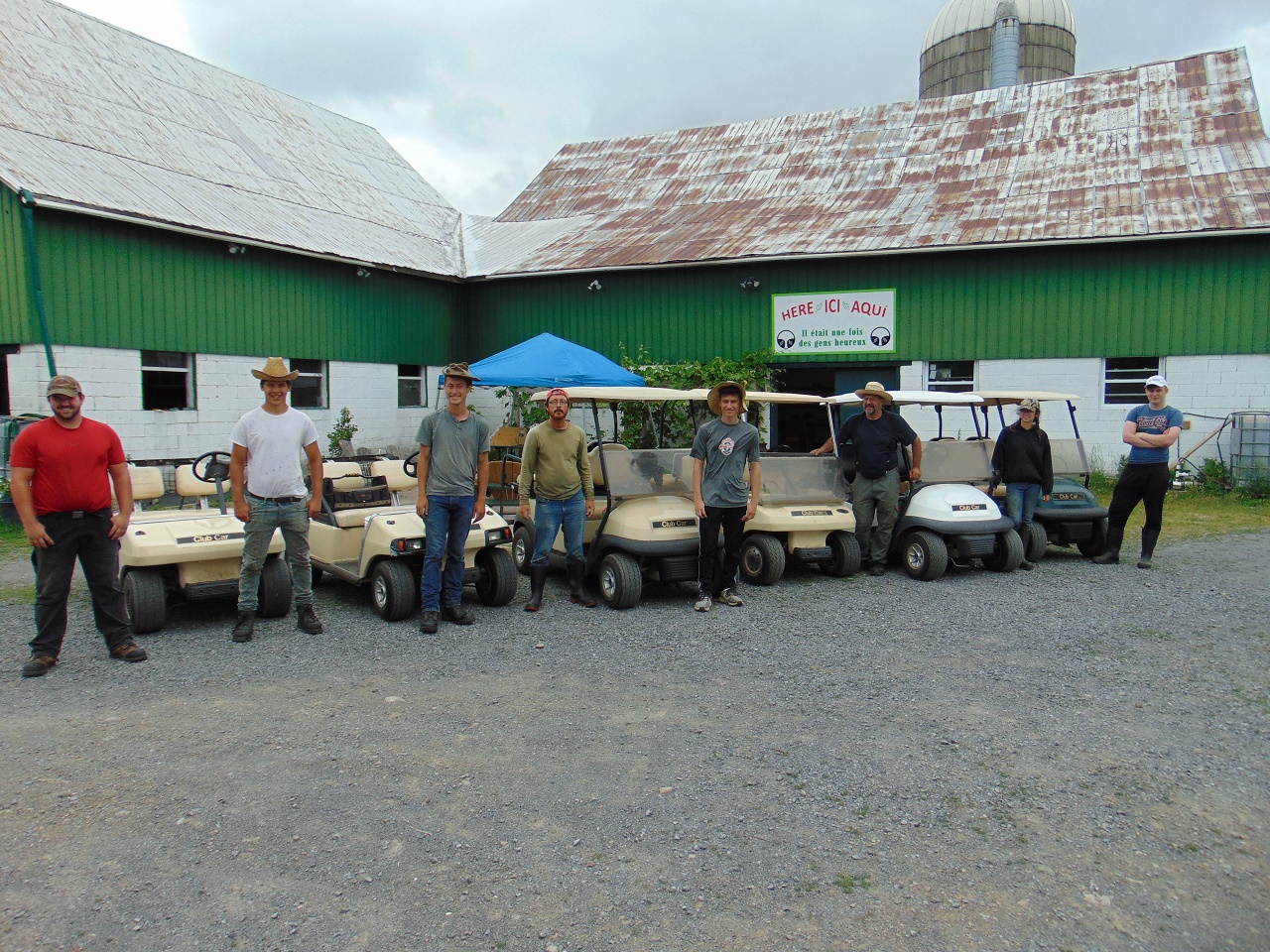 For many people, berry picking is as much of a summer tradition as beaches and barbecues.  And, it is a perfectly physically distant activity!

Robert Poirier, owner of Les Fruits du Poirier near St-Eugène, has adapted the business to respect the realities of public health and make customers feel safe and welcome.  He also has a new chef, Jean-François Deslauriers on staff this season who is preparing pies and other products made from what grows on the farm using new recipes.  Deslauriers has considerable experience as a chef at a private club in Montréal.

“The pies are fantastic,” said Poirier.

Pick-your-own started on June 24.  Haskap berries are now in season, and the season for black raspberries and gooseberries is about to begin.  Sea buckthorn is a new berry that Poirier has added to the available selection this season.  He said that things are going well, but the dry weather conditions are a bit of a concern.

“It was very complicated,” is how Poirier described adapting to the rules resulting from COVID-19.

In an attempt to minimize the contact between employees and customers, Poirier has developed an option for regular customers to obtain a membership which provides them with a map so they can come and go easily from the farm.  When membership customers are finished picking, they weigh and pay for their harvest on an honour system.  The map shows them where to pick various berries or other fruit.  Another measure Poirier has taken to better protect customers is reserving Fridays for pick-your-own customers over the age of 60.

“We’re always careful,” said Poirier.”  He noted that it does take more time for employees to get certain tasks looked after due to the extra precautions they have to take.

Poirier has not had issues with foreign workers having difficulty entering Canada because he does not normally hire people from outside the country.  All eight of his employees are from the surrounding area.  He said that three of his students from last year have returned and two new students have also been hired.

In addition to pick-your-own and sales at the farm, Poirier is planning to sell at farmer’s markets in Vankleek Hill, St-Anne-de Bellevue, and Ottawa throughout the summer.