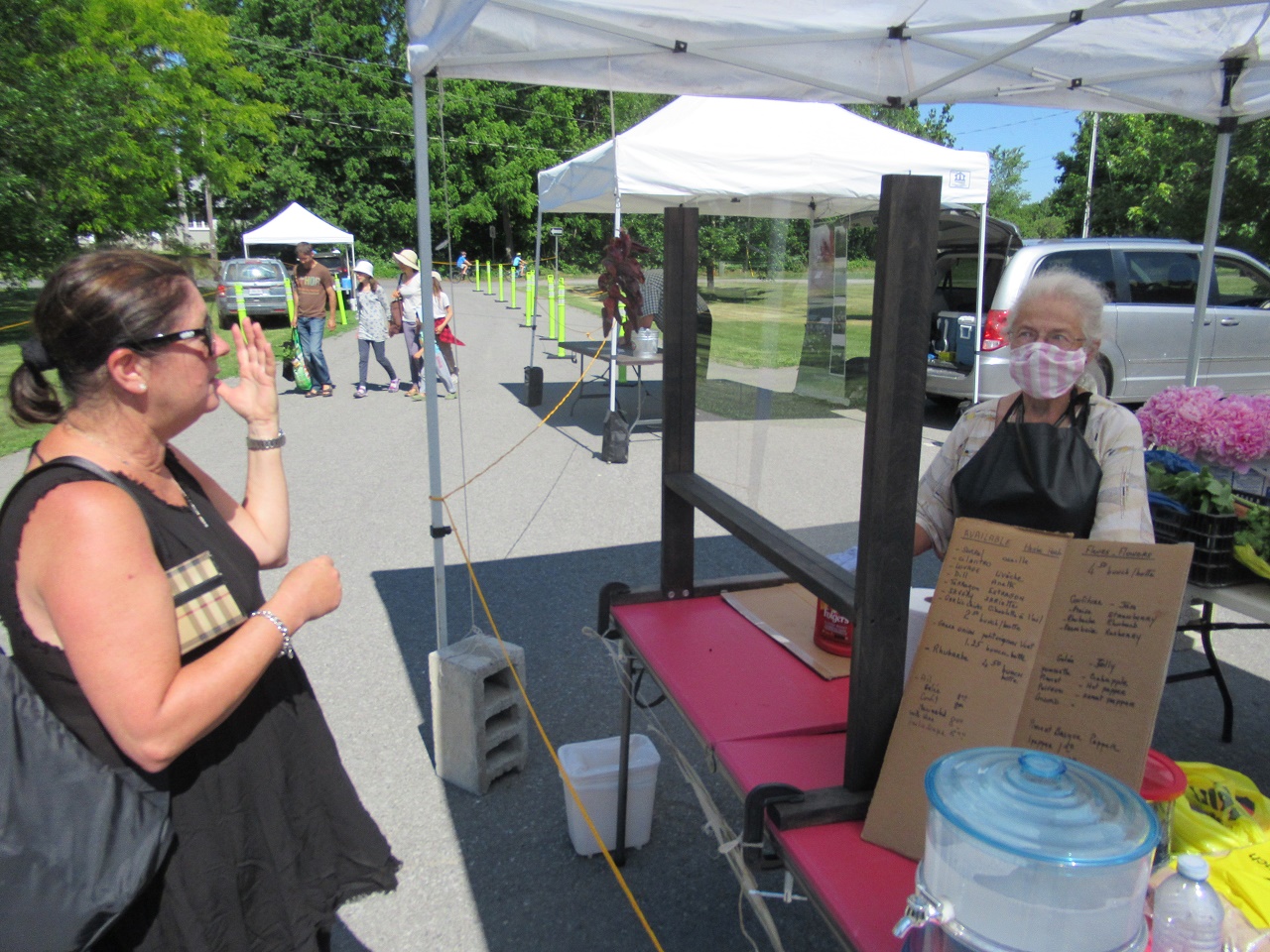 A customer at the Vankleek Hill Farmers’ Market speaks with Anne Codette, at right, of Les fines herbes in 2020. Photo: James Morgan

For many local farmers and shoppers, the weekly farmers market is part of the routine.  COVID-19 temporarily put an end to that, but everything from parsley to pork chops is being sold again at local markets.

On May 28, the Eastern Ontario Health Unit (EOHU) approved rules that would allow farmers markets to reopen throughout Prescott and Russell, Stormont, Dundas, and Glengarry counties, and the City of Cornwall.  The next day, on May 29, the Maxville Farmers’ Market opened at King George Park in the village, but only one vendor, Avonmore Berry Farm, was present.

The Maxville Chamber of Commerce organizes the farmers’ market.  President Audrey Evans said that they had only received approval from the health unit at 2 p.m. on May 28, which did not give most vendors enough time to make the extra preparations required to go to the market.

Those requirements include maintaining physical distancing between vendors and customers, Plexiglas shields at the sales table, and face coverings on vendors.  All products are located on tables behind the vendor, customers ask for what they want, the vendor selects it, and hands it to them while taking their payment.

“It’s nice to see a community can still come together and support local,” said Storey Quinn, who was running the Avonmore Berry Farm stand with fellow employee Katie Arkinstall.

Evans said that more vendors who regularly sell at the Maxville Farmer’s Market were planning to participate in succeeding weeks.

The Maxville Farmers’ Market takes place every Friday from 2 p.m. to 6 p.m. at King George Park, which is on Main Street beside the railway tracks in the centre of the village.

The Vankleek Hill Farmers’ Market returned on June 20.  Due to public health policies at the Upper Canada District School Board, the market has relocated from Vankleek Hill Collegiate Institute to the parking area in front of 79 Derby Avenue, which is the former day care centre.

“It was a long journey and it’s been three months since we were open last,” said Artje Den Boer, who organizes the market, which normally takes place each Saturday, year-round.

She described adapting to the various public health rules and procedures as a “learning curve.”

The Vankleek Hill market has been taking place for 24 years.  On reopening day, there were seven vendors present, and more have been participating since.

“It’s difficult to organize,” said Anne Cadotte of Alexandria, who sells produce, soups, and jellies from her business, Les fines herbes.  However, Cadotte has adapted to the new reality of farmers’ market business.

The Vankleek Hill Farmers’ Market takes place each Saturday from 9:30 a.m. to 12:0 p.m. at 79 Derby Avenue.  Parking is available on the street. 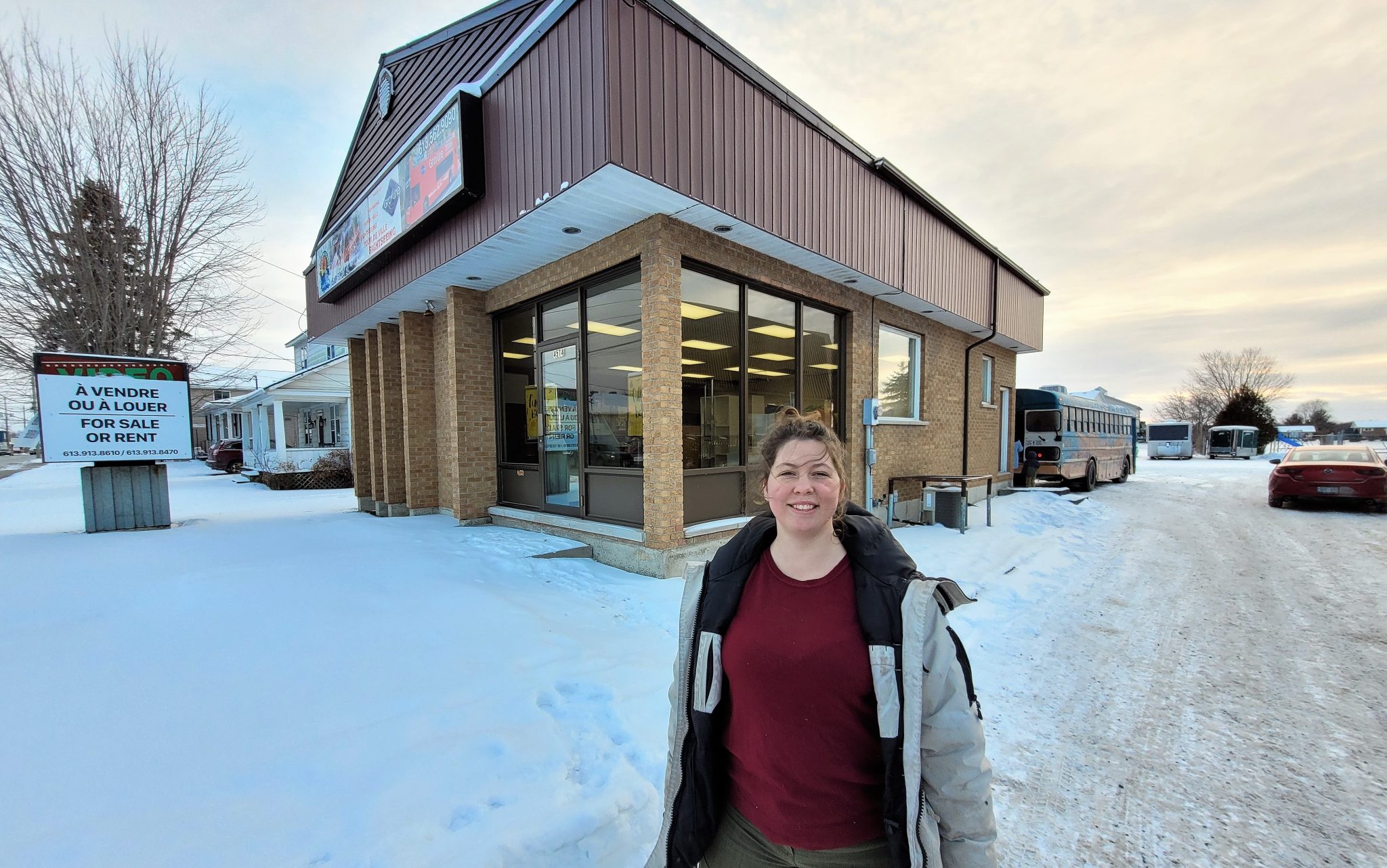 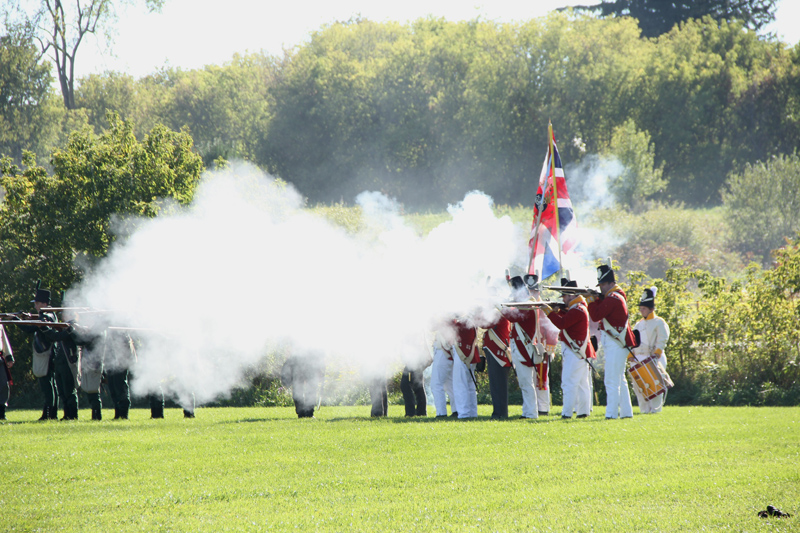 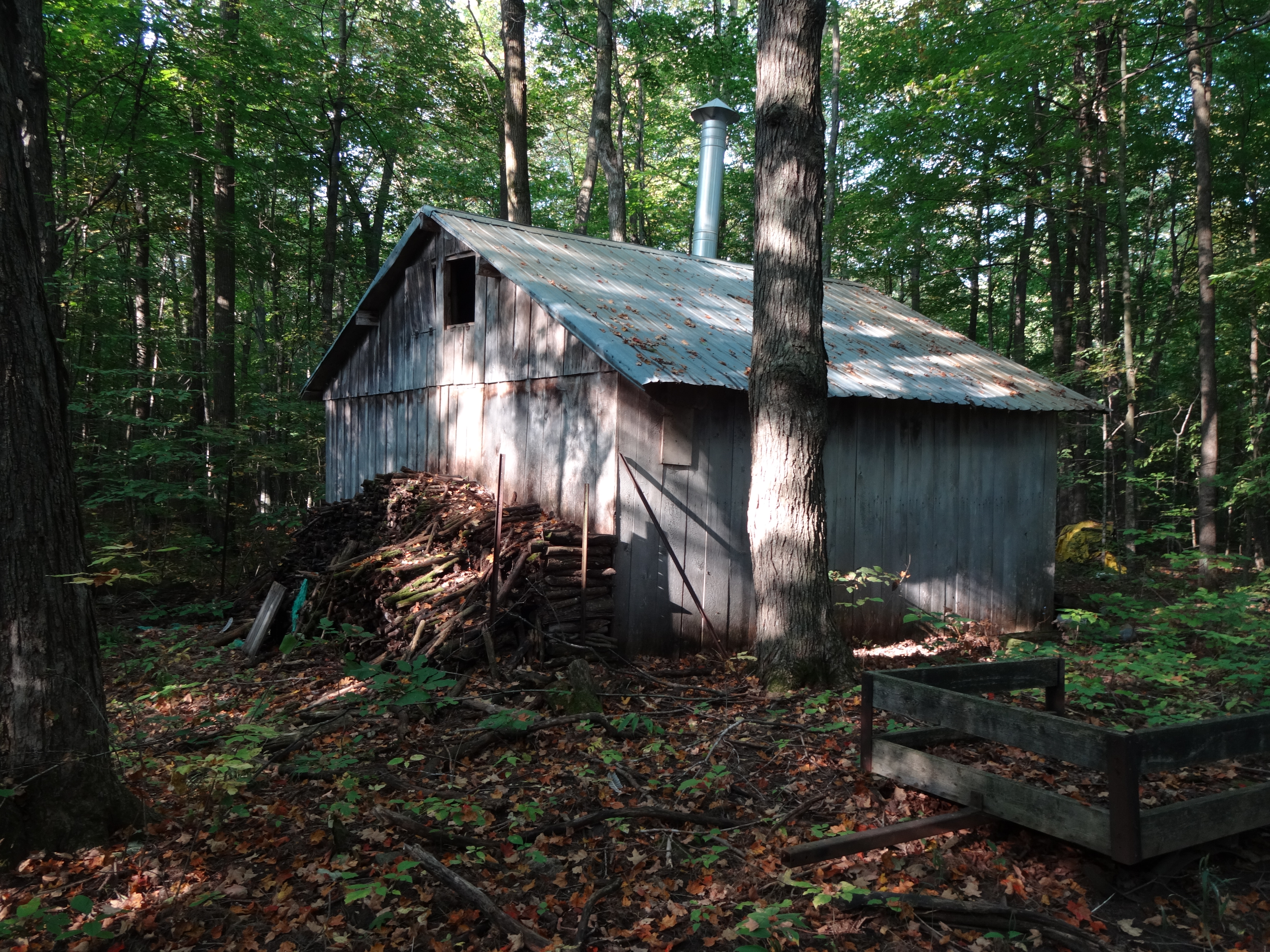