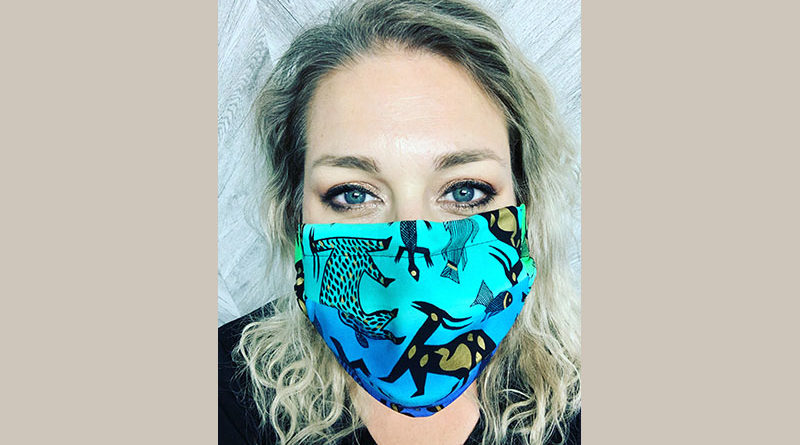 Hair stylist Jackie Grant (Redmond) was cutting hair all night long in response to a pent-up demand for haircuts following an almost three-month closure of hair salons due to the coronavirus pandemic.

People whose locks have grown shaggy during the COVID-19 pandemic can now get their hair cut – but good luck getting an appointment!

Local hair stylists were both happy to be back in business and extremely busy, as salons on Ontario were allowed to begin opening their doors at midnight last Friday, June 12. When contacted by phone or email salons in Vankleek Hill and Hawkesbury were so busy they could only take moments to speak between clients – if at all.

“We are super swamped,” said Heidi Hunter of Heidi’s Hair Studio in Vankleek Hill, just moments after opening Monday morning. “We just reopened this morning and have lots of appointments.”

The story was the same at Vankleek Hill’s Hilltop Hair Salon, where owner Amy Prophet was preparing to reopen after being shut down for over two months and was too busy to speak by phone.

“I’m very sorry but I have a list of 80+ clients waiting to hear back from me and lots to do before opening,” Prophet wrote in a Facebook messenger reply to The Review last Friday in response to a request for an interview. “Wish I could help out but I’m swamped.”

At Brian’s Place in Vankleek Hill the story was the same, said owner Brian Gordon, who only had a minute to speak in between customers. Gordon said he was booked solid with appointments well into July.

Some salons in the area added extra shifts to deal with the increased demand. At Salon Pur in Hawkesbury staff decided to open from midnight until 8 a.m. Friday morning for a special grand reopening shift. The salon – which already has bookings into mid-July – had no shortage of customers willing to show up in the middle of the night to have their hair done.

Reached at her home Thursday evening prior to going back to work, hairstylist Jackie Grant (Redmond) was excited about her upcoming midnight shift at Salon Pur after three months off. She said the idea of opening at midnight came up after staff saw the huge number of appointments being made.

“We’re able to open the doors at 12:01 a.m. and we thought it would be a great idea to pull a night shift,” Grant commented “So we are three hairdressers onboard tonight and another three will take over at eight in the morning and carry on until six tomorrow night.

“We wanted to set ourselves apart and we were just too excited to see our clients, so we said let’s try it and feel it out with our clients.”

Response to the midnight opening was extremely positive. Grant noted, “We were booked up within 10 minutes.”

All of the salons contacted noted they are taking special precautions due to the COVID-19 pandemic, including increased sanitizing, social distancing of customers and the use of masks by hairstylists.