We Are One: Lynda Kitchikeesic to join peaceful protest walk on June 12 in Vankleek Hill 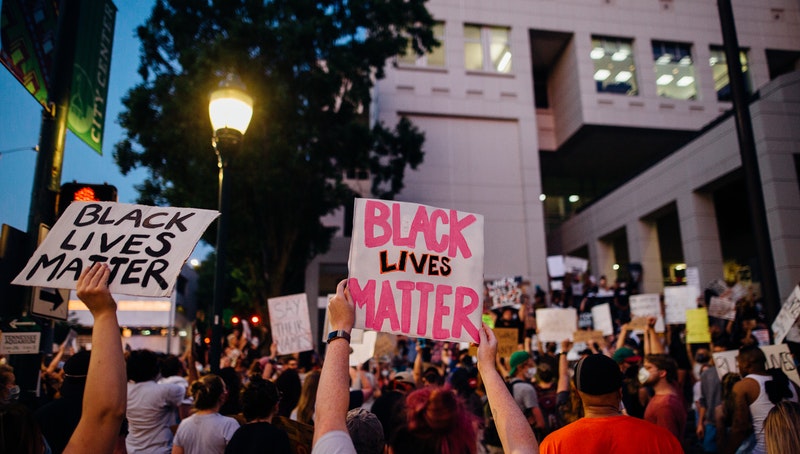 Anti-racism protests like this one that are happening around the world inspired four students to stage their own peaceful protest in their hometown of Vankleek Hill this Friday, June 12 at 3 p.m.
Four local students are organizing what they are calling a peaceful anti-racism protest in solidarity with protests taking place across the United States, Canada and the world. They are calling their rally, “We Are One.” The website says that the walk is in support of Black Lives Matter and justice for Indigenous Peoples of Canada.
March organizers told The Review on Thursday that Lynda Kitchikeesic, who for decades has been an activist for Indiginenous people, will speak at the beginning of the event and again at the end of the march. For decades, Kitchikeesic has been involved in movements and projects to develop better communication and trust between police and minorities.

She organized the annual Flotilla for Friendship, and has been the host of CTV’s Aboriginal Voices.

The “We Are One” march  will take place on Friday June 12, at 3 p.m. and participants will gather safely near the Vankleek Hill Creating Centre, and the march will move south along the sidewalk down High Street as far as Zudio and then will return back to the starting point, where an eight-minute, 46-second period of silence will take place in honour of George Floyd and all of those who have experienced racism.
Over a week ago, George Floyd died while in police custody in Minneapolis. A former Minneapolis police offer had pressed his knee into George Floyd’s neck for almost nine minutes, resulting in Floyd’s death as he repeatedly told the officer he could not breathe. That police officer is now charged with second-degree murder and the three other officers on the scene have been charged with aiding and abetting second-degree murder.  The incident, which was captured on video, has sparked protests across America and around the world as citizens call for an end to racism and violence against black citizens.
Sisters Anna and Amelia Kouao and Nora and Georgia Dawood spoke with The Review via Zoom on Monday to talk about their planned protest. They had wanted to attend a protest in a nearby city, but there were parental concerns about the size of the event and the students’ safety there, so in the end, the friends decided to organize a walk in their own hometown of Vankleek Hill.
Amelia Kouao emphasized that there would be hand sanitizer available for everyone and that they were asking participants to maintain physical distancing (two metres apart) and to wear a mask.
If you participate, please bring a sign, say the organizers, who are asking that there be no chanting or yelling, in accordance with recent Eastern Ontario Health Unit guidelines for protests.
When asked if they wore masks to go out these days, they all nodded.
Beyond staged protests, what do they think needs to be done to fight racism?
“It isn’t just about not being racist yourself, it is about speaking out when you witness it,” said Amelia.

“Everyone is welcome to attend, but will be happy whether we have 20 or 200,” said Nora Dawood.

Anna Kouao is a 15-year-old Vankleek Hill Collegiate Institute (VCI) student who will be in Grade 11 this autumn. Her sister, Amelia, is a Grade 8 student at St. Jude School and will be attending Grade 9 at VCI this fall. Nora Dawood is in Grade 9 at Northwood School (a boarding school in New York State), while her sister, Georgia, is in Grade 7 at St. Jude Catholic School.