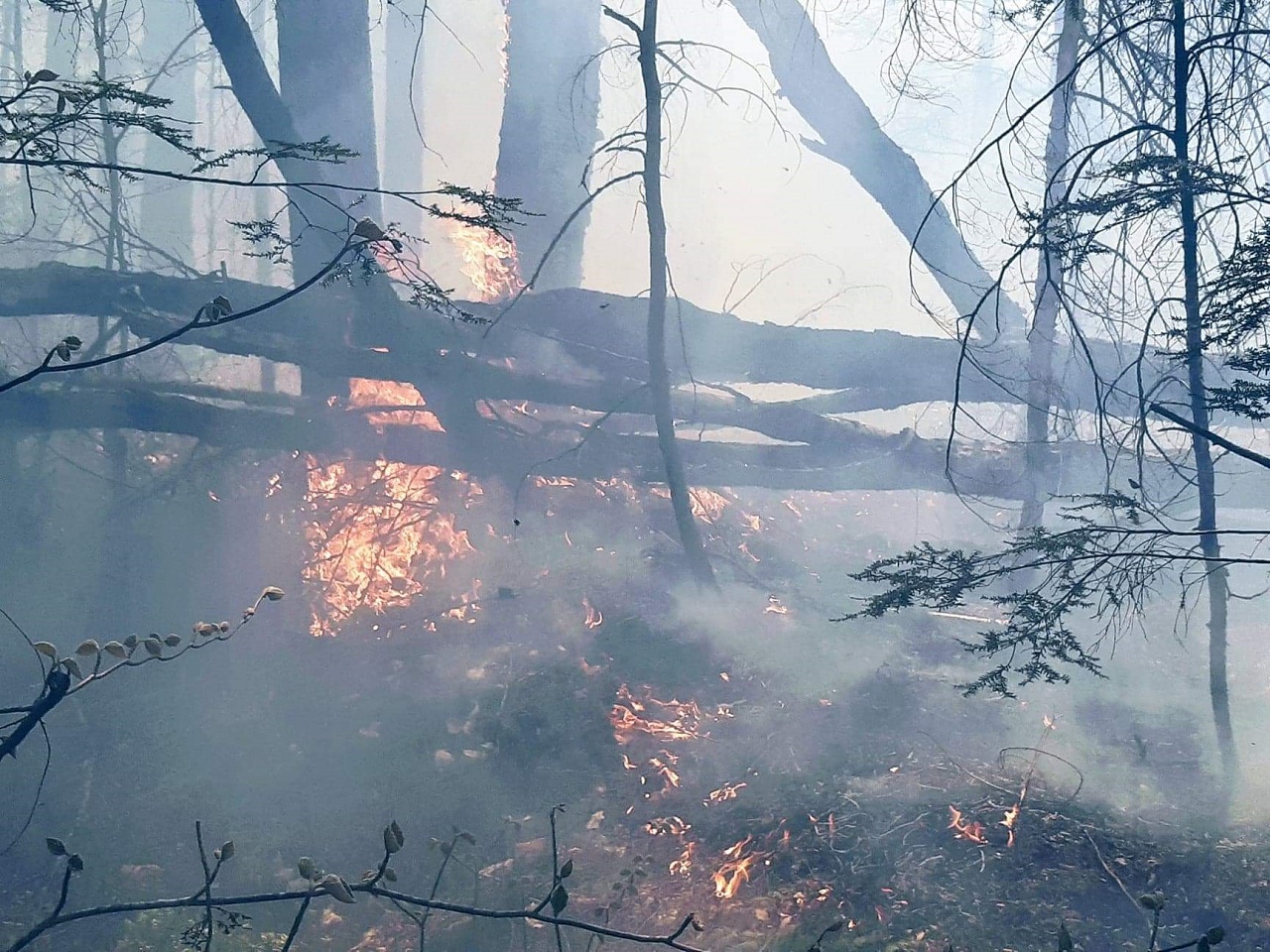 The ban on all open fires remains in effect throughout most of Québec, including the MRC d’Argenteuil and Laurentides region.  However, another forest fire occurred in Brownsburg-Chatham on Thursday, May 14.

In late April, there were four forest or grass fires within a one-week period in the MRC d’Argenteuil.

According to Brownsburg-Chatham Fire Service Director Michel Robert, the May 14 call came at 12:18 p.m. for a forest fire in the area behind rue des Écureuils, which is in the north end of Brownsburg.  More than 20 Brownsburg-Chatham firefighters assisted in extinguishing the fire.  Two CL-215 water bombers from SOPFEU, Québec’s forest fire protection agency, were also called in to douse the flames from the sky.

The fire consumed a 17- hectare area — or 42 acres of land.  Brownsburg-Chatham firefighters and SOPFEU personnel remained at the scene for two days following the fire to make sure it was totally extinguished.

The cause of the forest fire was still undetermined as of May 19.

“Fire does not start itself,” Robert commented.

While the ban on all open fires continues in Québec, municipalities in Ontario have begun to ease the fire bans that were instituted as a COVID-19 emergency measure.

In Champlain Township, a full-fire ban remains in effect, but campfires of no more than one metre/3.3 feet in diameter are permitted, but fires must be in containers.

In the Town of Hawkesbury, there is no ban on campfires if municipal burning by-laws are being followed.

Small campfires are permitted in Alfred and Plantagenet Township, but no permits are being issued for other open burning.

There is no fire ban in La Nation, but the fire department is reminding residents to follow existing fire regulations.

In Casselman, only campfires in enclosed, outdoor fireplaces are permitted at this time.

East Hawkesbury has not banned fires either, but property owners must obey the township’s burning by-law.

There are no restrictions on open fires in North Glengarry currently.

Dry conditions are expected in the region because no rain is in the forecast for the next week.  Temperatures are expected to go into the high 20’s Celsius range with sunshine every day.