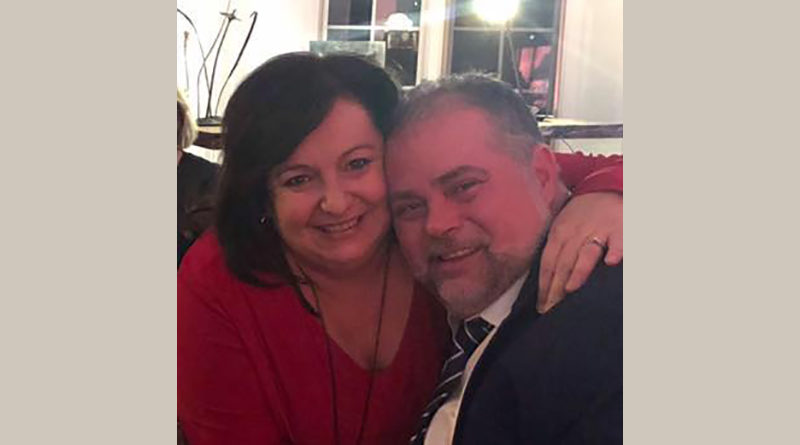 Josée Potvin and Randy Young lost their Vankleek Hill home to fire a few weeks ago. But the couple has come away from the experience with nothing but gratitude for the support received from their community.

Life changes in a minute. That is just one of the lessons Josée Potvin says is staying with her after their family home was decimated by a fire one Saturday in April.

Potvin and her partner, Randy Young, were at home on Bertha Street when a fire began in their outdoor BBQ. She says the fire moved quickly along the wall of the house and added that Young immediately went under the deck to turn off the gas line which supplied the BBQ. The couple had grabbed a fire extinguisher from inside the house, but, she said, the handle was bent. He burned his hand in the process, she says, when he felt heat on his back and tried to put out the flames on his sweater.

The Review spoke with Potvin after she had spent a third day with an insurance adjuster inside their home. She had contacted The Review because she said she was overwhelmed by the community support and wanted to express their thanks to the community.

“We will never be able to repay everyone,” said the couple.

“You don’t realize all of the support that is there until you go through something like this. The firefighters (21 showed up) were there in five minutes. Our neighbours, Cherylanne and Mike Courtemanche were right there,” she recalls, adding that Mike is a Vankleek Hill volunteer firefighter. “But they knew what to do. Cherylanne called Enbridge for us. Our other neighbours, Amy and Steven Willett, brought us sweatshirts. We were outside without anything. Other neighbours took care of their photos,” Potvin and Young say, continuing to list people who helped.

Victim Services was on site to help, Potvin continues, and the Canadian Red Cross called the same evening to pay for accommodation for three nights.

Family members were also at the scene of the fire, but given the COVID-19 restrictions, they were keeping their distance.

“You’re just standing there in the street and because of this situation, you can’t even hug anyone,” Potvin commented.

The couple stayed at the Place 1967 in Plantagenet for a time and the staff there found a microwave for the couple to have in their room and brought them a free meal that evening.

Throughout the past weeks, Potvin says they received incredible support from the director and her co-workers at Employment Services Centre in Hawkesbury.

Potvin and Young acknowledge that, “Every single gesture is so much appreciated.”

Potvin and Young says they want people to know that every text message and every call — and meals dropped off to them were so much appreciated. She says that two weeks later, people are still sending messages and checking in with them.

Vankleek Hill’s fire chief, Michel Martin, even checked in with the couple a few hours later to make sure they were okay and to reassure them that he was there if they had any questions or needed anything.

A firefighter went back into the house to fetch her purse, she remembers, continuing to list the good deeds and she has nothing but praise for the compassion shown to her by the insurance company.

A house fire never comes at a good time, but Young had just lost his brother on February 25 and funeral arrangements are on hold due to the COVID-19 pandemic. In addition, their basement flooded a few times in March due to sump pump issues.

But at the end of the day, Potvin says she and her husband feel “cherished”.

They have lived in their Bertha Street home for 11 years and at the time of the interview, she was not certain that the home could be salvaged due to the extensive damage inside the walls and the roof.

She says a fire is devastating and that she still has ups and downs.

“I’m trying to be resilient — this is a tough time for everyone. We won’t know for a few more weeks what the future is in terms of our home. It is hard to walk through your home and see everything destroyed. You really feel violated. I’ve always had a hard time accepting help from people, but our community was sure there for us. You just never know when your life could change,” the couple says.