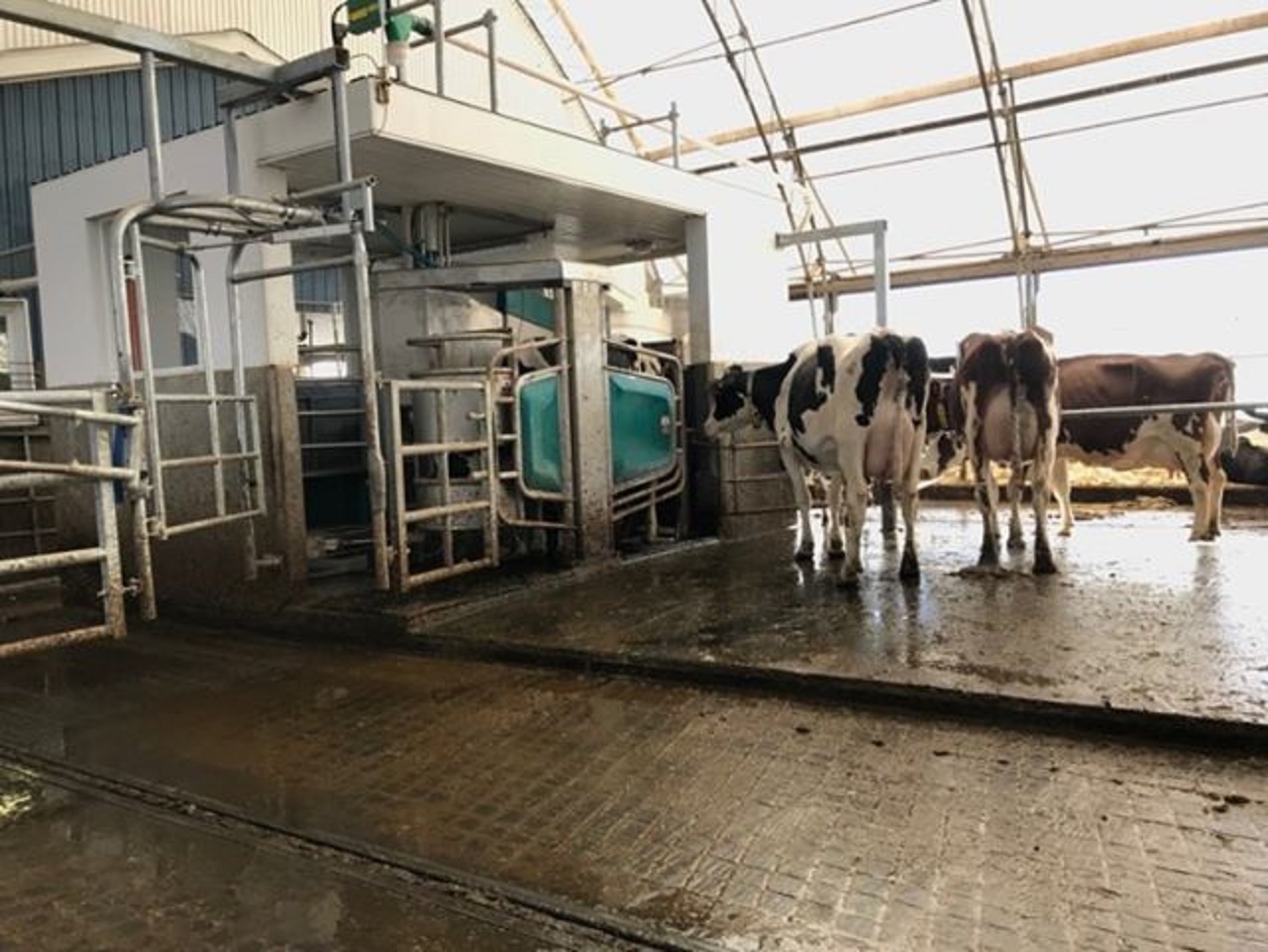 Inside the barn at the dairy farm of Nathalie and Wim Keurentjes near Laggan. Submitted Photo.

The COVID-19 pandemic has upended the economy in many ways and agriculture is no exception.

Recently, there have been stories of dairy farmers having to dump milk because of fluctuating demand.

On April 1 and 2, the Dairy Farmers of Ontario (DFO), which oversees milk production and supply management in the province, contacted a select number of farmers and asked them to dispose of milk from their farms.  Any future requests will be made on a rotating basis to different farmers.

According to a statement from DFO Chief Executive Officer Cheryl Smith, the decrease in demand for milk was not from retail customers, but from the food service and hospitality industry (i.e. restaurants and hotels).

The farmers who are requested to dump milk are not forced to shoulder all of the costs of lost production themselves.  All producers will receive a reduced rate for their milk so that the losses are shared more equitably.

Nathalie and Wim Keurentjes are dairy farmers near Laggan.  Nathalie said that they have not had to dump milk at their farm yet but that if it does happen, the milk transport truck will arrive and the driver will measure the quantity of the milk as usual, but they as farmers would still be responsible for disposing it in an environmentally responsible way.

“We have been reassured that we will be compensated for that dumped tankful,” Nathalie added.

However, farmers are not receiving the extra credit days where they can occasionally ship volumes of milk above their quota amount.  If they do ship above quota, they will be penalized financially.

Nathalie said that consumers do not understand why some stores have limited the amount of milk they can purchase even though some farmers are being told to dump some of their production.  She said that the dairy processing industry and retailers need time to adjust to the changes that have happened quickly due to the public health emergency.

Milk houses are always kept to a high standard of cleanliness, but Nathalie said they have been instructed to raise that standard even higher in order to prevent the spread of COVID-19.  On the day milk is picked up, no one is allowed in the area of the milk house that the truck driver has contact with until they have left.

For improved sanitization, the suggested method is spraying a three per cent solution of peroxide on all surfaces the truck driver would have contact with, then letting it stand for 10 minutes before wiping down the sprayed areas.

Dairy farmer Trevor Cunning of East Hawkesbury said that he has not had to dump milk at his farm and is not aware of any others in the area who have had to dump milk. According to Cunning, many dairy farmers are still trying to figure out what is going on.  As for the financial losses farmers may experience, he believes the system is fair and ensures that losses are shared fairly.

Dairy farmers are not permitted to sell surplus milk because provincial public health regulations prohibit the sale of unpasteurized milk.

Dairy farmers are not the only ones whose production is being affected by the COVID-19 emergency.

Broiler chicken farmer Shawn Wylie of East Hawkesbury said his marketing board recently notified him that national production levels would be cut by 15 per cent.  He said that the next flock of chickens he is to receive is also being reduced in size by 15 per cent.

Wylie said he did not receive any further details but guessed that the reduction is due to both decreased consumer demand and production delays.

He added that one of the advantages of the poultry business is that he only must feed whatever number of birds he has in the barn at a time.

“But it costs the same to heat the barn whether it’s half full or completely full.  Loans still have to be paid,” said Wylie.