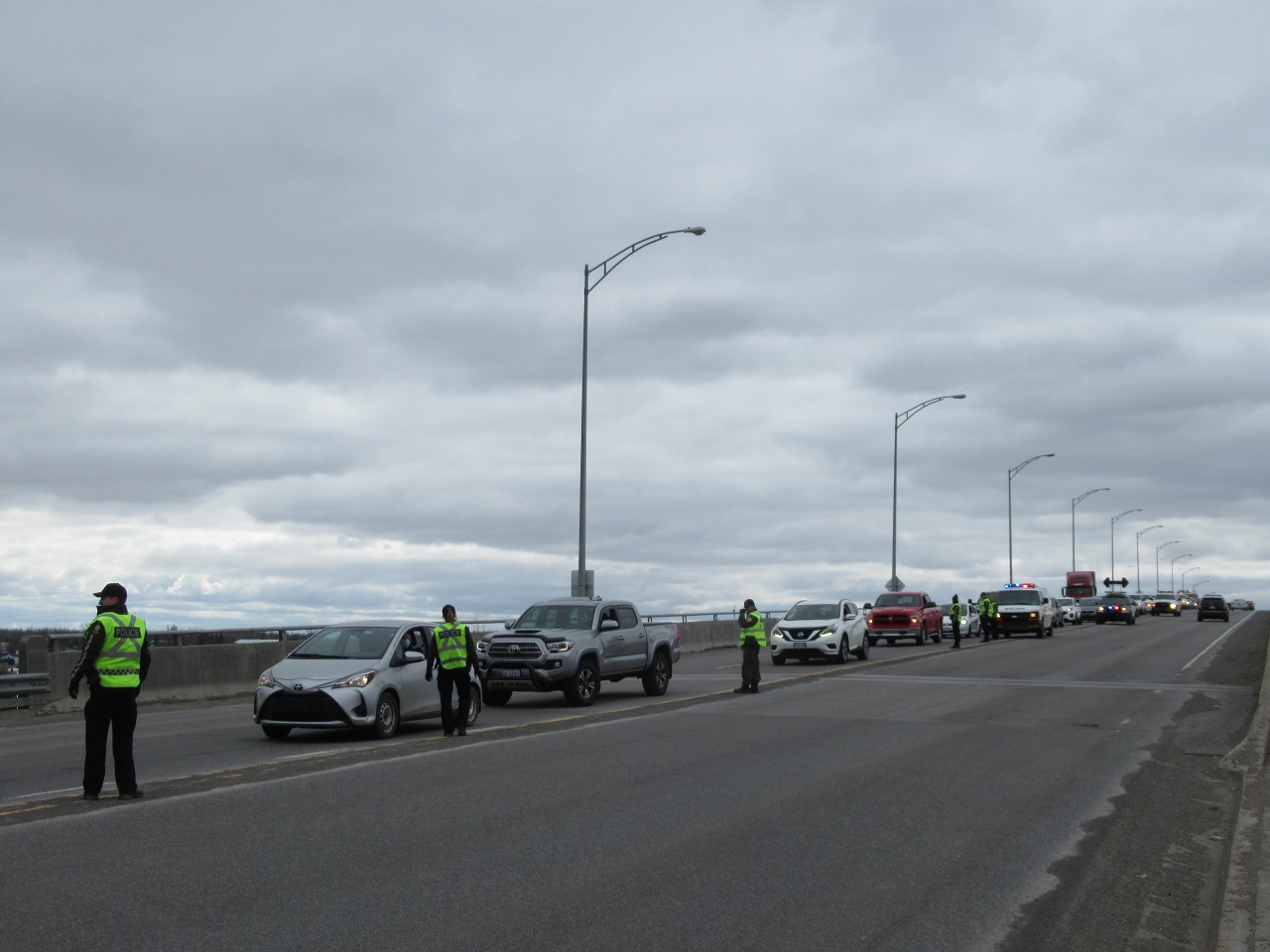 Elected officials at the provincial and federal level in Prescott-Russell were surprised on Thursday when the Québec government began staging random, temporary checkpoints on the Long Sault Bridge to limit unnecessary traffic and the transmission of COVID-19 into certain regions of Québec.

The MRC d’Argenteuil is one of those regions where the Québec government is trying to contain the virus and keep traffic at a minimum.

At the checkpoints, Sûreté du Québec officers are asking drivers what their reason for driving into the region is, and if it is not essential, they are told to turn around and return to Ontario.

Glengarry-Prescott-Russell Member of Provincial Parliament (MPP) Amanda Simard said she was not given any prior notice and did not believe the Ontario government had been notified either.

“Given the interdependence of the two provinces in certain areas such as ours, it is absolutely essential we work together and give our residents as much information and notice as possible,” Simard said.

Initially, Simard was also concerned about what the periodic checkpoints would mean for people who live in Québec but work in essential businesses and services in Ontario, but she received assurance from law enforcement authorities that those people would be able to travel to go back and forth to work.

Some local residents have been critical on social media of the checkpoints because no similar measures have been taken for traffic entering Ontario.  However, Simard said Ontario could easily do the same thing to restrict unnecessary travel into various regions of the province.

“This may mean doing the exact same thing as Québec; therefore, we cannot criticize our neighbours for doing what they believe is best for their residents,” Simard stated.

The MPP added that she is in regular contact with Maryse Gaudrault, the member of the Québec legislature for Hull, and they discuss issues surrounding interprovincial travel and COVID-19.

Glengarry-Prescott-Russell Member of Parliament (MP) Francis Drouin said he, nor any of his fellow MP’s in ridings on the Québec side of the Ottawa River were informed of the decision to stage the checkpoints.

“A heads-up would have been appreciated as this caused anxieties amongst our population and amongst our organizations that serve both populations,” Drouin said.

He said that Québec Premier François Legault needs to understand that shutting down or implementing measures that impact the flow of traffic through those borders is not as simple as he may think.

Drouin added that many local residents were on “high alert” on Thursday over what would happen to their jobs due to restricted traffic flow across the provincial boundary, but there was eventually more clarity on allowing people to cross to get to and from work.