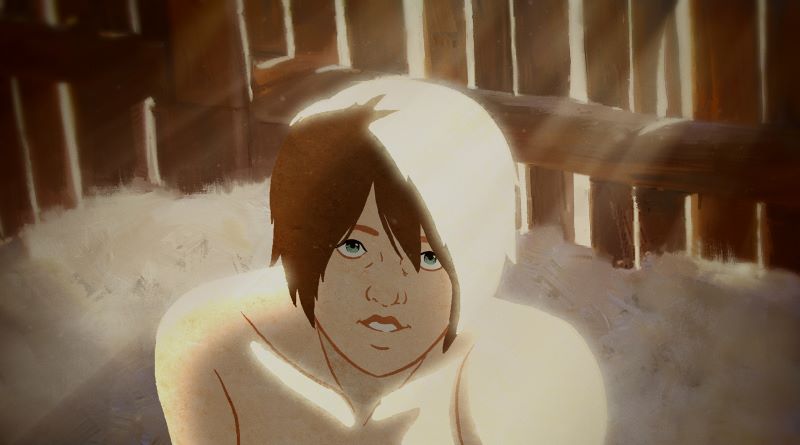 Shannon Amen, an animated feature, has been nominated for a 2020 Canadian Screen Award.

The nomination falls under the animated shorts category and includes two productions by the National Film Board of Canada (NFB), Regina Pessoa’s Uncle Thomas: Accounting for the Days and Chris Dainty’s Shannon Amen. At the moment, there is no category for animated features.

Chris Dainty is from Eastern Ontario and the film is about his friend, Shannon Jamieson. In 2006, Jamieson took her own life, defeated by the struggle to reconcile her faith with being gay, something which was deemed unacceptable by her church community.

The animated feature was shown at the 2019 Ottawa International Animation Festival (OIAF); Shannon Amen (National Film Board of Canada)—and is based on the words, music and art of Dainty’s friend, Shannon Jamieson (Hawkesbury, Ontario. Born in 1982).

In a story shared with The Review earlier this year, Dainty said, “Shannon was attached to her faith.” Dainty was also raised in a Christian household, attending many of the same church events as Shannon did.

“At one point she confided in a minister about being gay. He told her she didn’t have to be that way, and then went on to tell other people about their private conversation. It was such a breach of trust. I still see many wonderful things in Christianity but it’s terrible to do that, to make someone decide between being Christian or gay. Shannon had embraced her sexuality but she had this terrible internal struggle. I hope people will watch this film and give thought to what that feels like, to be excluded from a community that you’ve been part of all your life.”

With Shannon Amen, Dainty combines 2D animation with a technique of his own invention that he’s dubbed ‘icemation,’ using stop motion and puppetry to animate large-scale human figures and objects carved in ice. It’s an aesthetic, he feels, that’s particularly suited to Shannon’s story. “She was a strong individual yet had a fragile side, one that she kept hidden, and ice has so many different reflections, depending how you look at it. It’s strong but if treated the wrong way it will also shatter.”

Shannon Amen includes richly textured animation in which he explores the nature of his own grief while crafting a luminous elegy to a gifted young queer artist who fought and lost the battle to reconcile her sexuality with her religious faith.

(With notes from a previously published story, which you can find in its entirety here.