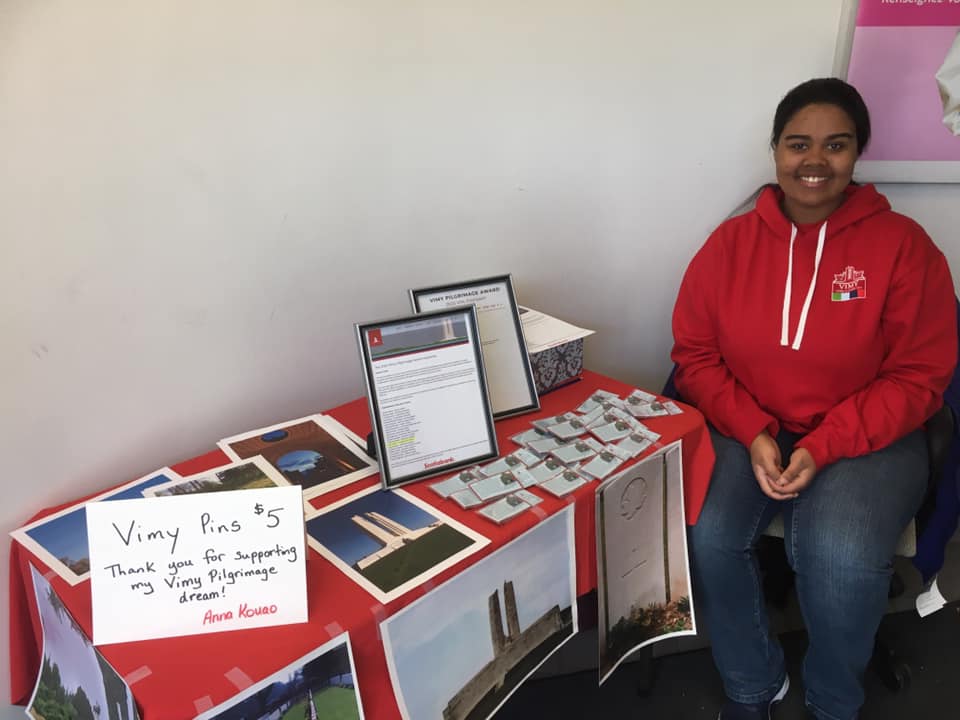 Anna Kouao was at Scotiabank in Vankleek Hill today selling Vimy Ridge pins. Did you miss out? No worries! The pins are on sale at The Review for just $5. We borrowed this photo from Facebook to share with you!

Vankleek Hill Collegiate Institute (VCI) student Anna Kouao is one of 20 Vimy Pilgrimage Award winners. The award recognizes the actions of young people who demonstrate an outstanding commitment to volunteer work through positive contributions, notable deeds, or bravery that benefits their peers, school, province or country.

“Finding out that I had won an award as special as this one made me tremendously excited. While applying for the award three months ago, it seemed almost impossible to be able to win. Now I see that by applying and putting yourself out there, there are so many great opportunities for students,” says the 15-year-old Anna.

What is she looking forward to?

“I would say that I am looking forward to participating in the Vimy Ceremony the most. Representing Canada on such an important day in the place where this remarkable battle took place will be a true honour.”
The Vimy Pilgrimage Award consists of a fully funded week-long educational program in Belgium and France to study Canada’s tremendous First World War effort. The program, scheduled for April 2–10, 2020 features daily visits to important First World War sites including museums, cemeteries, and historic battlefields, as well as participation in the Vimy Day commemoration ceremony at the Canadian National Vimy Memorial.

Anna dedicated quite a bit of time in October and early November researching for the essay she had to write (with footnotes, and a bibliography) on areas in which Canadians achieved progress during World War One in the areas of science, technology, engineering, and medicine. She also submitted a CV, noting her community involvement (the primary criterion), and asked VCI Principal Trevor Wheeler for a reference letter outlining his observations of her character and describing her as a student. In addition, she created a two-min. video explaining what she would both bring to and gain from the program, but without repeating any of the details already mentioned in her other submissions.

In addition to receiving a hoodie and jacket for the trip from the Vimy Foundation Anna will be selling 100 Vimy pins (for $5 each) as part of her fundraising. 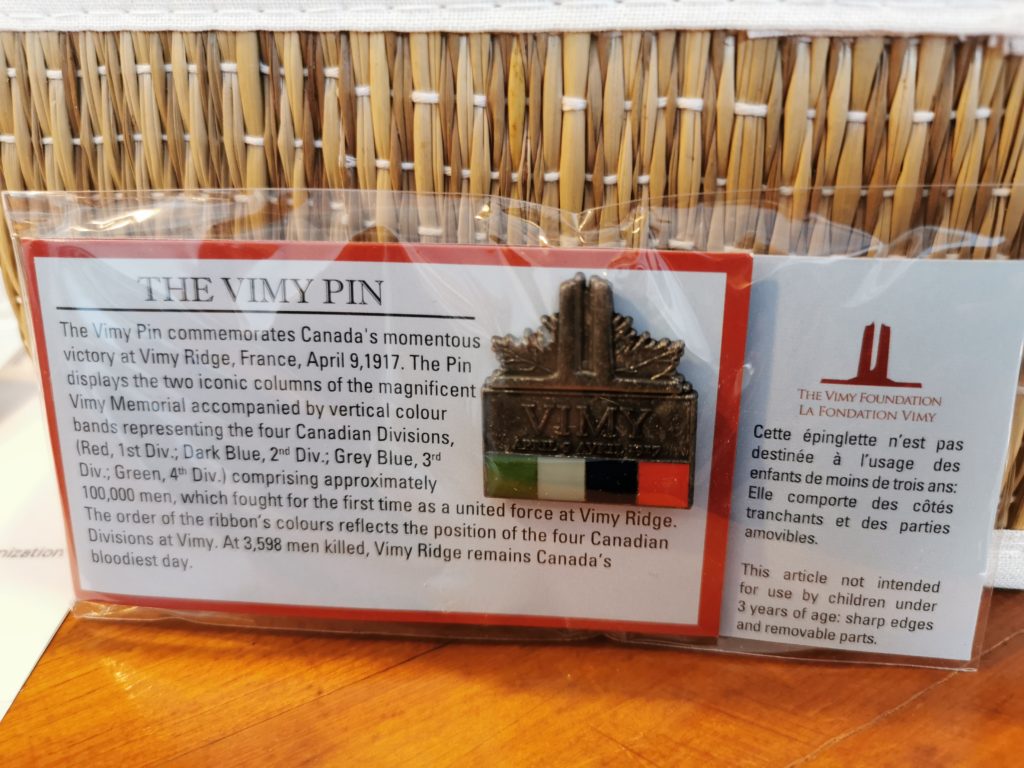 The Vimy Ridge trip itinerary is as follows: April 2 is departure day, with students and chaperones arriving in France and travelling to Yves on April 3. On April 4, the schedule includes a trip to Essex Farm (John McCrae’s Dressing Station), to Langemark cemetery, Menin Gate and the In Flanders Fields Museum. On Sunday, there will be an Ypres Guided Salient Tour (Includes Passchendaele Memorial, Christmas Soccer Truce Memorial, Messines Church, Tyne Cot, Hill 60 and the Caterpillar, St. Julien Memorial, Hooge Crater Cemetery, et al.) as well as a Last Post Ceremony.

On April 10 all participants and chaperones depart for home.