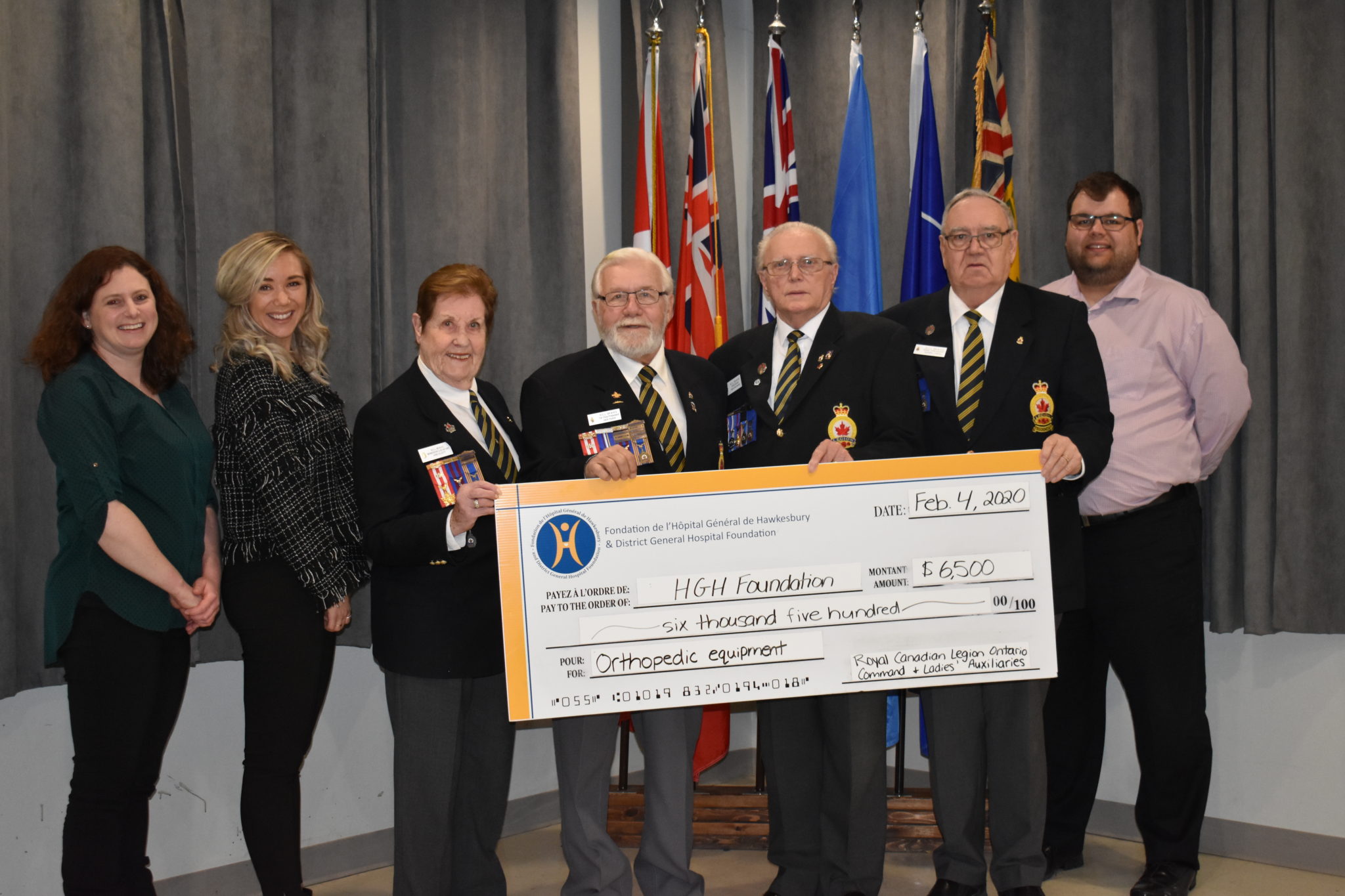 The Royal Canadian Legion Ontario Provincial Command Branches and Ladies’ Auxiliaries Charitable Foundation have made a donation to the Hawkesbury & District General Hospital (HGH) Foundation. The $6,500 donation is being allocated toward the purchase of orthopedic instruments for HGH’s new orthopedic surgery program.

The HGH Foundation would like to express its sincere thanks to the Royal Canadian Legion Ontario Provincial Command Branches and Ladies’ Auxiliaries Charitable Foundation for their contribution to important orthopedic equipment for HGH and for their many years of generous support of the HGH Foundation.

Thanks to the expansive and accessible layout of our new hospital, as well as the new CT scanner and MRI machine, HGH is growing its orthopedic services to meet the increasing demand for orthopedic clinics and surgeries.

“These kinds of health problems are very common at HGH and have a really significant impact on a patient’s quality of life,” says Dr. Chris Kennedy, an orthopedic surgeon who is helping develop the orthopedic program at HGH. “The reality is that when you’re in pain, travelling to Ottawa for multiple appointments is difficult and even the chores of daily live can be excruciating.”

The HGH Foundation is now seeking the community’s support to fully equip HGH’s operating theatres with the specialized equipment to perform orthopedic surgeries in Hawkesbury.