Francophone teachers picket in Hawkesbury, strike day for all public schools on February 21 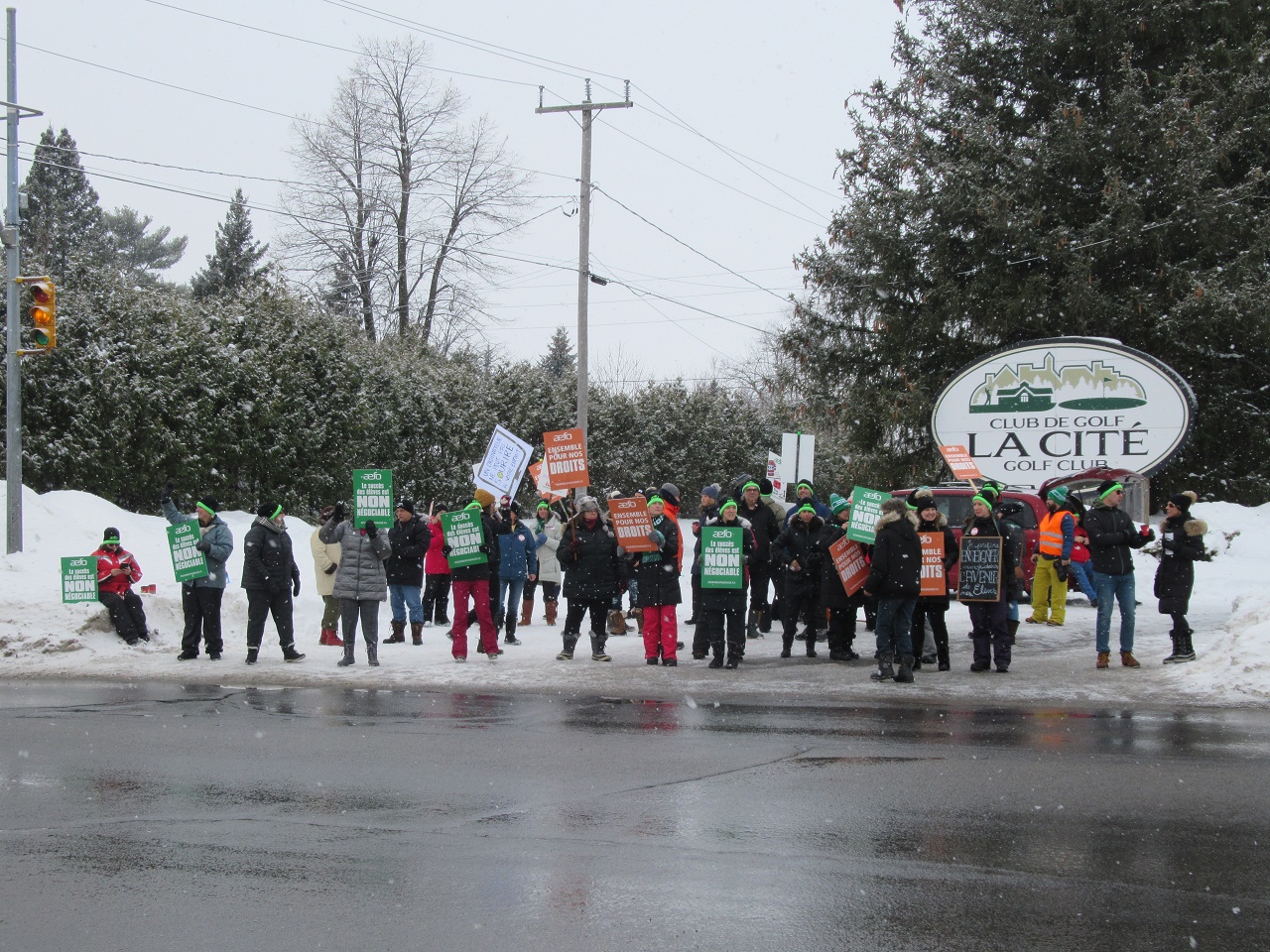 AEFO members picketing at the intersection of McGill Street and Spence Avenue in Hawkesbury on February 13. Photo: James Morgan

Thursday, February 13 was a strike day for students French-language public and Catholic schools across the region. In Hawkesbury that morning, teachers who are members of the Association des enseignantes et des enseignants franco-ontariens (AEFO) picketed at the intersection of McGill Street and Spence Avenue. Teacher Yann Mathieu said they are staff members at École secondaire catholique régional de Hawkesbury and at École élémentaire publique Nouvel Horizon.

The strike is a part of a series of one-day walkouts teachers have been staging across the province amid difficult labour negotiations between their unions and the Ministry of Education. A one-day, province-wide general strike of all teacher’s unions in all public schools has been scheduled for February 21.