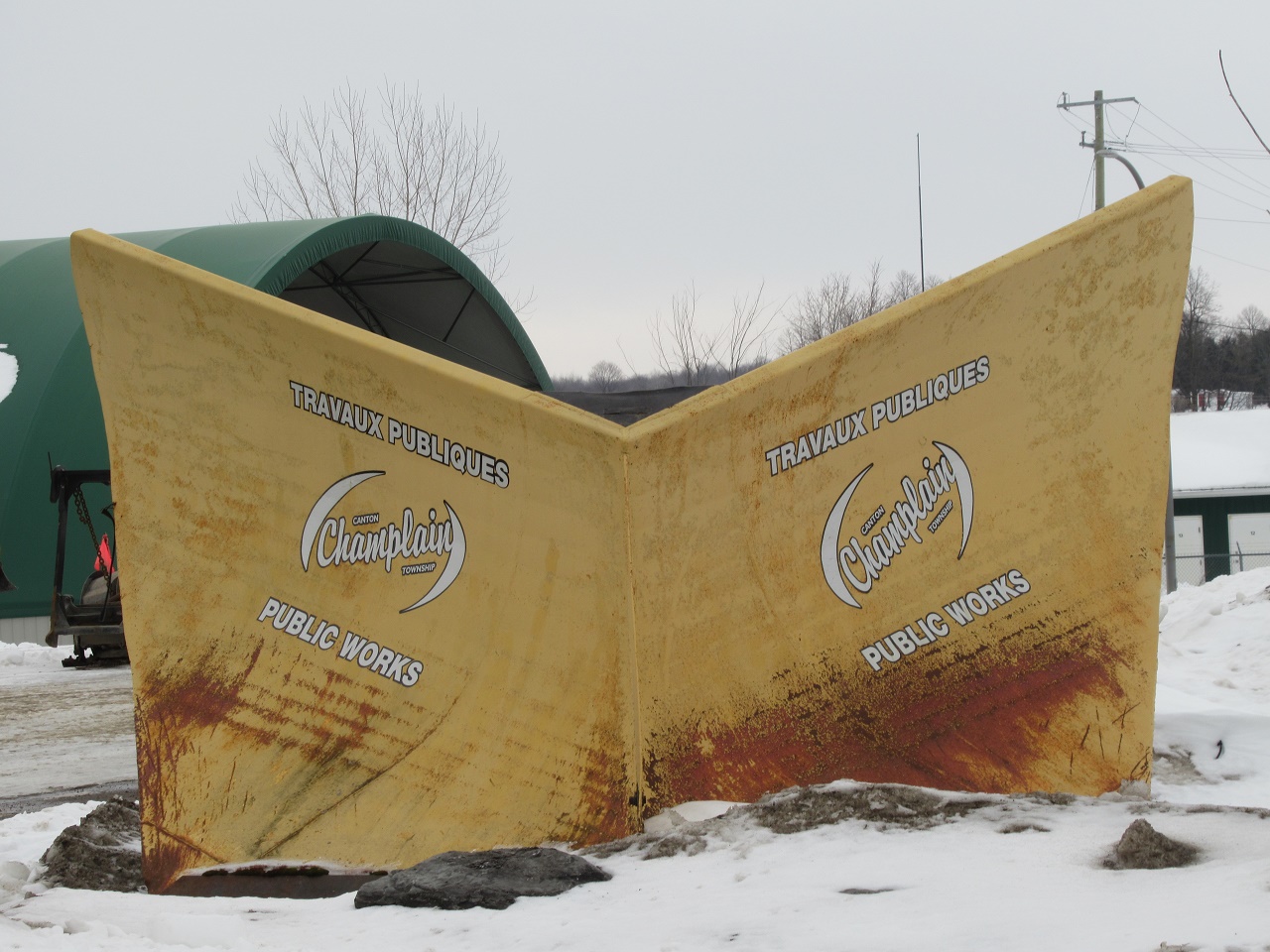 The debate over winter road maintenance and whether to use salt or sand to make icy roads safer usually recurs each winter.  When Champlain Township Council met on January 16, the topic came up again.

Mayor Normand Riopel said residents of Pattee Road and Greenlane Road had complained of “unfair sanding and salting.”  They alleged that other rural areas were getting salt applied to their roads while they were only getting sand.

“It’s a very challenging one,” said Champlain Township Public Works Director James McMahon.  He cited logistics and the price of materials as the main factors in how and where salt or sand is spread on municipal roads.

McMahon explained that the township uses only salt on the streets in Vankleek Hill and L’Orignal, and noted that sand is more environmentally friendly.  He said that Public Works crews cannot logistically keep reloading trucks to apply salt.

He added that salt will not work in extremely cold temperatures.

“Every storm is different; we use our common sense, we go case-by-case, temperature-by-temperature,” McMahon said.

“I totally agree,” said Riopel, who also referred to the environmental benefits of sand over salt.

In recent years, more attention has been given to the corrosive effects of salt on groundwater, trees, and other vegetation.  In January 2019, an Auditor General of Ontario report stated that excessive road salt is contaminating the province’s waterways and groundwater.  A University of Waterloo study suggested that there was the potential to reduce road salt use by 25 per cent across Ontario.

Road salt entering drinking water can also pose a health hazard for people with high blood pressure or reduced-sodium diets.  The Auditor General’s report stated that road salt corrosion can cost vehicle owners up to $850 a year in repairs.

In Québec, municipalities and the transportation department have a road salt management strategy to balance winter road maintenance for better environmental conservation.

“We almost exclusively use a mix of sand and small gravel which is five per cent salt,” said Marc Beaulieu, Director-General for the Municipality of Grenville-Sur-La-Rouge.

There are three large hills in the municipality that public works crews apply only salt to.  They are located on Kilmar, Avoca, and Scotch roads.

Grenville-Sur-La-Rouge uses approximately 6,000 tonnes of abrasives (sand and small gravel), and 80 tonnes of salt per year at a present cost of $75,000.

“Pure salt is bad for the infrastructure,” said Beaulieu.

The Review recently conducted a Facebook poll asking if people wanted salt or sand being spread on roads in the winter.  Out of the 412 votes, 64 per cent said sand, and 36 per cent said salt.

Other road maintenance agencies, including the Ontario Ministry of Transportation, are using brine made from cheese factory whey or beet juice to reduce ice on some highways.  However, the brine does not melt the ice, but prevents it from bonding to the pavement surface.