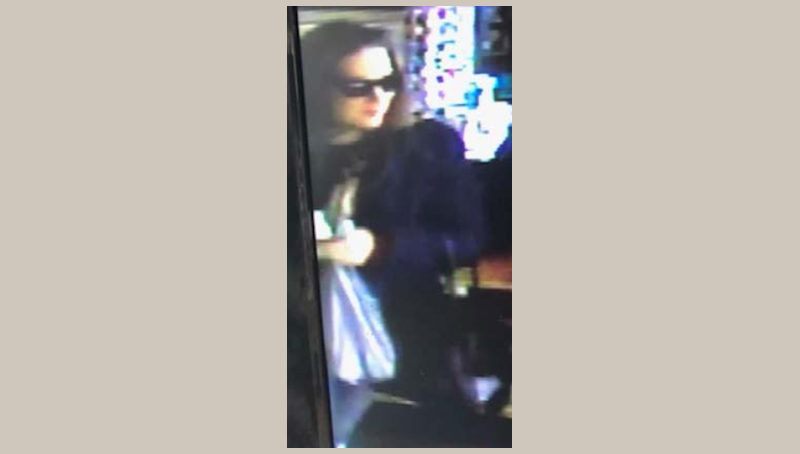 Collision in The Nation Municipality

Investigation revealed that a driver had been drinking. Consequently, a 28-year-old driver of Alfred Ontario, was issued a seven day license suspension for driving with a blood alcohol concentration in the “warn range”. A Warn Range Suspension can be issued to drivers whose Blood Alcohol Concentration (BAC) falls within the 0.05 to 0.08 range. A seven day warn range licence suspension is issued when a second offence is committed within five years.

The driver was also charged under the Highway Traffic Act with “Attempt to pass – roadway not clear – overtaking traffic”.

If you suspect that someone is driving while impaired, call 9-1-1 to report them to police. In doing so, you could be saving lives.

The Hawkesbury Detachment of the Ontario Provincial Police (OPP) is investigating a theft of a wallet, and fraudulent use of a bank card, that occurred on January 29, 2020 at a local gas station near Hawkesbury.

During the investigation, the image of a person that police believe has information in the matter, was captured on video surveillance.

On Wednesday January 29, 2020 at approximately 10:15 a.m., Hawkesbury OPP Sergeant Hodkin was conducting general patrol in the Town of Hawkesbury when he observed a black 2005 Ford Escape on William Street, with no visible licence plate attached to the rear of the vehicle.

The vehicle was then intercepted and when approached by the officer, the driver refused to cooperate and failed to provide a driver’s licence or any documentation for the vehicle. The driver argued with the officer, refusing to verbally identify self or provide any other identification.

The driver was subsequently placed under arrest for refusing to identify to a police officer. During the arrest, the driver became resistant and was agitated and aggressive, requiring other officers to assist in making the arrest.

A 45-year-old Grenville-sur-la-Rouge man was arrested and charged under the Criminal Code of Canada with the following sections:

The accused was released and scheduled to appear at the Ontario Court of Justice located in L’Orignal on February 26, 2020.