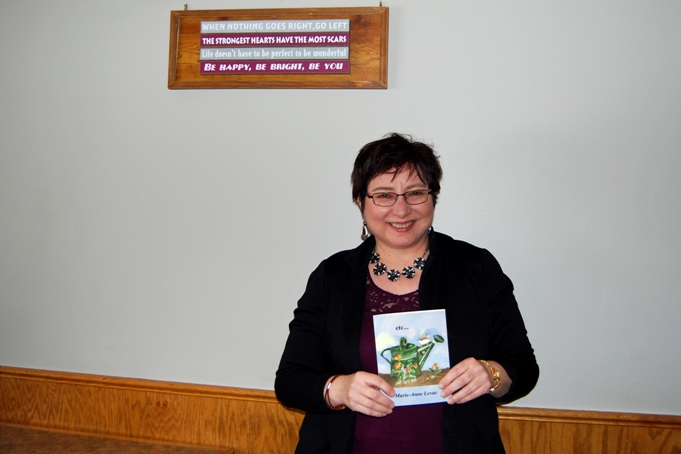 Levac says The Write Stuff contest experience re-opened a door to a part of her that had been waiting patiently to express itself.

When Marie-Anne Levac entered The Write Stuff contest in 2019, she set out to meet the requirement to write a piece “most likely to affect the lives of its readers.”

“The contest asked for something significant—something that would change people’s lives,” recalls Levac. The first life it changed was her own.

Levac, a peer support worker at Hawkesbury General Hospital, was attracted to The Write Stuff contest, organized by Vankleek Hill’s Creating Centre, because it was local.

To compose an entry, Levac went back to some earlier work, including poetry she’d written years ago. She created a fresh piece with a new concept and story, and submitted it to the contest in spring 2019.

When Levac was invited to a reception at the Creating Centre in June 2019, she understood it was a meeting for all the contest’s entrants. At first, she wasn’t sure she would attend.

At the reception, she was surprised to discover the ceremony was just for her: her French-language composition had won the writing contest.

“I wasn’t expecting that,” says Levac. “I felt really happy.”

Levac says the win changed her life. She hadn’t written much since 2005, when she published a small volume of poems, “Jaune.” Writing for The Write Stuff contest proved to be a cathartic process, as Levac examined her path, and her place in life.

After winning the contest, Levac was inspired to publish her winning composition in a new book, called “etc…”

“Sometimes people tack on ‘et cetera’ at the end of the sentence, as if what it stands for is of little consequence,” explains Levac. “But there are a lot of important things buried in ‘et cetera’, precious things. Sometimes they are the most important things to talk about. You have to risk it.” 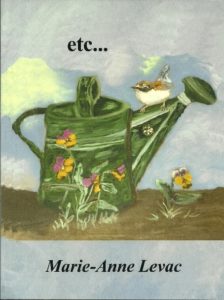 The cover illustration for “etc…” is from Levac’s own original painting, which she painted during an oil-painting class held by Violaine Brunet in Vankleek Hill.

Her book is a message about empowerment—taking charge of your life.

“Everybody is important in their own way,” says Levac. “I get inspiration from people I see every day.”

Writing prompted Levac to examine her life and say things she thought she couldn’t say. Now she feels a tremendous calm, like she’s finally taken her place in life.

The book would never have happened without The Write Stuff win, says Levac.

“I needed a stepping stone.”

Levac is grateful to the Creating Centre for giving her the nudge she needed. She’s also grateful to all the people around her, particularly her life partner, Robert Gauthier. Levac and Gauthier have started working on a new inspirational book together.

An English translation of “etc…” will be published soon. Both “etc…” and “Jaune” are available at The Wizard in Hawkesbury, the Creating Centre in Vankleek Hill, and at the Champlain and Hawkesbury libraries.