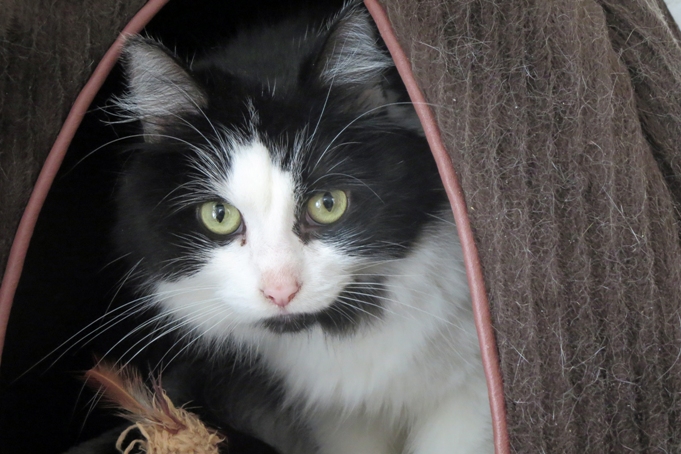 “Take me home!” Panda playfully peers out from a cat bed at Furr Get Me Not.

“It’s printed on my business cards!”, she says. Clark owns and operates the Furr Get Me Not Cat Haven on her rural property near Vankleek Hill.

After working with rescue cats for almost five years, Clark opened the cat haven in 2018. Cats were initially housed in a donated trailer, but Clark realized a better solution was needed for the long term.

“We built a permanent structure in November 2019,” says Clark. The new building was erected using donated labour and materials.

The cat haven’s new building—bright and airy—gives ample room for the cats in its care. The cats have a loft area—accessed via cat trees—to run around in. When she’s not at the cat haven, Clark monitors the cats’ activity through a video app on her phone.

A quarantine area shelters recent rescues and cats with medical issues. Other cats are housed in roomy cages until being spayed or neutered. The remaining cats cuddle on comfortable cat beds or perch on cat trees while they await forever homes.

Cats come to the rescue from all over the area, including Dalkeith, Vankleek Hill, Alfred, and Lachute. Clark coordinates with other rescues—including two in Hawkesbury—to keep cat numbers manageable.

“Our comfort level here is around 20 cats,” says Clark. A few sets of kittens have pushed her numbers up to thirty recently, but Clark says kittens are less demanding. 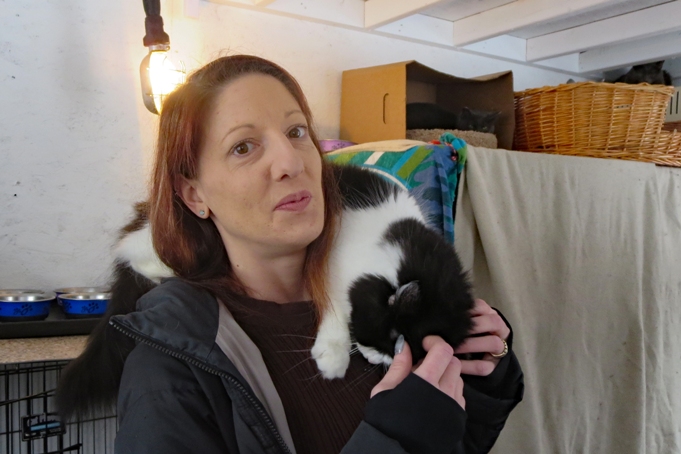 Clark puts in full-time hours looking after the cats, in addition to her full-time job. She and head volunteer Megan Brouillette share the labour of feeding and caring for the cats—and cleaning litter boxes. Student volunteers from area schools including Vankleek Hill Collegiate Institute help out by socializing cats and giving them exercise and attention.

To prepare cats for adoption, Brouillette takes them home to get them used to a household environment. The haven only puts up cats for adoption once they are healthy, are up to date on vaccinations, and are spayed or neutered. 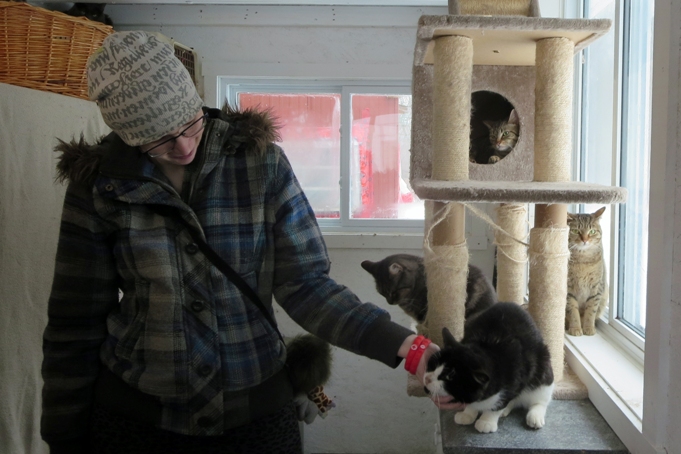 Furr Get Me Not finds homes for cats through its Facebook page, and through Pet Valu in Hawkesbury. Prospective owners are screened to ensure the best match for both cats and owners.

“Some people feel a bit impatient with the adoption process,” says Clark, “but it’s really important to match the right cat with the right home.”

Each month, Furr Get Me Not participates in Adoption Day at Hawkesbury’s Pet Valu. On Adoption Day, several cats are available and the adoption process is accelerated. The next Adoption Day is February 8. 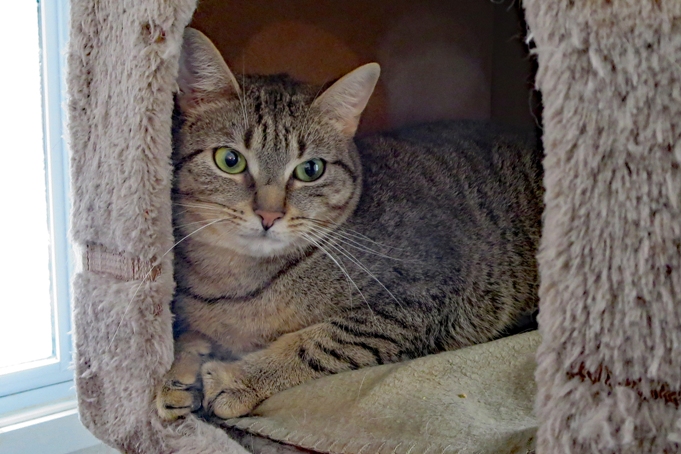 Waffle awaits a forever home for her and her sister, Poptart.

Cats available for adoption are featured on Furr Get Me Not’s Facebook page. The page also features current fundraising efforts. The cat haven relies on donations of cash and supplies; lists of needed items are posted on the page.

To arrange donations, or to inquire about adopting a cat, contact Furr Get Me Not at [email protected], or on Facebook at www.facebook.com/FurrGetMeNotCatHaven.