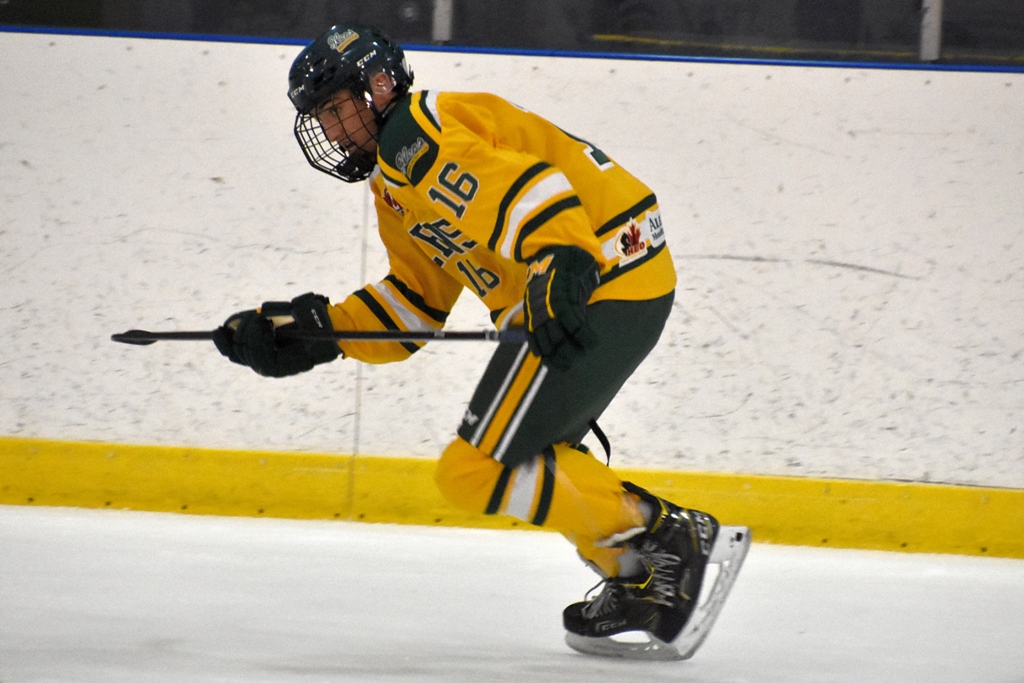 The Jr B Glens were hosting the Richmond Royals on Friday night January 17 at the Billy Gibbie arena. The players coached by Marc Rousseau totally dominated their rivals scoring five goals in the first period, then they added three more goals in the mid period to bring the team to a 8-3 win. In the win, Ryan Leonard (#16) scored twice within a minute plus had an assist on Nico Pozzebon’s (#11) goal to earn the game’s first star mention. Pozzebon also completed the match with three points (1 goal and 2 assists). The winning goalie is Tyler Desjardins.

Ryan Leonard (#16) and Nico Pozzebon (#11) scored 3 of the Glens’ eight goals on Friday night.
Text and pictures by S.Lauwers