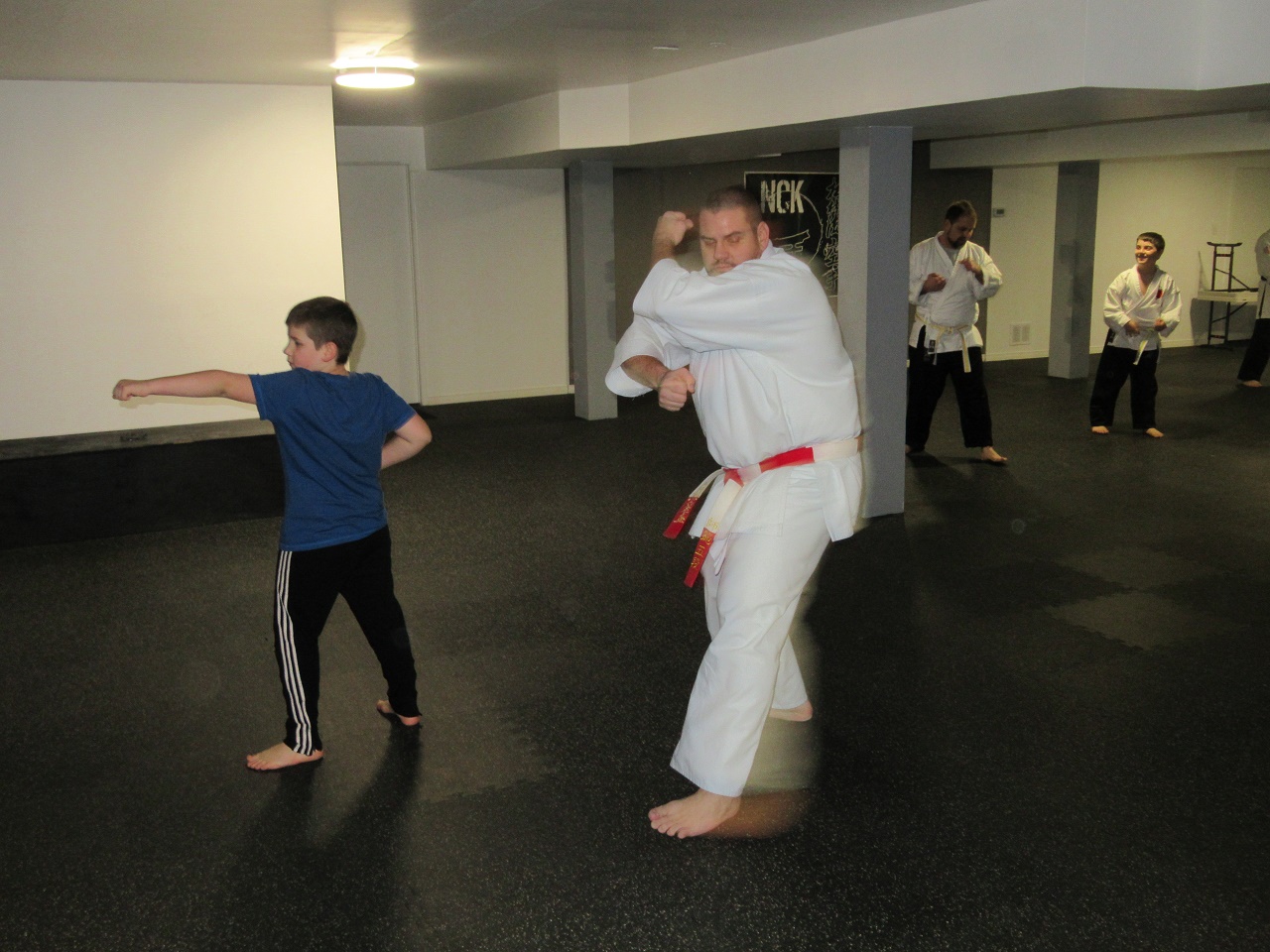 Shihan Nicholas Cardinal demonstrates techniques for a young student while others practice in the background. Photo: James Morgan

Karate is as much about self-control as it is about self-defence.  That point becomes very clear in conversation with Nicholas Cardinal.  He’s the owner and instructor at NCK Karate, Vankleek Hill’s first karate school, which holds classes at Zudio.

Cardinal has practiced Karate, one of the Japanese martial arts, regularly for nearly 25 years, but started learning when he was six years old.  Like many of his generation, The Karate Kid movies proved to be a big inspiration to get him into martial arts.  Cardinal has a fifth-degree black belt and is a Shihan, or senior instructor.  He began NCK Karate in January 2019 and started the classes at Zudio in September of that year.

“I teach the basics,” said Cardinal.

There are three levels of techniques Cardinal teaches.  Kihon is the basic the techniques, Kata is the application of self-defence techniques, and Kumite is sparring.

At NCK Karate, students learn using non-sport competition, so there is no pressure to compete at a higher level.  Cardinal is affiliated with the World Kubodo Federation, a governing organization for martial arts.

“It’s about learning self-control and self-discipline,” said Cardinal about karate.

He said it teaches people to push their own capacity and for young people, they learn to push themselves.

Karate students are instructed to practice their moves only at the school and never on other people for fun or to prove their strength at other places.  Cardinal said learning karate is about teaching students to be unafraid when confronted or when facing a physically-dangerous situation.

There is a certain amount of psychology involved in karate and all martial arts.  It promotes mind control over the body.

“It’s not religion, it’s a philosophy of thinking,” said Cardinal.

Students and instructors meditate quietly on the floor for a few moments before and after each lesson.

“You’re going to get out of it what you put into it,” Cardinal said.

He trains people who want to learn and discover what martial arts can bring to their lives.”

NCK Karate is open to anyone ages nine and over.  Each five-month session costs $250 and practices take place twice per week.

The other instructors at NCK Karate are Roch Lavictoire, Martin Roy, Patrick Cardinal, and Joey Bédard.  To find out more, go to https://sites.google.com/view/nckkarate/home or call 613-676-0533.