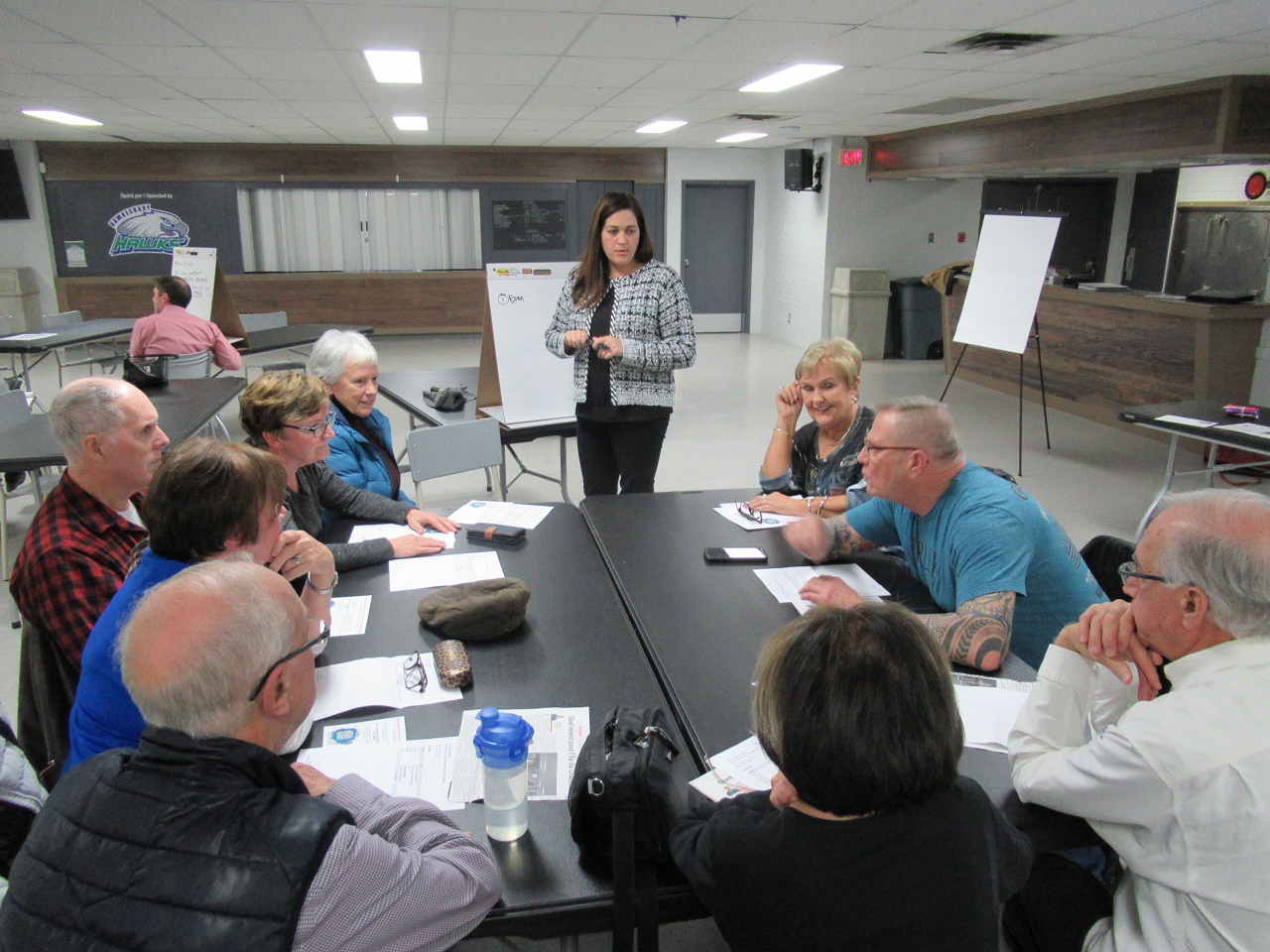 What does the future hold for Confederation Park?  That is exactly what the Town of Hawkesbury is attempting to figure out following meetings on November 7 and 21 where the public had its opportunity to share what it wants in the conceptual plan for the park on Chenail Island.

The town hired Sierra Planning and Management to develop the plan at a cost of $34,600. Sierra Director John Hack said the main challenges are the distance of the park from the downtown area and the highway to the Long Sault Bridge that cuts across the island.

Approximately 25 people attended the daytime session on November 7 and the evening session on the 21.  Many of them were senior citizens who play pétanque on space next to Maison de l’île and strongly requested that their playing space be preserved.

A show of hands in the audience was in agreement that the park does not seem connected to the downtown are in its present form.

“For me, it’s the gateway to the city,” said one audience member, who also questioned why there is no permanent RV park on the island.

Hack also highlighted the park and island as a gateway to not only Hawkesbury but to Ontario, and noted the view from the Ontario-bound Long-Sault Bridge is especially striking.

The importance of Le Chenail Cultural Centre at Maison de l’île was also emphasized at various times during the November 7 meeting.

Hack and colleague Renée Gratton presented examples of park improvements made in other Ontario waterfront communities.  Those communities include the Town of Prescott, Huntsville, and Kingston.  Splash pads, fitness trails, beaches, and fishing piers are some of the features that have been added to those parks.

At the November 21 meeting, Hack said other possibilities are pop-up commercial or winter activity space, and a footbridge connecting the island to the mainland near the baseball diamonds.  A show of hands indicated that less than half of the audience had ever walked to the island from the downtown.  Audience members on November 21 included Councillors Yves Paquette, Robert Lefebvre, Antonios Tsourounakis, and Lawrence Bogue.

The audience divided into groups to discuss which changes they would like to see made to Confederation Park.  The results of those discussions mirrored much of what had already been discussed in the open forum regarding the need for better pedestrian connections and increased recreational opportunities.

Former Hawkesbury Mayor Jeanne Charlebois attended and said it is important that accessibility for people with limited mobility be considered.

Hack explained that the island could be divided into four quarters, with each reserved for certain types of recreation.

Recreation Director Nicole Trudeau said that Sierra will compile a report on its findings and make recommendations.  The report is expected to be presented to town council in December or January.  It will then be up to council to decide which recommendations to implement and how much money to spend.

Residents still have time to share their suggestions for Confederation Park.  A survey can be completed online at https://www.surveymonkey.com/r/confedpark until December 6.