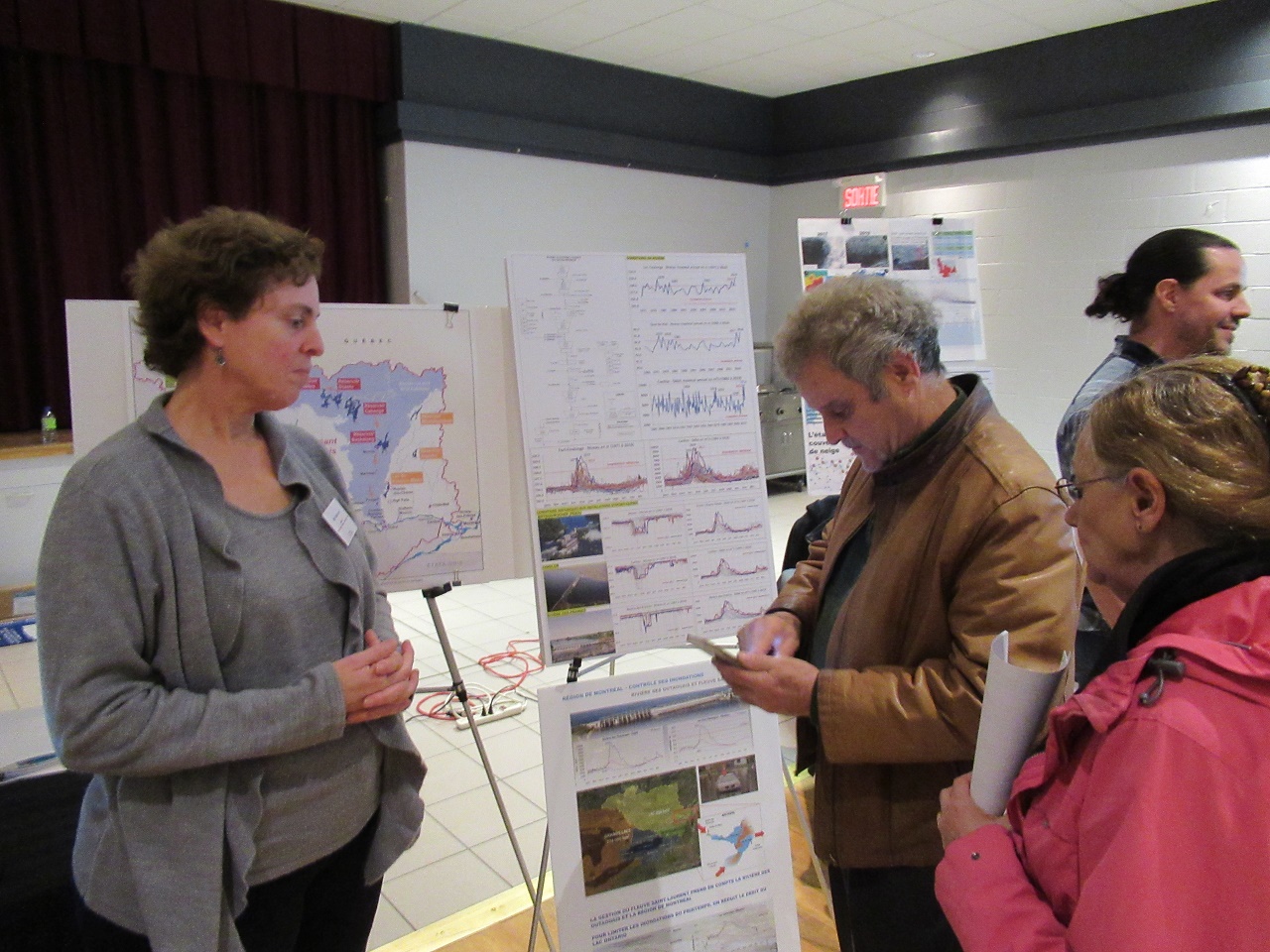 There was record flooding caused by the Ottawa River in the spring of 2017 and 2019 in this region.  Hydro-Québec and other authorities, attempting to keep the public informed, held open houses in Grenville on November 11, 2019 and in St-André d’Argenteuil on November 13, 2019 to explain flood control and water level control on the Ottawa River.

A separate meeting discussing the future of the Bell Falls dam on Rivière Rouge will take place on Wednesday, December 3.  It starts at 7 p.m. at the Centre Paul-Bougie, located at 414 rue Principale in Calumet.

There are no reservoirs along the Rivière Rouge, and that means water must flow on through during floods.  Sarich explained that river water levels were an average of 205 millimetres/8.07 inches above normal between April 1 and May 31 in 2019 and approximately 50 per cent of the entire Rouge basin reached historic highs.

Simon Tardif, a Hydrometeorology Counsellor with Hydro-Québec explained how flood forecasts are made based on snowfall amounts.  Readings are taken at 12 stations in the Ottawa watershed.

The aluminum tube instruments that measure snowfall amounts are being gradually replaced by new, remotely read electronic devices that measure the level of natural radiation in the soil.  Tardif explained that radiation levels decrease as the amount of moisture due to snow or rainfall increases.  The results allow Hydro to project water levels and adjust flows at its dams. Hydro plans to have all 12 of its stations converted to the electronic instruments by 2022.

Hydro Québec Engineer Annie Marcotte said the December 5 meeting regarding Bell Falls will discuss the structural integrity of the dam, along with better planning for any future emergency situations.  She noted that the flow rate during the last week of April reached 950 cubic metres/33549 cubic feet per second at Bell Falls.

“The dam was stable,” said Marcotte of Bell Falls and that the dam was surveyed and inspected thoroughly during the time residents who live downstream were evacuated for two weeks.

Marcotte said removing the nearly century-old dam and dormant generating station could be difficult because dams become part of the local natural landscape over time.  She said Hydro maintains many dormant facilities throughout Québec.

Marie Beaumont, also a Hydro-Québec engineer explained that the 13 reservoirs in the Ottawa River watershed can only control 40 per cent of the water.  The other 60 per cent has to run its course, which means opening the gates of dams to let as much through as possible.

“People would have seen worse (flooding) if it wasn’t for the reservoirs,” said Beaumont.

“Any information is useful,” said Grenville-Sur-La-Rouge Mayor Tom Arnold, who was at the Grenville open house.

Argenteuil-La Petite Nation Member of Parliament Stéphane Lauzon was also there.  He wanted to gather information on water management issues and show that the federal government is paying attention to the situation. 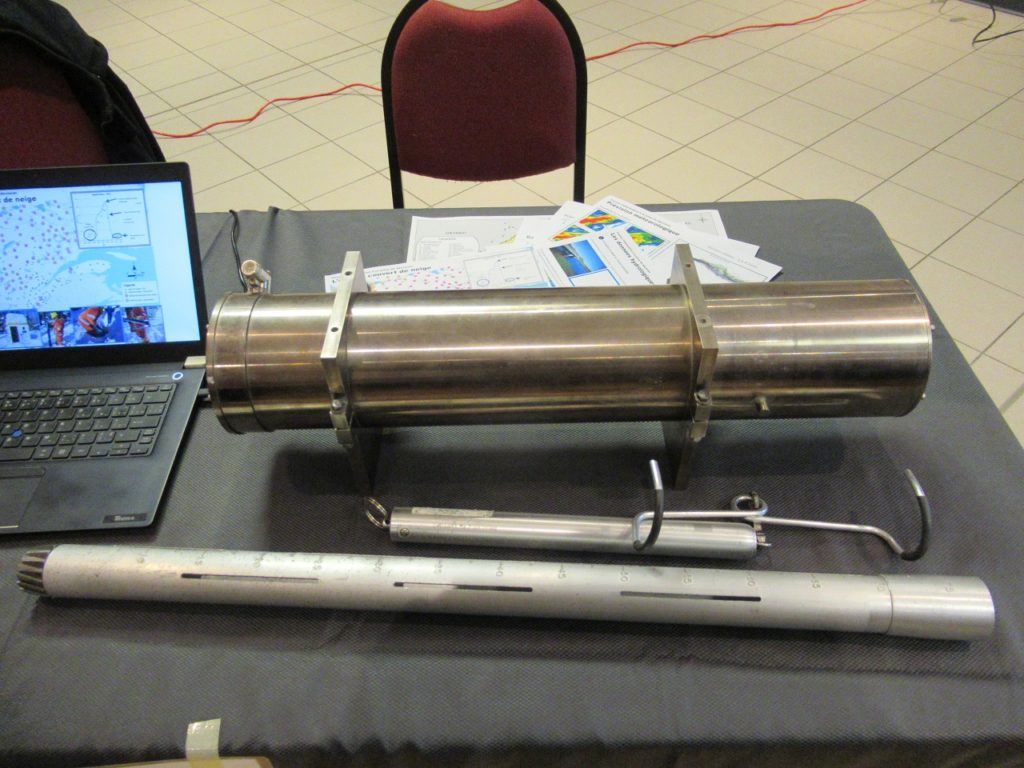 The smaller cylinder instruments in front are used by Hydro-Québec to measure snowfall amounts in order to project water levels. The larger instrument in the background is one of the new devices used to determine moisture amounts by detecting naturally-occurring radiation in the soil. Photo: James Morgan. 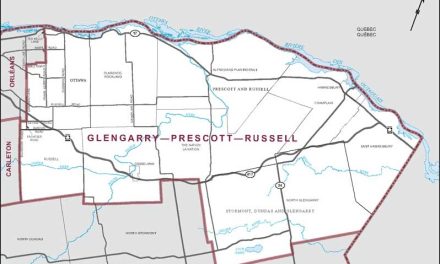