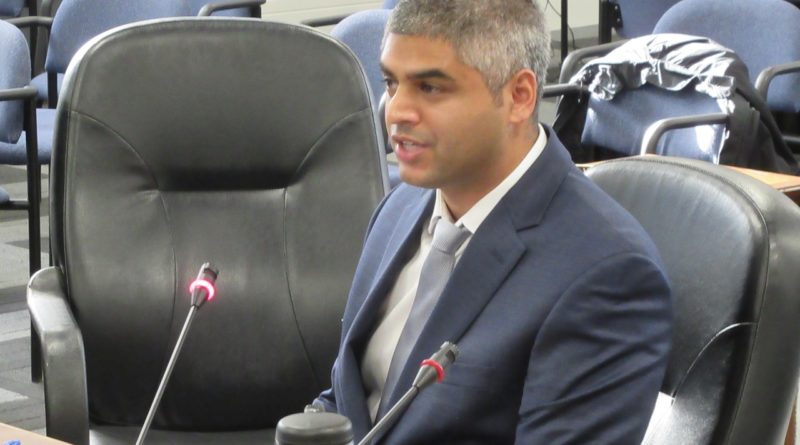 At the November 13 United Counties of Prescott and Russell (UCPR) Committee of the Whole meeting, project manager Andrew Rodrigues of Colliers, the company overseeing the new Prescott-Russell residence project informed the mayors that the projected construction budget has increased.

The original cost of the 224-bed facility, to be located on Spence Avenue in Hawkesbury, was approved in April and was then estimated at more than $75.7 million, and is to be amortized over a 25-year period.

Rodrigues explained to council that as project planning advances, it goes through a series of stages and that the degree of cost accuracy in for the cost estimate will improve as design work makes progress.  The Ministry of Health and Long-Term Care will cover 45.6 per cent of the total project costs.

The budget is based on a facility that will have 800 square feet of space per resident.

Rodrigues explained that the design team is looking at ways to possibly reduce the construction budget projection by relocating an outdoor patio and reducing the size of common areas.

“How high are you going to be by the time we start construction?” was Clarence-Rockland Mayor Guy Desjardin’s question to Rodrigues.

“You were given a budget by the county, why can’t you go by the budget?” he questioned.

Warden Robert Kirby asked if construction costs could be itemized for certain items.

Rodrigues said item-by-item costs were not yet available.

Rodrigues said only construction and debt servicing costs are being considered at this point.

He said for-profit homes generally only achieve basic ministry standards and 800 to 900 square feet is typical for public and not-for-profit facilities.

“As it sits right now, those rooms are larger than the minimum standards,” said Rodrigues.  The current private room plans are about 10 feet by 12 feet.

“At that kind of money, I’m not to enthused about exterior patios,” said La Nation Mayor François St-Amour.

“How can you come up with a total when you’re not sure of (the cost of) all of those things?” asked Kirby.

Rodrigues said it is a standard methodology used by cost estimators.

St-Amour questioned if there is outdoor courtyard space in the design, why was the additional patio area necessary.

Parisien said courtyards could cause claustrophobia for some residents.

“The base cost of 7.8 million, that’s what this council has already committed to,” Leroux commented.

He said the extra cost is about deciding to spend $300,000 more per year and proposed to go ahead with that plan.

St-Amour proposed going ahead with an 800 square-foot per resident plan.

UCPR council will vote on the square footage-per-resident and the higher construction budget when it meets on November 26.