Pedestrian hit by vehicle in front of Hawkesbury hospital 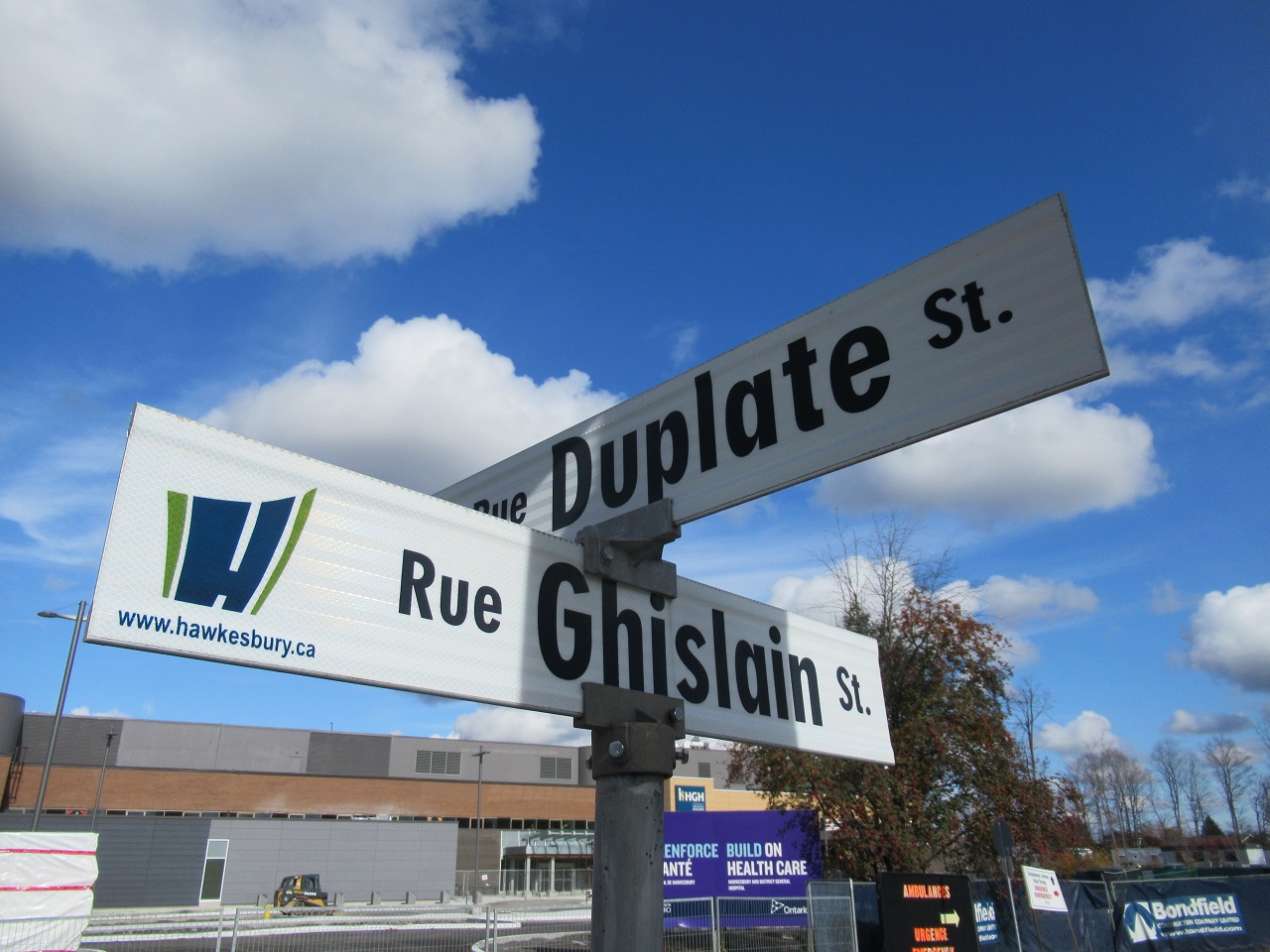 The pedestrian was hit at the intersection of Duplate and Ghislain Streets in Hawkesbury. Photo: James Morgan

Emergency vehicles were on the scene at the corner of Duplate and Ghislain Streets in Hawkesbury shortly before 4:30 p.m. on Thursday, October 24.

According to Ontario Provincial Police Constable Mario Gratton, a female pedestrian was hit by a black SUV.  The driver was charged under the Highway Traffic Act.

Prescott-Russell Emergency Services Director Marc-André Périard said the patient was taken to Hawkesbury and District General Hospital to be treated for minor injuries.

Périard noted that the travel time from the scene to the hospital was a very short 11 seconds as the intersection of Ghislain and Duplate is right in front of the hospital.