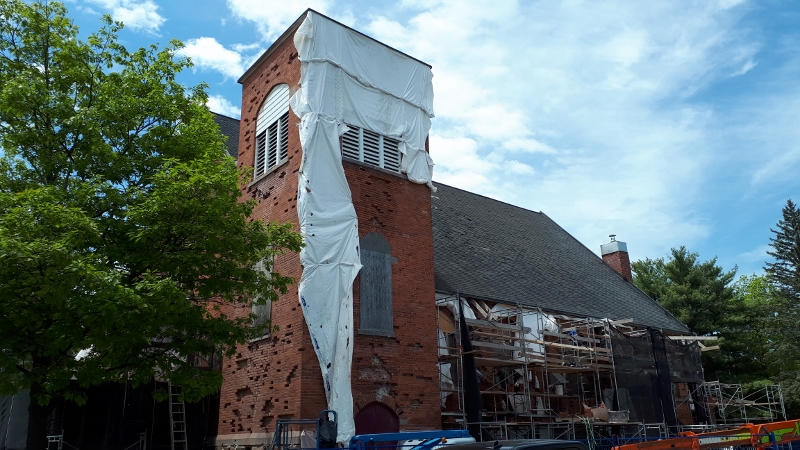 Lachute council has delayed deciding on parts of the city’s library construction project, but the plans are still on the books.

According to Mayor Carl Péloquin, council chose to delay hiring contractors to complete the roofing work necessary, and the supervision contract for the roofing work on the former United Church building on Main Street that is being converted into the library.

Council voted to delay the work when it met on September 23.  When it met again on October 7, it voted to reject the single proposal because the the amount exceeded the project’s budgeted amount.

The roof repair work will instead be included in the budget for the 2020 contract for the ongoing library project.

The mayor said the delay on the roofing work will not delay plans to have the new library in old church completed by the end of 2020.