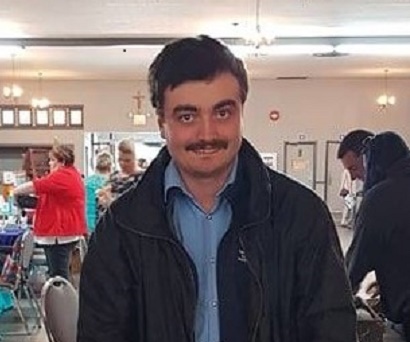 Although it is endangered, a rhinoceros wants to be the next Member of Parliament for Glengarry-Prescott-Russell.

Marc-Antoine Gagnier of Russell Township is the local candidate for the Rhinoceros Party of Canada.

Satire is at the heart of the Rhinoceros Party. Its 2019 federal election campaign platform includes creating tax havens in each province, improving workplace safety in factories by wrapping all workers in bubble wrap, and nationalizing bacon.  The party said that scientists predict global warming will threaten human civilization in 20 years, but a Rhino government would make it happen in 10 years.

Gagnier’s less-than conventional promises are to suck up flies with a vacuum cleaner and send them to western Canada, and to make it a crime for adults to wear symbols of superheroes.  Offenders would be sent to prison on the moon.

However, Gagnier does have some serious plans, which he thinks make his candidacy legitimate.  He wants to help women who are victims of violence report their abusers and to make it easy for them to discuss abortion.  He also wants to ensure French-language services are maintained across the country.

Gagnier has written three children’s books in French and helps on a local dairy farm.  He is also proud to be a political candidate on the autism spectrum.  He ran for a council seat in Russell Township in 2018 and 2014.

The leader, officially called the Supreme Dealer, of the Rhinoceros Party is Sébastien CoRhino.