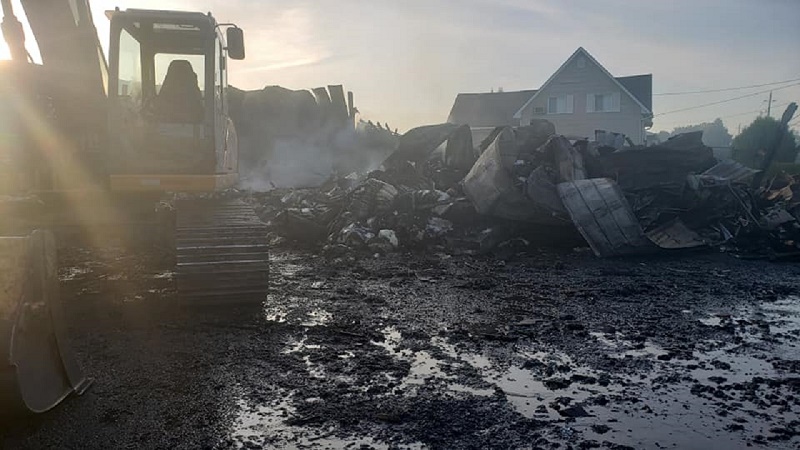 The remains of a storage shed that burned at a building supply business in Hammond. Photo courtesy of Clarence-Rockland Fire Department

The cause of a fire at a lumberyard in Hammond on Tuesday was electrical.

Firefighters responded to the scene at around 2:30 p.m. Tuesday afternoon and got the fire under control.  There were no injuries.