L’Orignal’s moose on the loose, but not for long 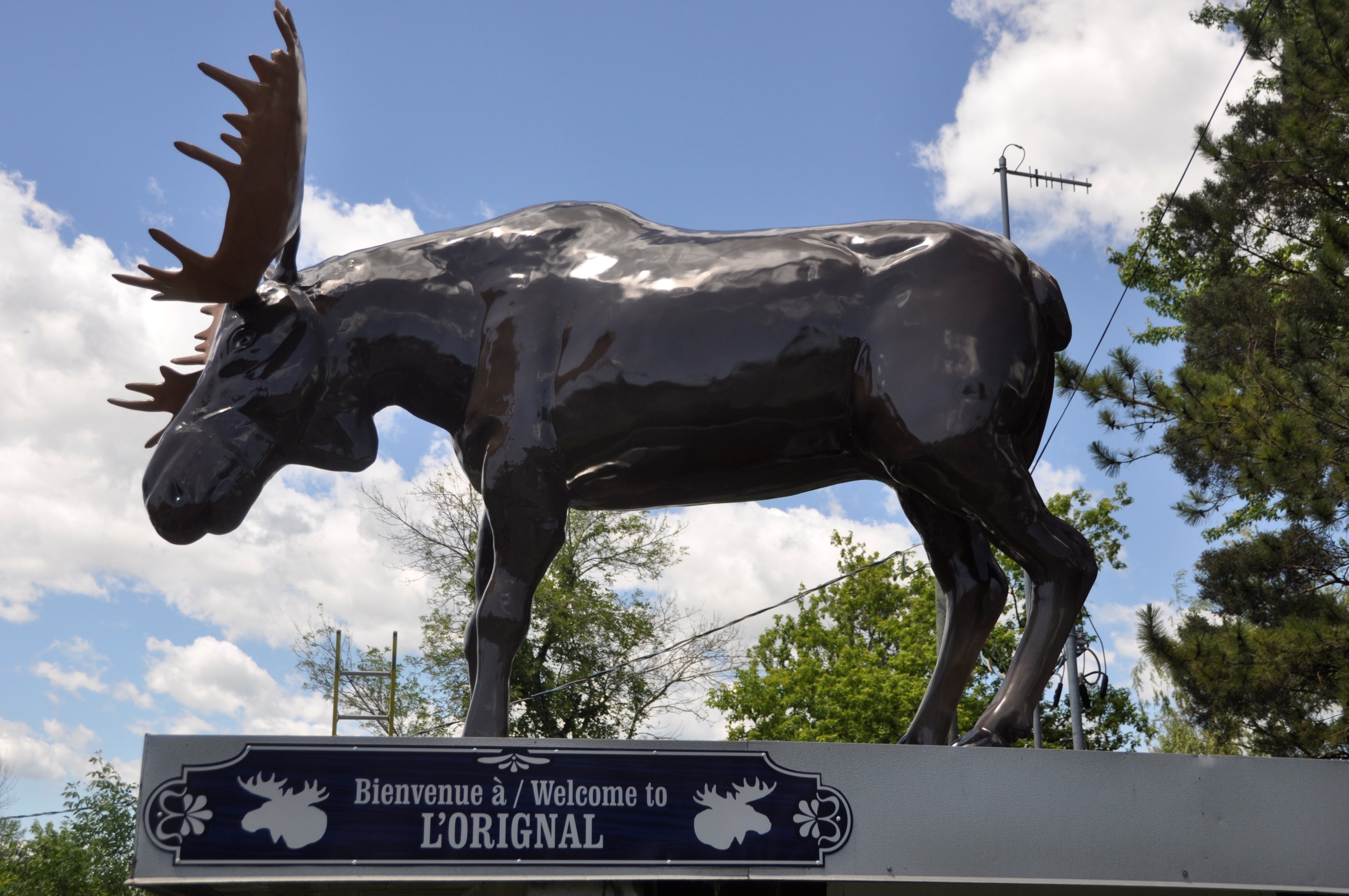 The moose spent several months on the roof of a municipal pumping station in L’Orignal last year. Photo: Katie McCall

If you have been wondering where the recently-acquired moose in L’Orignal went, you won’t have long to wait until the moose makes its reappearance after a winter retreat.

The moose (the word L’Orignal is French for moose) was purchased last year for $5,000 plus installation costs to place it on the top of a municipal sewage pumping building at the corner of King Street and John Street, but was removed last year to allow roof repairs to be done.

Now, council says it will install the moose at a location along Highway 17 for better visibility, and not on a roof, if the mayor has his way.

“I don’t know about you, but I have never seen a moose on a roof,” said Champlain Township Mayor Normand Riopel. In a lighthearted manner, Vankleek Hill ward councillor Peter Barton searched online for a moose on a roof, found one and showed council the photo on his laptop within a few seconds.

The municipality is considering installing the moose near the welcome signs to the village, along Highway 17.

But L’Orignal ward councillor Jacques Lacelle says that the moose might be damaged by people climbing on it. He said people had even climbed up on the roof of the municipal building last year in order to sit on the moose.

Although there was mention of building a fence around the moose, West Hawkesbury councillor Sarah Bigelow said that people like to take photos when there is a mascot or other scenic spot at the entrance to a town.

Last year, a reader shared a photo of the moose in its rooftop home with The Review and pointed out that other Canadian communities have larger-than life emblems or mascots, too, such as: the Great Canadian Landmark Map joining Rankin Inlet’s Giant Inukshuk, the world’s largest hockey stick in the Cowichan district, Vegerville’s impressive Ukrainian Easter Egg, Sudbury’s Big Nickel, Colborne’s Big Apple, Shediac’s Big Lobster, Glover Harbour’s Giant Squid and the The Woolly Mammoth of Whitehorse. Following in the great steps of the Wawa Goose, L’Orignal now has a Moose on a Rooftop! We may not be as big as “Mac the Moose” of Moose Jaw, said Katie McCall, but according to her, the L’Orignal moose puts the village on the map.