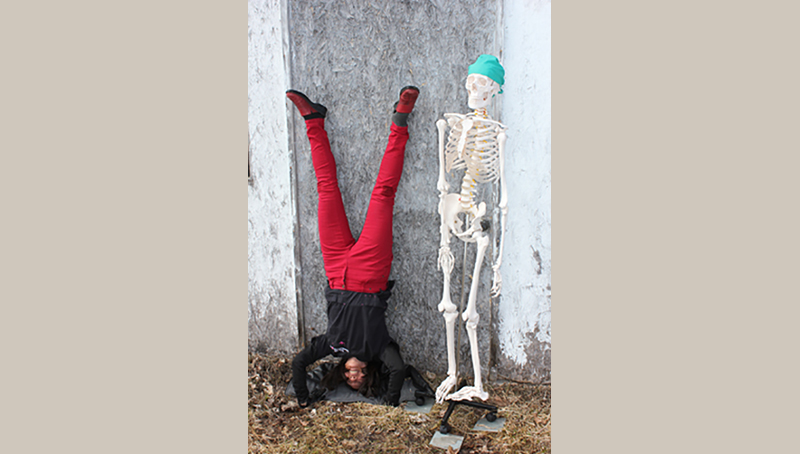 The author of the popular Hope Sze mystery series has penned several others books, but soon she will be onstage at the Ottawa Fringe Festival, to perform I Am the Most Unfeeling Doctor in the World (and Other True Tales From the Emergency Room).

Yuan-Innes is the writer and producer of the show.

“My show covers everything from my first delivery–where the newborn’s debut view of the world was a garbage can, and his dad crooned, “You’re so ugly”–to my own father’s fight with brain cancer at the Ottawa Hospital. Originally, I wrote essays for the Medical Post, which became a popular book, before its metamorphosis into theatre,” says Yuan-Innes.

The show will premiere at the Ottawa Fringe Festival on June 13. The show is based on her raw, funny, unfiltered columns in the Medical Post, which were turned into a bestseller called, “The Most Unfeeling Doctor in the World.”

“I’m more comfortable on the page — and in the ER — than on the stage, but the Ottawa Fringe had these great boot camps on everything from dramaturgy to directing,” says Yuan-Innes, who writes medical crime novels under the name Melissa Yi.

“I wanted to figure out how to dramatize my novels. Then I decided to start with real life, because everyone is curious about blood, bile and guts. Still, I wouldn’t have made the leap, except I won their Open Doors program.”

The Open Doors mentorship program randomly selects two brand new producers who self-identify as a minority. All Fringe fees are waived and winners are paired with a mentor.

You can view the trailer here.