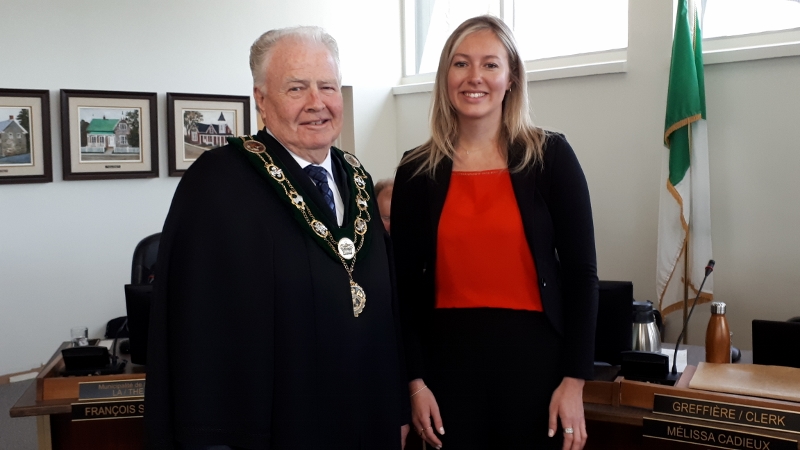 There are a lot of staffing changes happening at the United Counties of Prescott and Russell (UCPR).

At the May 22 counties council meeting, two hiring-related decisions were approved, and two retirements were officially announced.

Council unanimously approved the hiring of Valérie Parisien as the new treasurer for the counties.  She will replace Julie Ménard-Brault who is retiring later this year.

Valérie Parisien, a Chartered Professional Accountant (CPA), has served as the treasurer for the Township of Alfred and Plantagenet since 2017 and worked as an auditor for six years before that.

“I’m very happy about it,” she said in response to her appointment.

The UCPR is facing a potential loss of $1.4 million in provincial grant funding due to budget cuts this year.

She said she is looking forward to working with UCPR staff and council.

Emergency Services Director Michel Chrétien officially announced his retirement, which will take effect on November 30.  Administrative staff within the Emergency Services Department will assume the various duties Chrétien currently performs.  The UCPR is not preparing to hire a new director yet as it is waiting to find out about plans by the Ontario government to reduce the number of ambulance and paramedic services operating in the province.

Chrétien thanked UCPR staff and council for their support.  He said community service has always been his priority.

Warden Robert Kirby said it was an honour to work with Chrétien and his departure will be a loss to the counties.

“I have a special place in my heart for the residents and their families,” Lalonde said.

Lalonde’s retirement takes effect on October 31 and comes as the UCPR is planning to build a new Prescott-Russell Residence on Spence Avenue in Hawkesbury.

The external recruitment process to find a new administrator will begin immediately.