60 homes in Champlain Township were monitored during flood situation 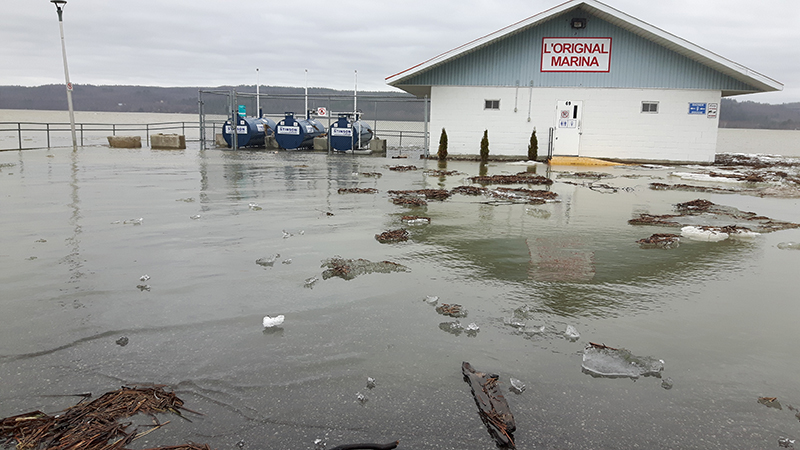 Fuel tanks were firmly attached during the flood situation when the Ottawa River water level rose.

Community Emergency Management Coordinator Dan Holmes points out that while the water level did not reach that of 2017 levels, there was concern that water levels would reach or exceed the 2017 levels.

According to Holmes, 60 homes were surveyed by firefighters. Twenty-seven homes were sandbagged and five homes suffered some form of damage.

Support came from a small group of volunteers plus a contingent from the North Glengarry Fire Services. Firefighters in L’Orignal were assisted by firefighters from the Vankleek Hill fire station. On Saturday, April 20, volunteers spent the morning sandbagging; volunteers included almost the entire council, most department heads, firefighters, roads and recreation staff and community volunteers.

The Town of Hawkesbury offered use of the complex to affected residents for showers, free wi-fi, etc.

Champlain Township works with a number of agencies as part of the Municipal Emergency Control Group (MECG). Any member of the MECG wanting to initiate the Emergency Notification System must first contact and obtain the concurrence of either the Chief Administrative Officer (CAO) or the Community Emergency Management Coordinator (CEMC). In this case, a state of emergency was not declared.

Planning began in early March in anticipation of rising water levels, with the CEMC attending the South Nation Conservation Authority’s annual flood forecasting conference. While the CEMC was involved in the early stages, discussions included determining when the Municipal Emergency Control Group would be contacted.

At press time, no actual costs associated with the flood were available.