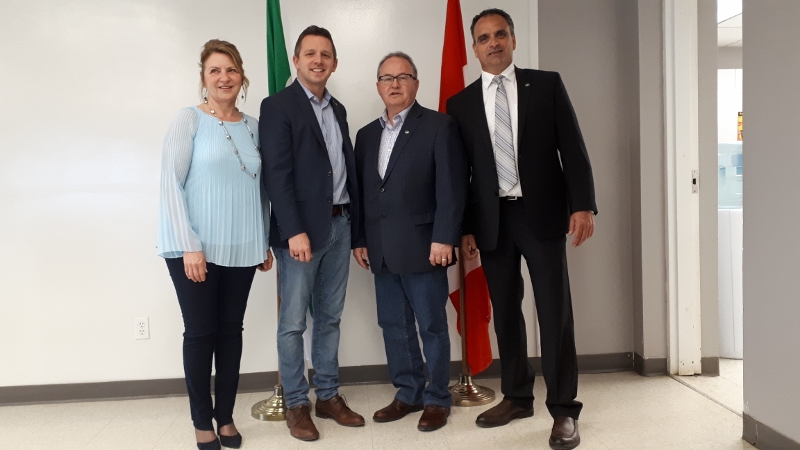 Accessibility improvements will take place soon at a municipal building in La Nation.

On May 10, Glengarry-Prescott and Russell Member of Parliament Francis Drouin announced $88,485 from the federal Enabling Accessibility Fund will allow the municipality to build three exterior ramps, three accessible bathrooms, enlarge doorways, and install automatic door openers at the satellite office in Fournier.

“For us, it’s really important that all of our residents have access to our facilities,” said La Nation Mayor François St-Amour.

The main municipal administration office is located near Casselman, but La Nation covers a large territory, so it operates the Fournier office for residents in the northwestern part of the municipality.  Residents can pay property taxes, obtain permits, and access all other municipal services at the facility.  It also gets used as meeting space by staff.  The Fournier office was originally the South Plantagenet Township municipal office before amalgamation.

Councillor Marie-Noëlle Lanthier said the building is also used as a polling place for elections, so accessibility for voters is important.

“This funding will have a tremendous impact on persons with disabilities in our community,” said Drouin.

The accessibility renovations at the La Nation municipal office in Fournier will begin in June and are scheduled for completion in September. 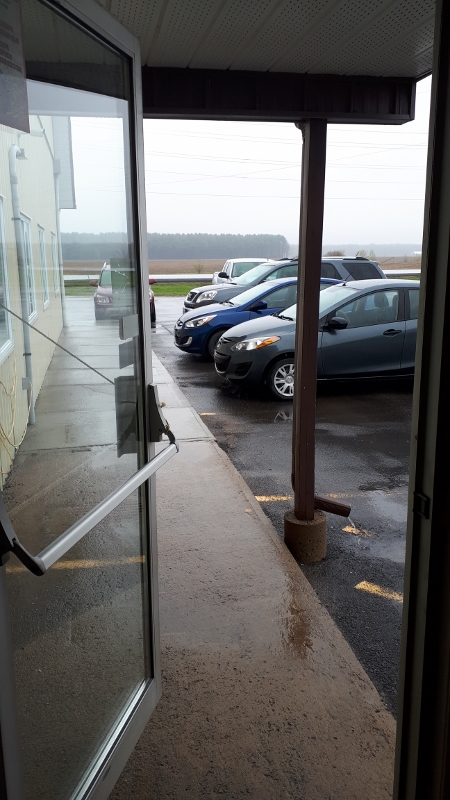 One of the places where a ramp will be installed and door modifications will be made to improve access to the La Nation municipal office in Fournier. Photo: James Morgan