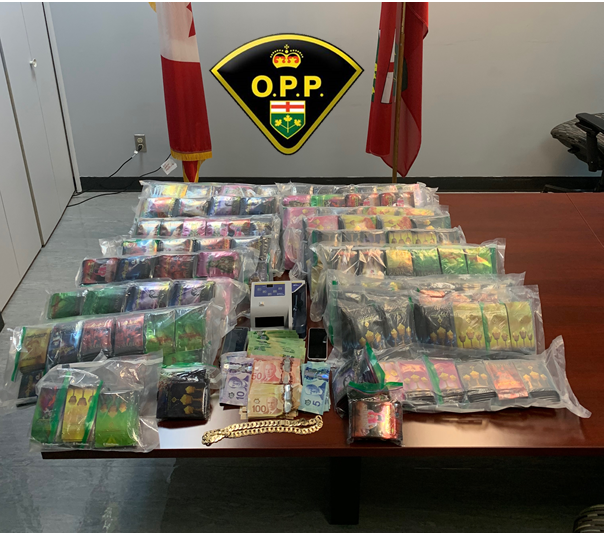 The investigation revealed that the driver was in contravention of the Ontario Cannabis Act, resulting in a search of the vehicle. The search uncovered nearly 5000 packets each containing one gram of concentrated cannabis, several containers of cannabis resin and over $4,000 of Canadian currency. The drugs seized had a total value of nearly $170,000.

As a result of the investigation, a 24-year-old Cornwall man was arrested and charged with:

• Possession for the purpose of distributing CA 9(2);

• Possessing cannabis for the purpose of selling CA 10(2);

The accused is scheduled to appear in the Ontario Court of Justice in L’Orignal on April 24, 2019.