Brownsburg-Chatham approves zoning for medical cannabis facility, but neighbours are not happy 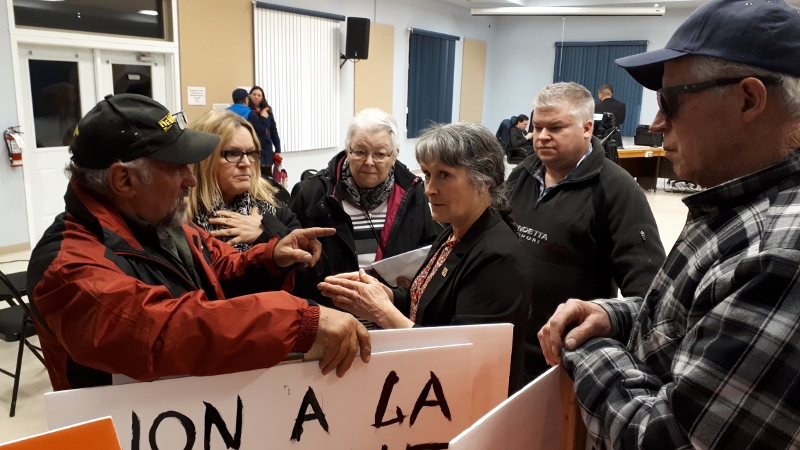 Plans to cultivate cannabis are raising some controversy in Brownsburg-Chatham.

At the April 2 council meeting, an amendment was approved that will create an agricultural zone on a property between St-Philippe and Lachute.

The area is now designated A-132, which is the agricultural zoning code under Québec law.

AAA Trichomes is planning to build an indoor facility on the property to grow cannabis for the medical market.

Several residents of the area attended the meeting at the Louis-Renaud Community Centre to oppose council’s decision. Resident Michel Leclair spoke on behalf the group and others held picket signs behind him when he approached the microphone to state his opposition.  After he was finished speaking, Leclair took the picket signs from the other protesters and dumped them on the floor in front of Mayor Catherine Trickey.  The residents collected the signs again after the meeting to take home and put in their front yards.

Before the motion was approved, Director-General Hervé Rivet outlined the consultation process that had taken place and the various conditions AAA Trichomes must meet.  Those include having a completely enclosed building, setback distances from other buildings on neighbouring properties, and an air filtration system that will ensure odourless emissions from the facility.

Councillor Sylvie Décosse asked for a vote of all council members on the proposal, rather than just a mover and seconder which is standard procedure.  The approval was unanimous.  Councillor Stephen Rowland was absent.

After the meeting, Leclair and the residents had a sometimes tense, but also friendly argument with Trickey.

“The way they made the project is not fair,” said Leclair.

He said there were two meetings between the residents and Urbanism Director Danielle Cyr, and a third meeting was promised, but it had never happened.

Resident Ken Gagnon said he and his neighbours wanted the facility to locate on another nearby property that is an old sand pit.

Gagnon said if the cannabis facility was located there instead, it would be further away from homes.  He added that he does not want the high fences and security lighting the facility will have set up near his house.

Martin Charron, who is attempting to start a citizen organization called Citoyens Unis de Brownsburg-Chatham, said he had discussed with the residents the idea of locating the cannabis facility on another property.

Leclair also alleged his calls to the municipality and to the mayor were not answered.  He showed the call log on his phone to the mayor.

Trickey later told The Review that there was not enough time to arrange the third meeting and that she did have a telephone conversation with the concerned residents prior to the council meeting.

On April 3, the town issued a news release defending the zoning change.  It highlighted the conditions that the company must meet and emphasized that agricultural zoning is necessary in order to comply with federal regulations for cannabis growth facilities.

The release also stated that 400 new full-time jobs could be created because of the new industry. 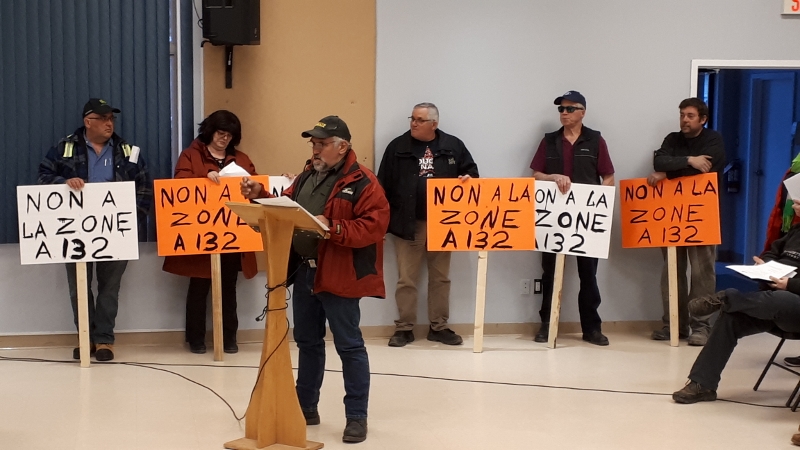 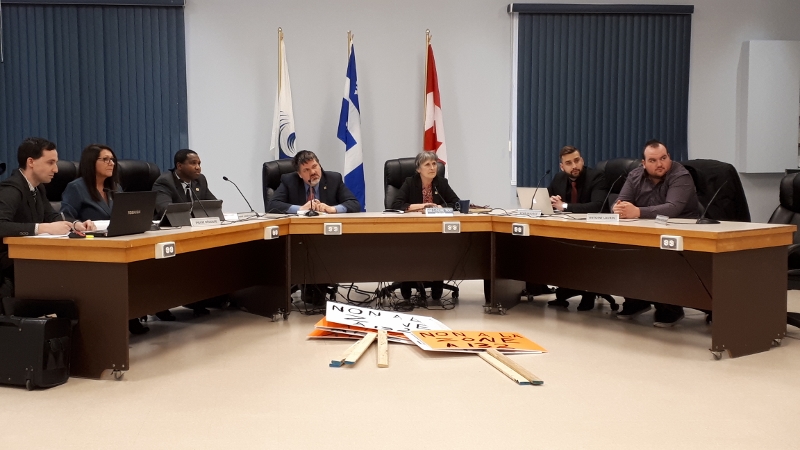 The residents signs were dumped on the floor in front of Mayor Catherine Trickey’s seat. Photo: James Morgan 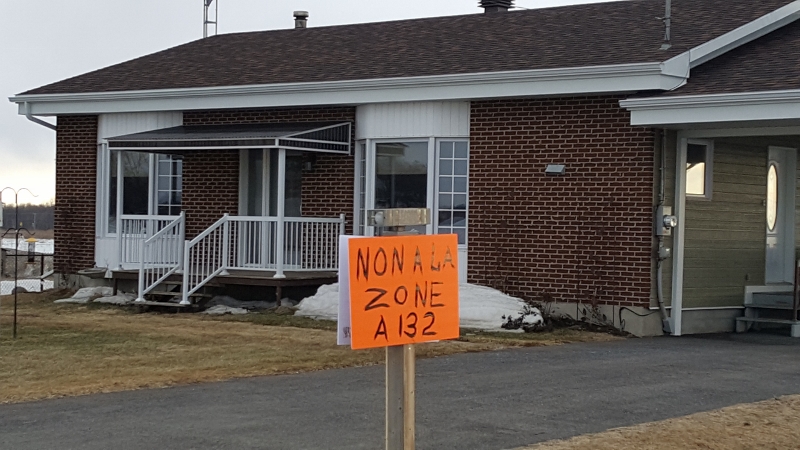 Residents near the proposed cannabis facility have put signs in their yards opposing the zoning change. Photo courtesy of Michel Leclair