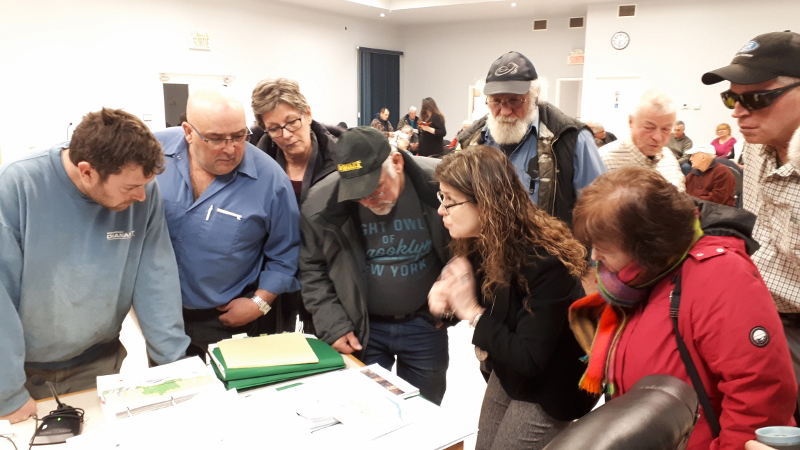 More time is needed for discussion with residents before zoning changes go ahead to allow a new medical cannabis growing and processing facility in Brownsburg-Chatham.

A public consultation was held on the proposal on February 5, and there were a lot of questions and confusion about the proposed development by AAA Trichomes, to be located in the area between St-Philippe and Lachute.

Residents continually interrupted Urbanism Director Danielle Cyr while she tried to explain the need to change the zoning from residential to agricultural.

One resident questioned why the facility had to be agricultural when it is indoors.  Cyr responded that agricultural zoning for a medical cannabis facility is recommended by provincial and federal guidelines.

Other residents asked if the road infrastructure in the surrounding area would be able to support the additional traffic, and if there is enough electricity locally to supply the proposed plant.

Cyr said power to the site would come from Hydro-Québec’s Lachute substation and that the issue of supplying power to the facility is for the developer to discuss with Hydro.

Mayor Catherine Trickey struggled to maintain control over the growing confusion and noise in the room.

Cyr called a “time out” and spent 20 minutes meeting with a small group of residents at the front of the room.  She took names and telephone numbers of the residents and offered them further opportunities to contact her and discuss their concerns.

Council decided to defer the zoning change to allow for AAA-Trichomes to have more opportunity to address the concerns of area residents.