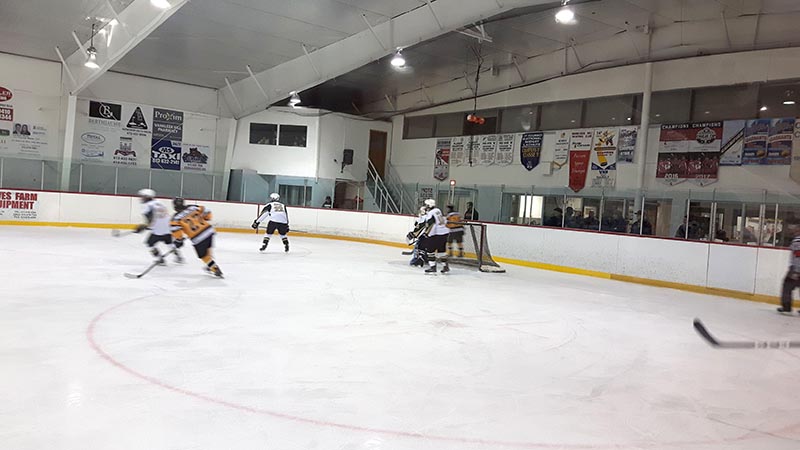 The Vankleek Hill Junior “C” Cougars put on an impressive display over the weekend, winning three out of four games to close out the 2018-2019 National Capital Junior Hockey League (NCJHL) regular season.

On Friday, the Cougars opened their final weekend of the season with a home game against the Morrisburg Lions. Vankleek Hill would waste no time asserting their will, putting up four goals in the first period en route to a lopsided 7-1 win. Eleven different Cougars picked up points in the victory, including three-point outings for both Trystan Lavoie (1g, 2a) and Ryan Allen (2g, 1a).

Saturday saw the Cougars at home once again—this time for a tilt against the St-Isidore Eagles. Coming off an 8-2 drubbing at the hands of the Eagles the previous Saturday, Vankleek Hill hoped to reverse the result in their final home game of the regular season. In fact, they would do just that, scoring three goals in the second period to power their way to a 7-2 victory. For the second straight game, 11 different Cougars would get involved in the scoring, highlighted by a four point night from Keean McEachern (1g, 3a).

Next up, the Cougars would travel to Vanier to take on the South Grenville Rangers in the first of two back-to-back matchups between the teams to end the regular season. After outscoring their opponents by a combined 14-3 in their two previous games, the Cougars would find themselves in a much tighter contest in this one, with the game deadlocked at one apiece entering the final frame. Ultimately, Vankleek Hill would come out on top with two goals in the third to take a hard-fought 3-2 win.

In the second game of the back-to-back on Monday, the Cougars and Rangers met in Cardinal to play the final games of their respective seasons. Things looked good for the Cougars early as they took a 2-0 lead into the second period. But the Rangers would come back strong in the second, outscoring Vankleek Hill 4-1 in the period to take a 4-3 advantage. Unfortunately for the Cougars, that is as close as they would come, with South Grenville adding two more in the final frame for a 6-3 final. Vincent Huneault (1g, 1a) and McEachern (2a) each had two points in the loss.

The Cougars will finish second in the East Division with 50 points and will meet the Bytown Royals in the first round of the playoffs. The first game is set for Friday, February 22 in Ottawa, followed by games in Vankleek Hill on Saturday (February 23) and Sunday (February 24).