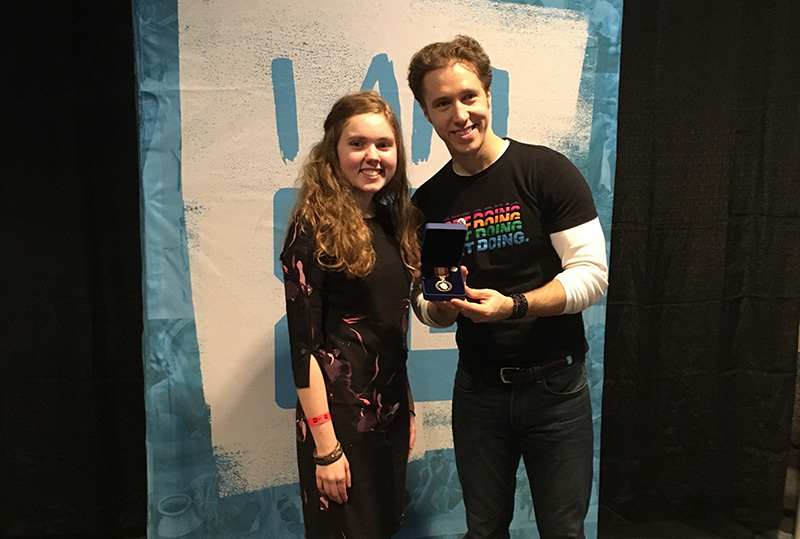 Madeleine Fortin is seen here accepting her medal from humanitarian Craig Kielburger at WE day, which took place in Montreal on February 11, 2019

Vankleek Hill Collegiate Institute (VCI) student Madeleine Fortin was presented with the Governor General’s Sovereign Medal for Volunteers at WE day, which took place at Théâtre St-Denis in Montreal on February 11. Fortin received her medal from humanitarian Craig Kielburger, who started the WE movement more than 20 years ago. Craig and his brother Marc, believed that together, WE can change the world. They set out to work with developing communities to free children and their families from poverty and exploitation.

The Review spoke with Fortin on Monday, a few hours after she received her award. She shyly confessed that she was feeling “kind of ecstatic” and said that it felt unbelievable.

Fortin says she had no idea that she had been nominated for the award until last week and then learned on Friday from VCI teacher Natalie Kouao (Kouao nominated Fortin for the award), that she would be receiving an award. Fortin says that one other student received a similar award at the WE Day event.

Since the beginning of her high school career, Fortin has played an active role in VCI’s Me to We Club, and took the initiative to spearhead an awareness campaign and fundraiser for the Veterans’ Transition Network. She is a keen and key participant in all of the club’s activities throughout the year, from bake sales for the Society for the Prevention of Cruelty to Animals (SPCA) to collecting winter clothes for those in need locally, to helping organize the community-wide Dining in the Dark event for the CIBC, being a part of henna fundraisers for Syrian refugees and several food drives.

More recently, Fortin started the VC Eye, a newspaper/magazine for the school which serves as a creative platform and a welcoming venue for student contributions in her favourite areas of study: writing, reading and art.

Fortin has been involved in social justice activities since she was in Grade 4, helping with Christmas baskets for the needy, volunteering and the local and school libraries and organizing fundraisers for her elementary school’s Kids Care Club. 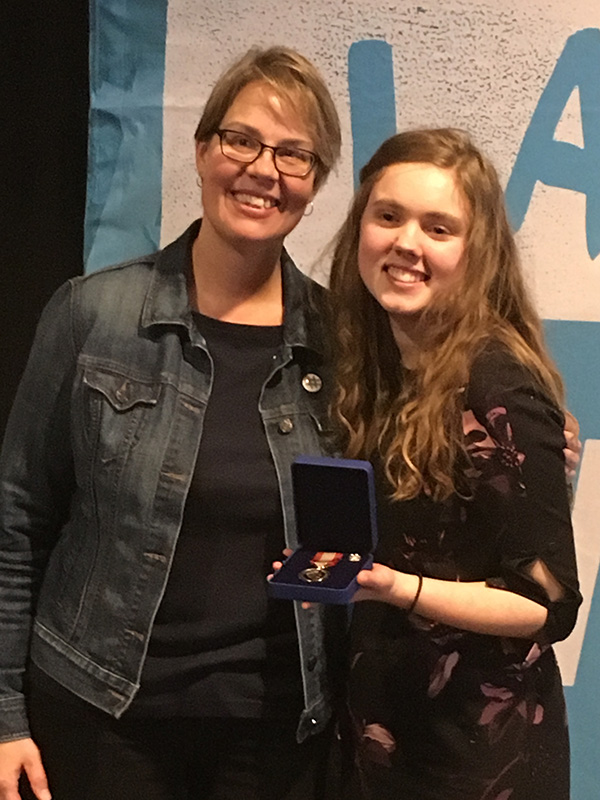 She received the VCI Excellence in Character and Citizenship Award in 2018 and has a long list of volunteer participation to her credit, including Child Haven International (for example, she has volunteered at the organization’s annual fundraising dinner for the past years), has contributed to The Review, written for The Review, recorded and edited community announcements for community radio station Vankleek FM and has been a volunteer at her church.

So: why does she volunteer?

“I feel like it gives me purpose. And it helps other people. It just makes sense. People need to be helped and I have privilege, so I can help,” said Fortin.

WE Day is the manifestation of the WE movement, an ocean of people coming together to create impact. Standing in a stadium full of change-makers will reaffirm your belief that a better world is possible.

WE Day brings world-renowned speakers and A-list performers together with tens of thousands of young people to celebrate their contributions and kick-start another year of inspiration.

Beginning as a single event nearly ten years ago, WE Day has evolved into a series of 19 stadium-sized events held across the United States, Canada, the UK and the Caribbean. This past year, 200,000 students attended WE Day and left inspired to create change both locally and globally.