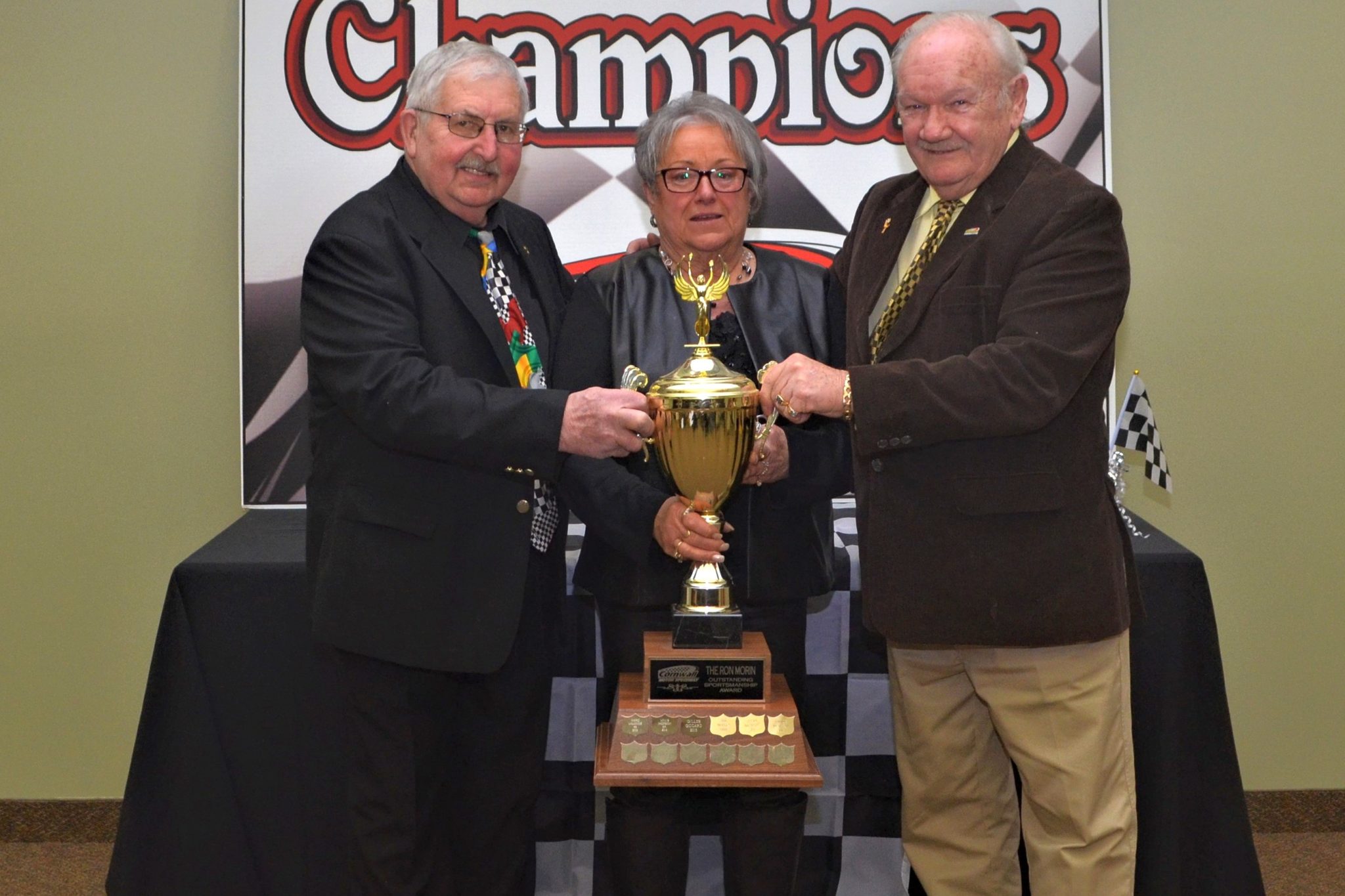 On Saturday, January 26, Cornwall Motor Speedway put a final stamp on the 2018 racing season as over 225 guests gathered at the South Stormont Community Hall to celebrate their champions of last season. Not only are the champions celebrated, but also those who have been contributing to the local motorsport. This year, Alexandria resident Ovide Doiron received the Ron Morin Award – named after the former Cornwall Motor Speedway owner, to honour one’s outstanding sportsmanship in motorsport.

“I was very surprised to get this prize,” commented Doiron. His involvement in motorsport goes back to his teenage days when he moved from New Brunswick to Montreal. Doiron has never looked back. During his career, Doiron has gathered over 300 wins and more than 25 track championships. His trophy room is filled with many awards. Doiron is considered the pioneer of racing in Glengarry and takes pride in this. He continues to be a mentor for many and always maintains an open-door policy to help out. “When I go to the track,” continues Doiron, “There’s always someone who stops me to adjust a carburetor or check something else on his engine. It’s my pleasure to help everyone!”

His son Joel, the actual race director at Cornwall Motor Speedway, says he has seen his father give countless hours to racing, to his customers and non-customers! “What he has brought to racing in this area will never be duplicated, in my opinion.”

Daughter Brigitte Doiron-Sauvé comments, “When I heard about this award being presented to my Dad, I was so happy for him. This couldn’t have happened at a better time. He sure deserves the Ron Morin Award for everything he has contributed to his ‘racing family’!”

“Ovide Doiron (left) accompanied by his wife Carole receives the Ron Morin Award from the hands of his friend Ron Morin himself. Doiron’s smile says it all on how happy he was.” Photo courtesy of Rickattherace.com